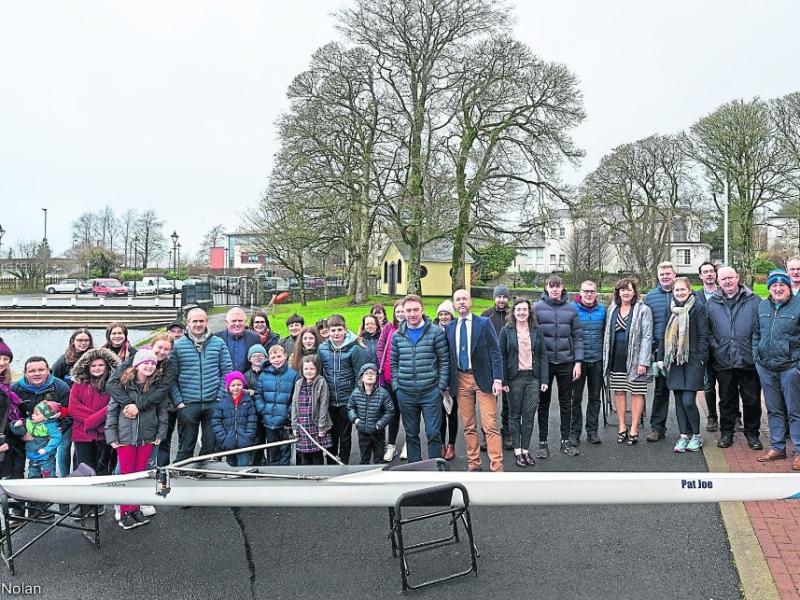 To top off a wonderful weekend at Carrick- on-Shannon Rowing Club the committee and members joined the Keane and Reynolds families for a boat naming ceremony at the club last Sunday morning.

The club was honoured to name their new club scull the 'Pat Joe' in respect of the late Leitrim TD and lover of all things Leitrim. 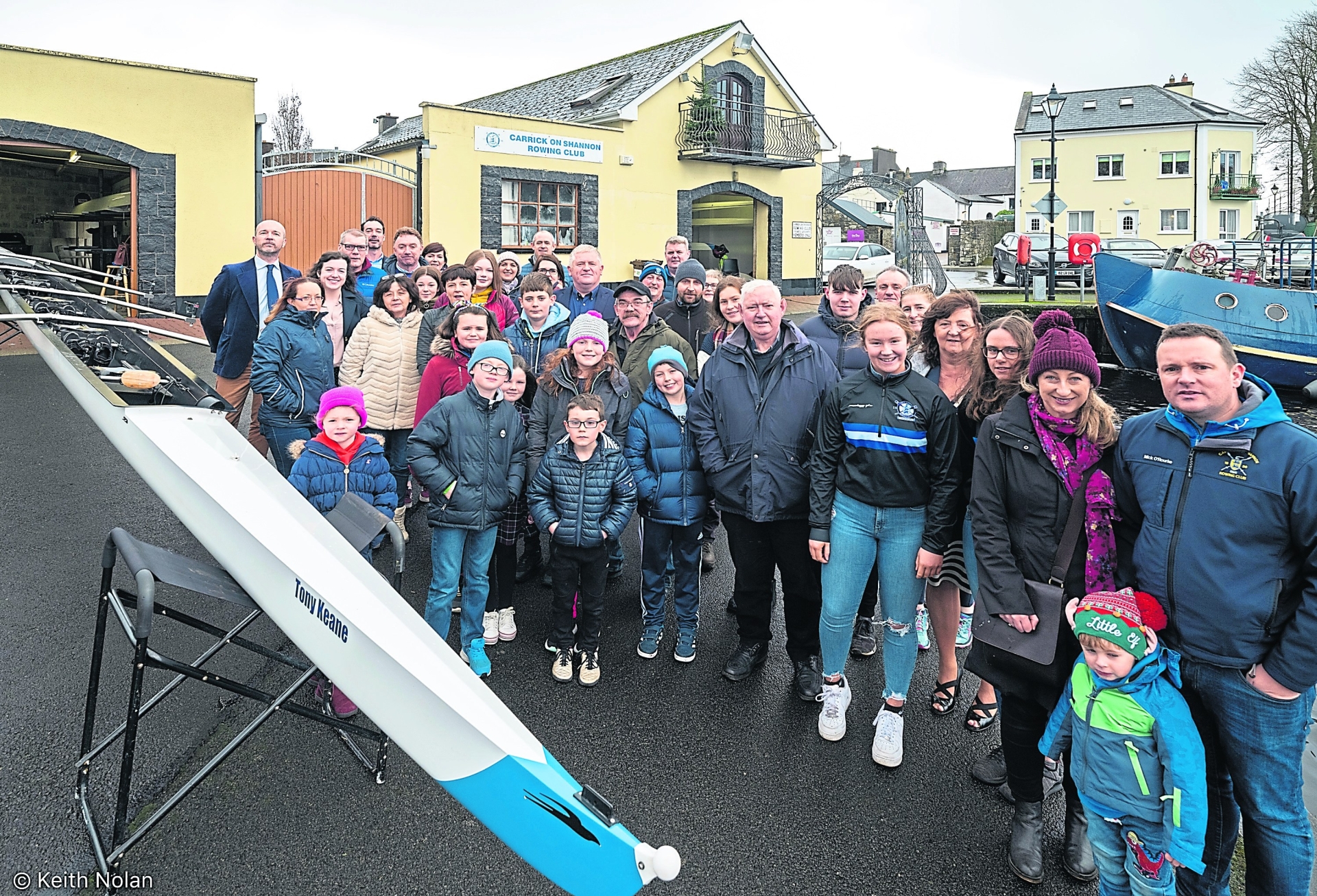 The new scull was made possible with the support of Pat Joe's son and local businessman Gerry Reynolds. Already the Pat Joe saw competitive action at Saturday's Head of the Shannon.

A previous double scull the 'Tony Keane' had reached its life span after many years of service at the club. It was decided by the committee that the club would not be without a 'Tony Keane' so they were delighted to unveil the new coxed quad honouring the club's former Life President, Captain, Mentor and Friend.

The small get together came on the back of a very successful weekend for the club and county with the hosting of the Head of the Shannon.

Topping off a wonderful weekend at he club. pic.twitter.com/cTMaoonCyd