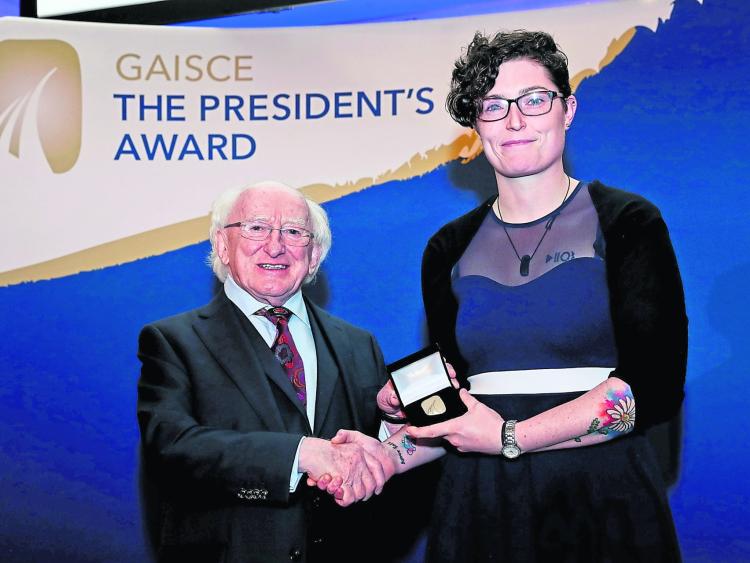 More than 30,000 hours of commitment and dedication by young people was recognised at a special ceremony held by Gaisce – The President’s Award in Dublin Castle last week.

Patron of Gaisce and President of Ireland, Michael D. Higgins, presented 77 inspirational young people from across Ireland with their prestigious Gaisce Gold Awards.

The ceremony was MC’d by the inspirational Sinéad Burke, teacher, writer, broadcaster, fashion-admirer and advocate for disability.

Since his first inauguration in 2011, President Higgins has been a strong supporter of the Gaisce programme. As part of his focus on active citizenship and the promotion of a more inclusive society, the President has paid tribute to Gaisce Awardees for their community work and their support for civil society groups. The President has also praised the President’s Award Leaders, who he said play a pivotal role in guiding the young people in the development of their talents and encouraging them to contribute to the betterment of society.

Gaisce – The President’s Award is a self-development programme for young people between the ages of 15-25, which is proven to enhance confidence and wellbeing through participation in personal, physical, community and team challenges. It is a direct challenge from the President of Ireland, Michael D. Higgins, to all young people to dream big and realise their potential.