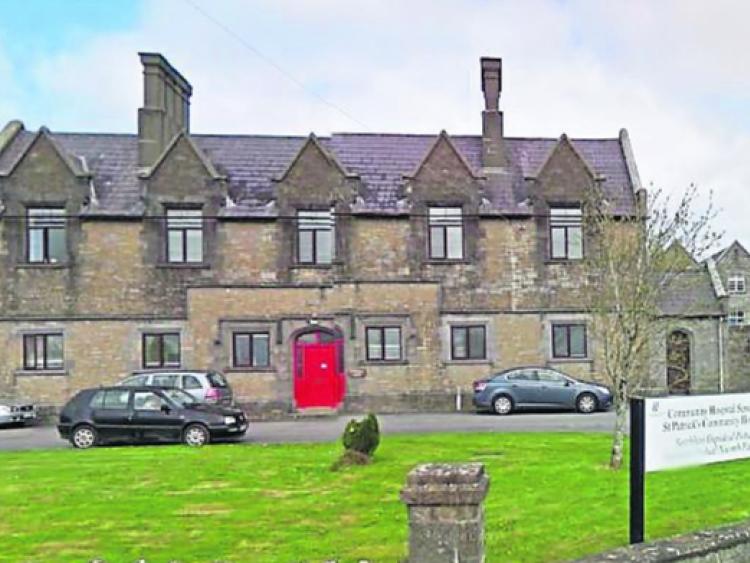 At Monday’s monthly meeting of Carrick-on-Shannon Municipal District an update was provided by the HSE in relation to St Patrick’s Hospital with confirmation received work is being carried out ahead of an application for planning permission for a 90 bed unit being submitted.

It had been confirmed in January 2019 through Minister of State for Mental Health and Older People, Jim Daly, that the legal agreement to purchase a site for the new 95 bed unit at St Patrick’s Hospital in Carrick-on-Shannon was being finalised.

At last month's meeting of Carrick-on-Shannon Municipal District, various queries were raised in relation to the status and finance of the hospital.

In reply to a query submitted by Leitrim County Council, requesting an update on the current situation regarding St Patrick’s Hospital, the HSE replied confirming a design team is working towards making a planning application for a ninety bed unit in Carrick-on-Shannon to replace the existing facility.

The letter added a response is awaited in relation to a suitable date.

This was clarified in the letter from the HSE in which it stated: “The provision of a new community hospital in Carrick-on-Shannon is contained in the HSE Capital Plan as part of the National Programme for HIQA compliance works in Older Persons Services and continues to be a main priority of the Capital Programme 2020-2024.”

The correspondence continues: “Future plans for the hospital include the development of a twenty bed dementia unit on the ground floor, along with two, 25 bed, long term care units and a 20 bed rehab unit.”

Welcoming the commitment provided by the HSE Cllr Enda Stenson said: “Hopefully the hospital issue is sorted. It is needed in the area.

Read Also: Eamon Scanlon thanks his voters: "I will be forever grateful for the loyalty and support"

Those sentiments were echoed by Cllr Sean McGowan who said: “Hopefully this letter is a final one.”

Cllr Thomas Mulligan added: “The Fair Deal system applies equally across the board.”

The letter from the HSE was also welcomed by Cllr Paddy Farrell while Cllr Sean McGowan said: “hopefully this is the last letter.”