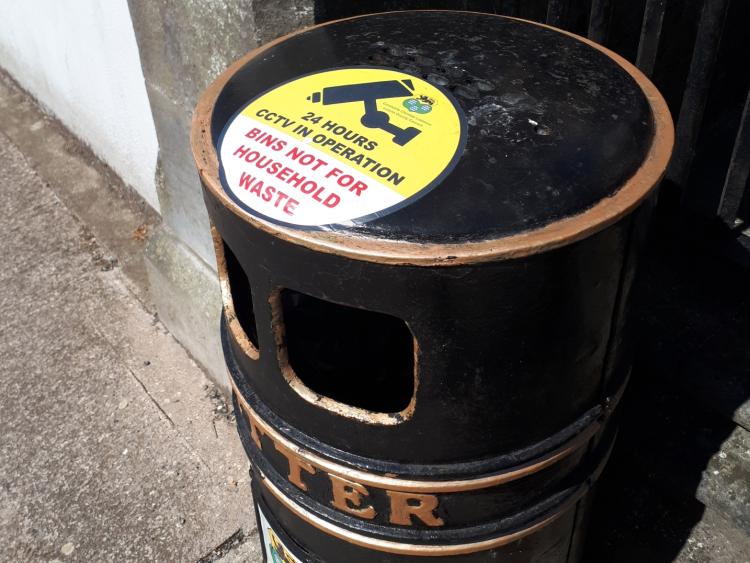 Stickers have now been place on all public bins in Carrick-on-Shannon.

The CCTV system in place in Carrick-on-Shannon is being used to deter people from dumping their household rubbish in public bins in the town.
According to the local authority, there has been a significant increase in the amount of household rubbish being dumped in public bins in recent weeks.
In a bid to combat this, stickers have now been placed on public bins noting that CCTV cameras installed throughout the town centre are being used to monitor the illegal dumping of waste in public bins.
At the Carrick-on-Shannon Municipal District meeting last Monday, members heard that this had resulted in a substantial reduction of dumping in public bins around the town.
Councillors welcomed this but noted that there has also been an increase in illegal dumping elsewhere in the municipal area which also needs to be addressed.