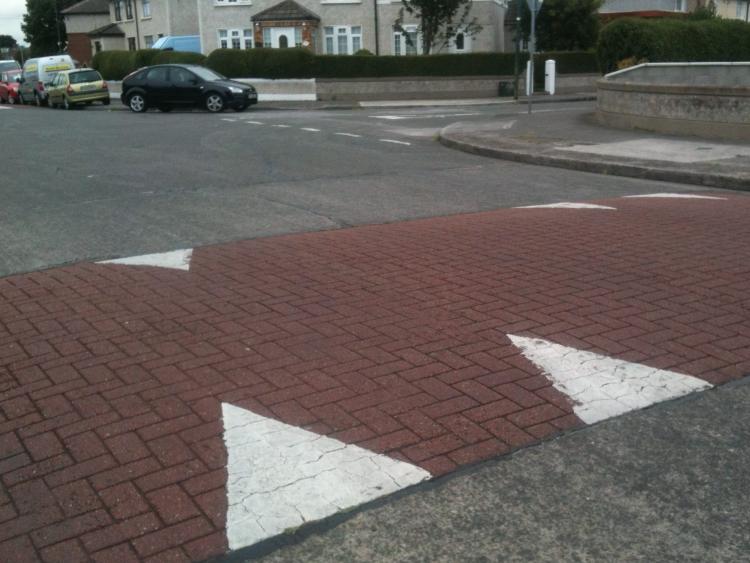 However, he was told by the area engineer, Darragh O'Boyle, that all pedestrian crossings already have such warning signs.

Cllr Guckian raised the matter at an online meeting of Carrick-on-Shannon Municipal District and described the crossings as “steep sided” and “dangerous.” He said that a motorist “can get one hell of a jolt” when they go over them, even at low speed.

He said there are also no advance warning signs for the ramps in Shannon Lodge, Carrick-on-Shannon.

He said he might wear glasses but there was nothing wrong with his eyesight and if such signs exist then he couldn't see them and called for a review of the signage.

Mr O'Boyle replied that if the councillor couldn't see the signs then he did have an issue with his eyesight. He said he went to Rooskey the previous Friday and saw the signs for himself on both approaches. He said the sign on the approach from Carrick was 40 metres from the crossing and the one on the Longford side was 50 to 60 metres from it.

He added that the ramps are constructed to specification and said if you do cross them at speed you will get a jolt, that's the point of them.

Cllr Sean McGowan stated the signs are there alright.

Cllr Guckian said the signs are obviously too far away from the crossing and said they needed to be put nearer and enlarged.

Mr O'Boyle said the signs are also erected to specification and commented that there are, in fact, signs at the ramps in Shannon Lodge and he was looking at the on Google Maps as the meeting was taking place.