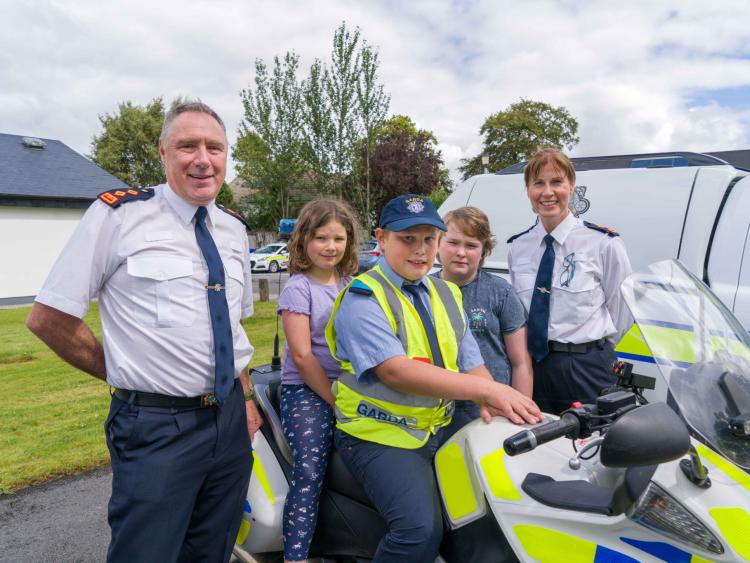 The lockdown due to the Covid-19 pandemic has caused all sorts of difficulties for people in reassessing the way we live our lives and changing our daily practices and routines.

But spare a thought for autistic people who found the whole episode particularly challenging and struggled to cope with the anxiety that lockdown caused.

Eleven year old Patrick Hayden from Annaduff was one such person. His mum Faye spoke with Sgt Cara Kiernan and it is fair to say Cara and her colleagues in Carrick-on-Shannon went above and beyond the call of duty in their response to help Patrick cope.

Cara explained that after speaking with Faye, she got the idea of the Gardai sending Patrick a WhatsApp message every day to keep his spirits up and help him get through.

She ran the idea past management and got the go-ahead. Cara sent out a message to garda units and divisions all across the country and the recordings poured in.

Each day from March 24 to May 22 a short video recording was forwarded to Patrick giving him advice like remembering to wash his hands, staying active, taking his medication, doing what he was told, etc.

Patrick loved the interaction and was even taken on a real checkpoint on the N4 with local gardai.

The video clips to Patrick ranged in length from about 10 seconds to two minutes and came in from the mounted unit, the dog unit, the underwater unit, various detective units and even a song from the Garda Band. A member of the gardai attached to the UN peacekeeping force in Cyprus sent a message as did the PSNI in Northern Ireland.

Last Friday, July 10, Patrick was the guest of honour at a special presentation ceremony at Carrick-on- Shannon Garda Station.

He arrived in his garda uniform in the official garda van driven by his new best buddy Garda Albert McHale. 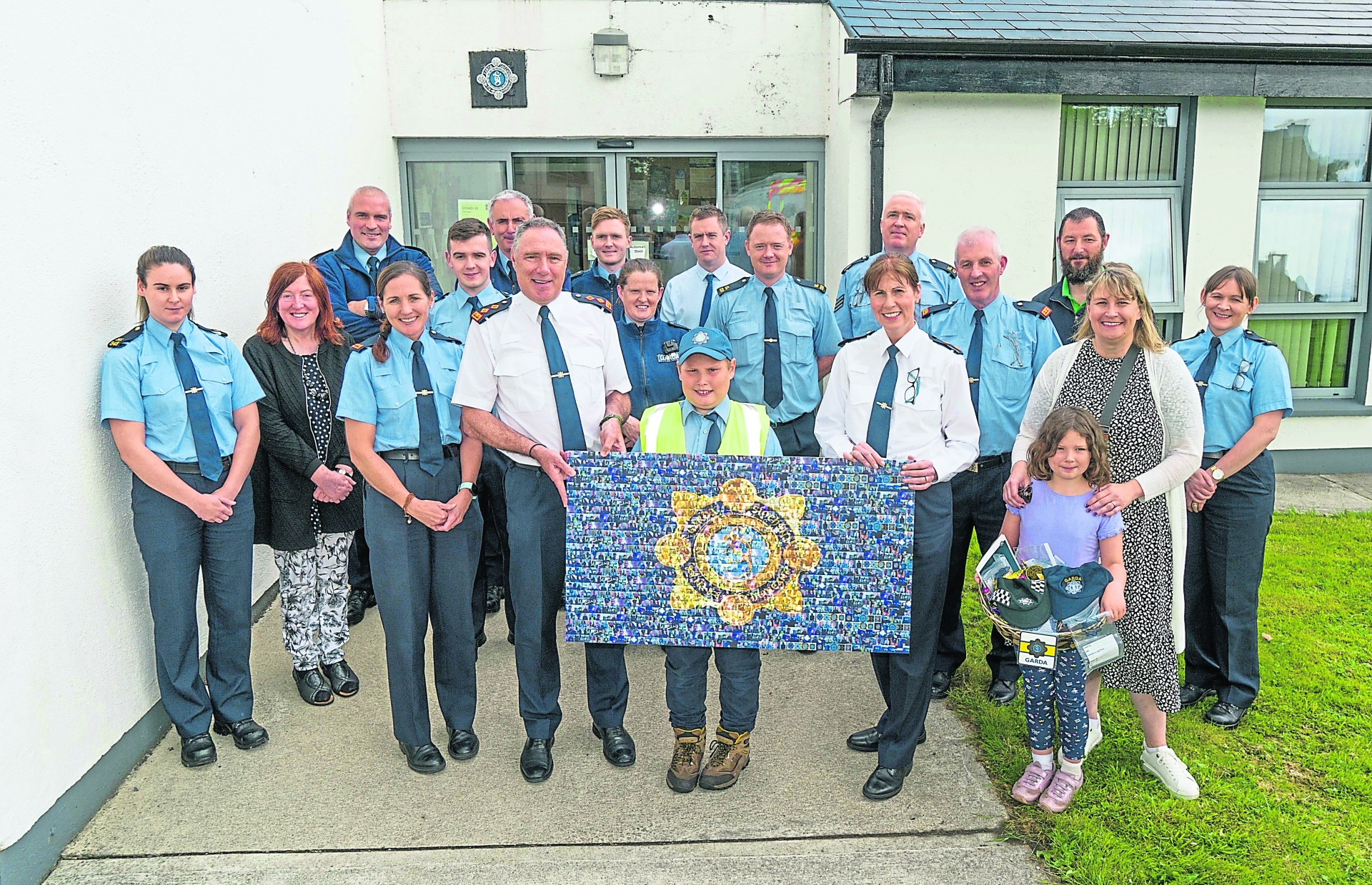 Chief-Supt Aidan Glacken was on hand with newly appointed Supt Mandy Gaynor to present Patrick with some mementos as well as a beautiful collage of still pictures from each of the WhatsApp videos which was compiled by Sgt Kiernan.

Patrick's mum Faye said he was really struggling for the first six weeks of the lockdown and his anxiety was off the scale.

Cara knows the Hayden family and heard that Patrick was struggling. She came up with the idea of a daily message and Patrick was so excited to receive it every day.

“He's become so much calmer and he had this to look forward to every day and if he was getting to the point of a meltdown or was getting anxious we would say lets go and watch the video. He has been so much calmer the last 8-12 weeks,” said Faye.

She said that autistic people have special interests and they are obsessive about it. Patrick's is the emergency services ever since he was tiny.

“He's got garda stuff everywhere and we had visits to the house every day to check he was OK. It was a real pro-active approach, lets find a way to help. 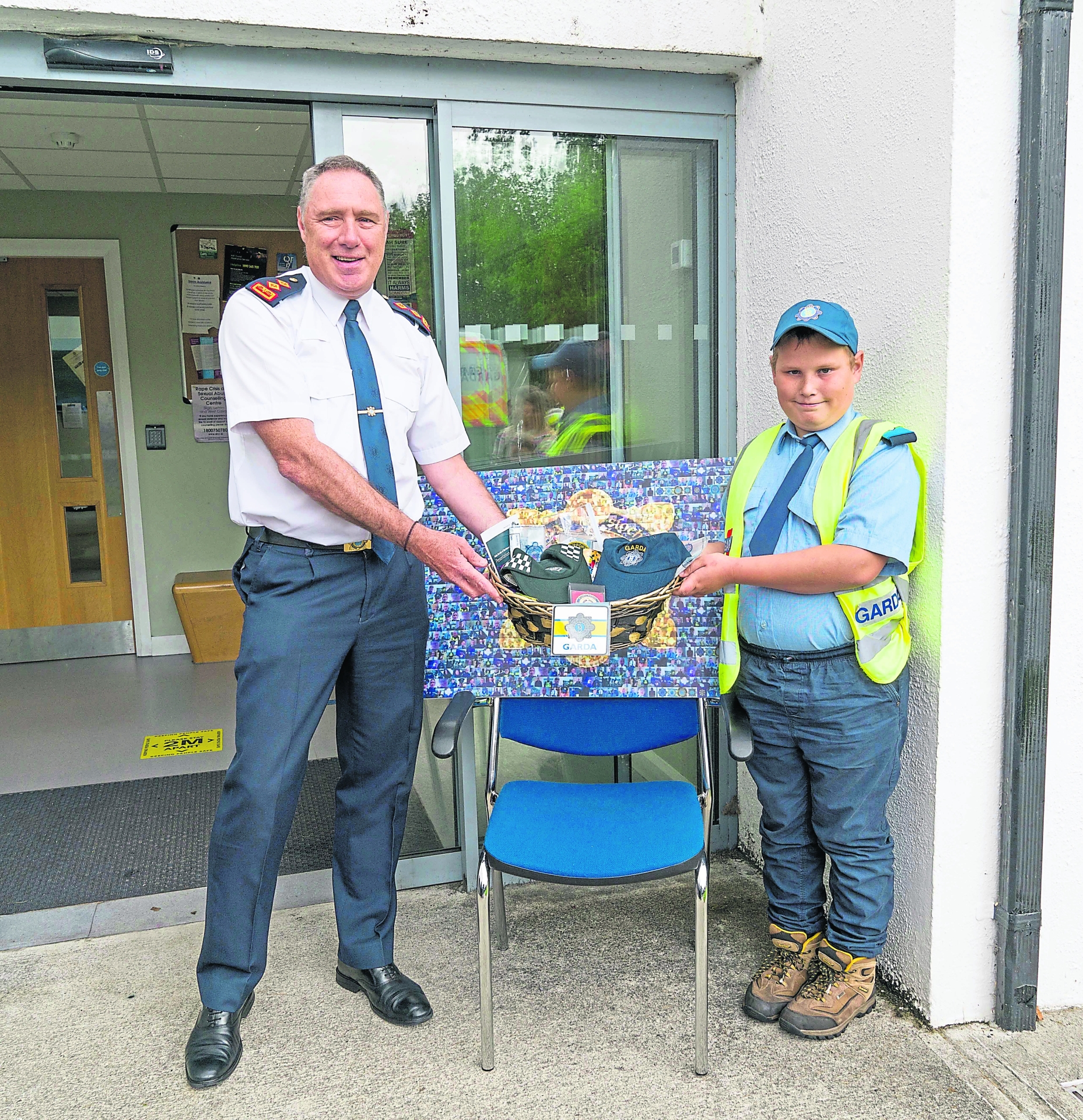 “He's doing really well now, he's happy and cheery, he's come off a lot of his medication. He's a different child, he really is. Cara's been absolutely phenomenal, every single day,” she added.

“The biggest thing to him, and to us, is he knows he matters and a lot of the time he really suffers with his self-esteem and he thinks people don't like him but he knows that he counts and that all the guards all around the country did this for him and that was huge, to say to him you matter, you're a little boy that is important.

“I think for a lot of people with disabilities they just need to know that they count. We can never thank them enough, they're amazing,” said Faye.