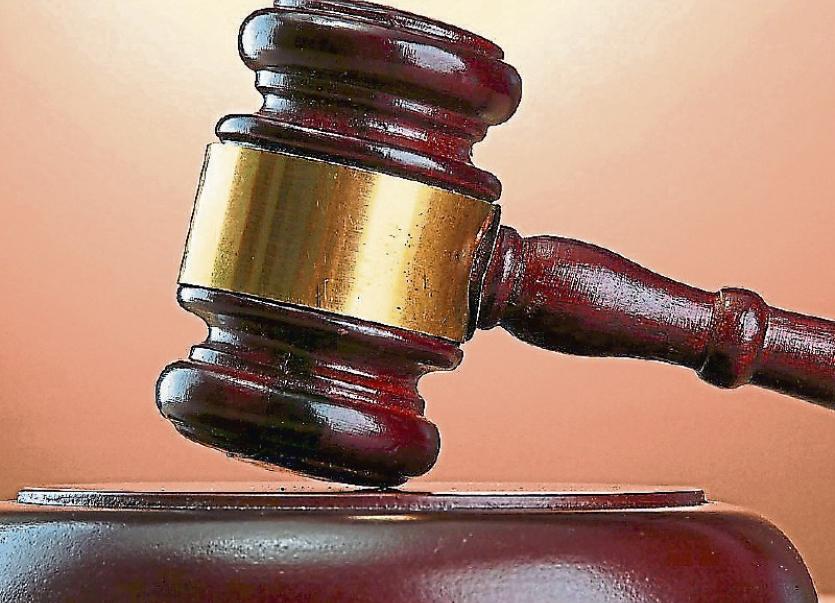 A man who kicked in a church stained glass window causing €1,750 in damage, broke into several businesses, stole from a hospice charity shop and committed multiple counts of criminal damage and public order offences was told he had “run out of road” before being sentenced to 20 months in prison.
Bernard McDonagh, who lives in a caravan parked at the Old N4, Annaduff appeared before Judge Kevin P Kilrane to face a “plethora” of charges relating to offences between September 2019 and October this year.
Sgt Mick Gallagher faced the lengthy process of reading out the offences Mr McDonagh was charged with.
They included several counts of criminal damage and breaking and entering businesses in Carrick-on-Shannon and Mohill; multiple counts of intoxication, threatening abusive and insulting behaviour and refusing to obey the direction of a garda, criminal damage at two churches and the theft of a bike.
Representing Mr McDonagh, Mr Anderson said that his client was 47 and living in a caravan parked off the old N4 near Masonite.
He said that Mr McDonagh has been off drink for a week and added that “a lot of these offences occurred because of Mr McDonagh's drinking.”
He also noted Mr McDonagh was taking psychiatric medication and said that it “didn't help when he (Mr McDonagh) mixed those with alcohol.”
He said his client had asked to be given a chance and had expressed a desire to return to court with €50 a week in compensation.
Taking the stand, Mr McDonagh said “I want to say sorry to people involved. I really regret what I've done.”
“I want to try and change my life. I am willing to pay €50 a week. I would ask for a last chance. I am serious this time,” he told Judge Kilrane.
“I think I'm superman when I have drink on me,” he said before pleading not to be sent to jail.
Sgt Gallagher pointed out that many of these offences targeted businesses who were all struggling to make a living in these difficult times. He added that these businesses had to bear the cost of the damage and loss.
Judge Kilrane observed that Mr McDonagh had pleaded to a “plethora” of charges and said that “the history of Mr McDonagh is well known.”
He noted that the defendant had been effectively made homeless before being offered housing with his brother in Manorhamilton. However Mr McDonagh had been unhappy in Manorhamilton and had come back to Carrick-on-Shannon where he lived in a caravan parked off the old N4.
The Council removed the caravan for a short period but then returned it to Mr McDonagh.
“I have had considerable sympathy for Mr McDonagh before and particularly when he was utterly homeless,” said Judge Kilrane. “However almost every week I was sitting over the summer and spring he was before me on another charge.”
Judge Kilrane said that Mr McDonagh has “been given a lot of chances by me but he has run out of road.”
“What his future is I don't know. He was given so many chances. Now I look back I think he was given too many chances and this should have been nipped in the bud earlier.”
He described some of the offences as “particularly nasty,” noting especially the damage to the stained glass window at St Mary's Church, Carrick-on-Shannon and the break-ins at the North West Hospice charity shop and Carrick Men's Shed.
He said that “decent, hard working people in Carrick-on-Shannon are trying to make a living” and despite this, Mr McDonagh had broken into the properties, causing damage.
For the theft at the North West Hospice charity shop on October 14 he convicted and sentenced Mr McDonagh to five months in prison.
He sentenced him to a further five months in prison for theft at St Mary's Church, Carrick-on-Shannon on July 18, 2020, to be served consecutively on termination of the previous sentence.
“The reason this is consecutive is because he's been given chances and again and yet he persists in re-offending,” said Judge Kilrane.
For the “shocking act of criminality and vandalism” at Carrick-on-Shannon Church he sentenced Mr McDonagh to a further five months in prison.
Finally, for the theft at Super Savers, Boyle Road, Carrick-on-Shannon on September 10, 2020 he sentenced Mr McDonagh to yet another five months in prison. He then ordered that all four, five-month sentences were to be served consecutively.
On all other indictable and criminal damage matters he sentenced Mr McDonagh to five months in prison, but he said this could be served concurrently with the previous sentences.
Dealing with the remaining offences, Judge Kilrane took into consideration the public order charges and those relating to the theft of a bike and damage to a window at the Bush Hotel.
The other remaining charges were struck out.
When asked by Mr Anderson if he would consider suspending any of the custodial sentences, Judge Kilrane said: “There is no possibility of suspending this sentence. I was on the point of considering refusing jurisdiction on a number of these charges.”