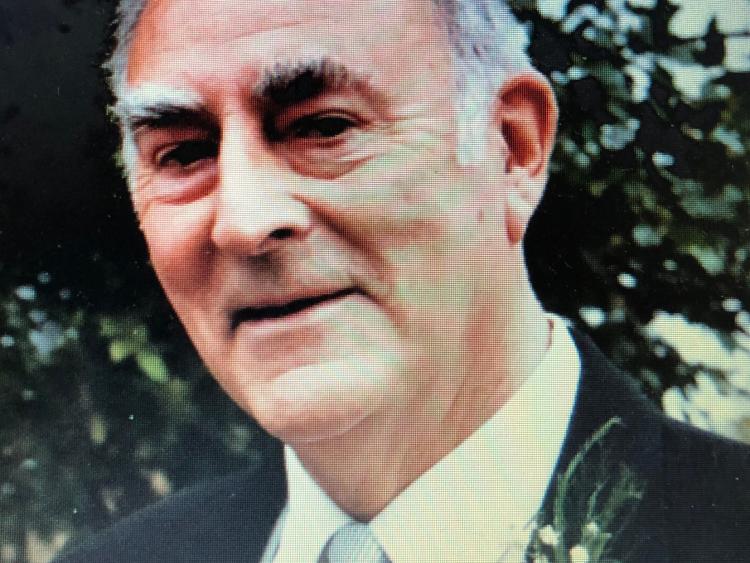 The death has taken place of retired principal of Carrick-on-Shannon Vocational School and author Padraig McGinn, Ballynamoney, Carrick-on-Shannon.
Padraig and his family moved to Carrick-on -Shannon in 1983, Padraig having taken up the post of Principal of the Vocational School in 1981. The family had no previous connections with Carrick and made it their home for the next 40 years.
Formerly of Castleblayney, Co Monaghan and Dundalk, Co Louth, Padraig, who has been described as a gentleman and a man of integrity sadly passed away on January 31 at Sligo University Hospital.
A well known storyteller Padraig made many contributions to the RTE Radio programme 'Sunday Miscellany'.
Padraig, who was also an English and History teacher at VEC schools in Louth, including Ardee and Dunleer and Ardee Community School, was known for 'spinning yarns' all his life but it wasn't until the 2000s that he brought all his stories together, first to record them, then to publish them.
Back in 2014 he published what was the second, updated, version of 'Yarns and Rhymes', which contained all the great stories that have become synonymous with not only the Sunday Miscellany show but also his appearances in the Bard of Oriel and Bard of Armagh competitions.
At that time Padraig stated, “About ten years ago, I was doing a bit of story-telling in a pub and a friend asked me if I had written any of these down. Some were on a computer hard drive somewhere, others were on scraps of paper and many were just in my head.
“So I decided to write them down and when I had them all in one place, I decided to put them into book form. There was a great reaction to the first edition around seven years ago, but this one has been updated and there is plenty more to enjoy.”
He originally moved from his hometown of Castleblayney to Dundalk in the 60's, living in Ard Easmuinn and Mount Avenue.
He had previously worked on Rural Electrification Schemes in the North West during the 50's and 60's. Padraig decided to change his career in the late 60's gaining his degree and took up a teaching post in Ardee.
He then studied for a masters degree at Maynooth graduating in 1978. He met his late wife Angela (nee Daly) who he married in October 1960 having first met her when she came into town on her pony and trap. Angela who was also from the County Monaghan town, was a former nurse at the Louth County Hospital and later in her career, at St Oliver's and working for the North West Ambulance Service based in Carrick up to the 90's.
Tributes to Padraig on the condolences section of RIP.ie recalled him as “An exceptional man and a great teacher”; “He charmed all with his story and rhyme, and he is surely charming new or perhaps old audiences over the hill.”
Former students said “As two former Carrick VS students, we have fond memories of an empowering and enabling Principal and teacher”; “I and many others owe a lot to his passion and energy as a teacher and a principal.”
Another student stated “He was a scholar and a gentleman, an entertainer and above all else a fair and wise man who put the welfare and education of his students above all else. It was an honour and a privilege to have you as our principal”; while another added “He was passionate as an educationalist and principal and contributed much to the students and the school.”
Perhaps Padraig was best summed up in a message by Joe and Rosie Dolan “A gentleman to his toenails with an enviable understanding of life and wisdom and the 'go to’ for history, literature, and gardening; a story teller and writer, historian, angler and so much more…… not to mention his contribution to education but memorably his hearty laugh and his up for the crack! You have made an indelible mark on your community! Rest in Peace P.”
Padraig was predeceased by his wife Angela, sisters Fidelma, Nuala and Maura, brothers Niall and Macartan and is survived by his loving son Pat (Dublin), daughters Mary (Dundalk) and Ann (London), sons-in-law David and Alan, Pat's partner Mary, grandchildren Triumph, Tallon, Savannah, Matthew and Jack, brothers-in-law Eamonn (Castleblayney), Aidan and sister-in-law Kate (Galway), nieces, nephews, relatives, neighbours and his many friends.
Padraig's funeral took place last Saturday morning at St Mary's Church, Carrick-on- Shannon with burial afterwards to St Mary's Cemetery.
A regular visitor to the Leitrim Observer offices the editor and staff would like to send our sympathies to his family. May he rest in peace.