BREAKING: Contentious proposal for Carrick-on-Shannon's Main Street will not be proceeding 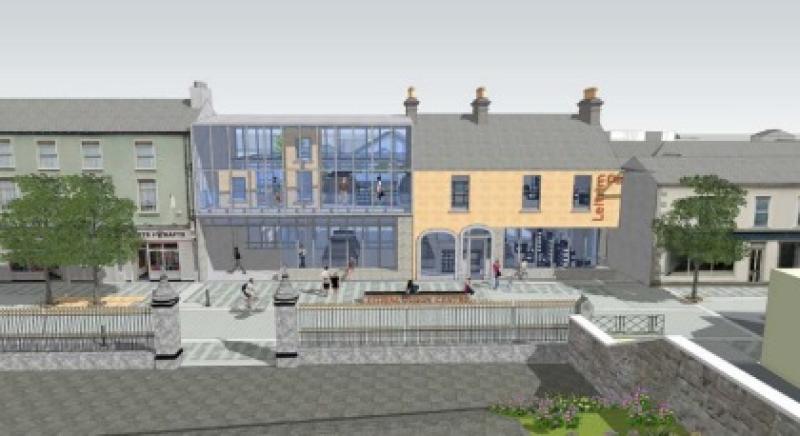 The concept building proposed for Carrick-on-Shannon's Main Street across from St Mary's Church, will no longer be proceeding

The development of an 'Avoca Type' Destination Centre on Carrick-on-Shannon's Main Street will not be going ahead.

The development, which included the proposal to demolish buildings across from St Mary's Church, has been a source of contention over the last year, with the Geraghty family, who own one of the properties, leading a petition against the concept proposal.

Leitrim County Council issued a statement to www.leitrimobserver.ie noting that, on Friday, March 12 the Council was informed that "its proposal for an innovative town centre experience, an ‘Avoca Type’ Destination Centre in the centre of Carrick-on Shannon was unsuccessful under Call 2 of the Government's Urban Regeneration Development Fund".

Lar Power, chief executive of Leitrim County Council when asked for a comment about the result outlined that: “ this was a hugely disappointing result and a very unfortunate outcome for the Town Centre of Carrick-on-Shannon and the County of Leitrim”.

He added “like all towns in Ireland, Carrick-on-Shannon’s town centre is under duress and in decline from a retail perspective, and I truly felt this application represented a once in a lifetime transformational opportunity to arrest this decline, restore prominence of the town centre and thereby hugely enhance the opportunity and viability for all retailers in the town centre”.

Mr Power went on to say that he “categorically believes it would have been truly a ‘game changer’ for Carrick-on-Shannon town centre’s fortunes from a retail perspective and would have resulted in a must visit Retail Destination for visitors and locals alike in the North West. This project without doubt would have given the town centre the ability to fully recover and grow.”