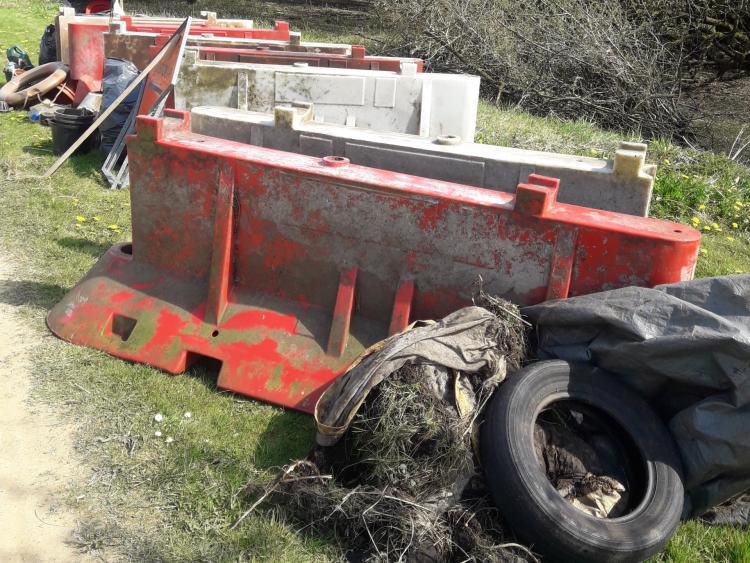 The barriers , tyres and other rubbish removed from the riverside at the Linear Park.

Litter picks
Sunday litter picks continue, meeting at The Tourist Office at 10am. We welcomed Mateusz and his family who join us in keeping Carrick tidy and do great work. Thank you to all the litter pickers who come out during the week as well, we are trying our best to keep on top of the litter.

Illegal dumping
We were disappointed to see more bags, duvets and a child’s buggy behind the barriers at one of the Charity shops on Main St. Nobody should leave stuff outside a closed shop, that becomes dumping. If you have clean clothes that need to be moved on, then for the time being please put them into a clothes bin at the recycling centres around the town you will still be supporting charities and community groups including Tidy Towns. 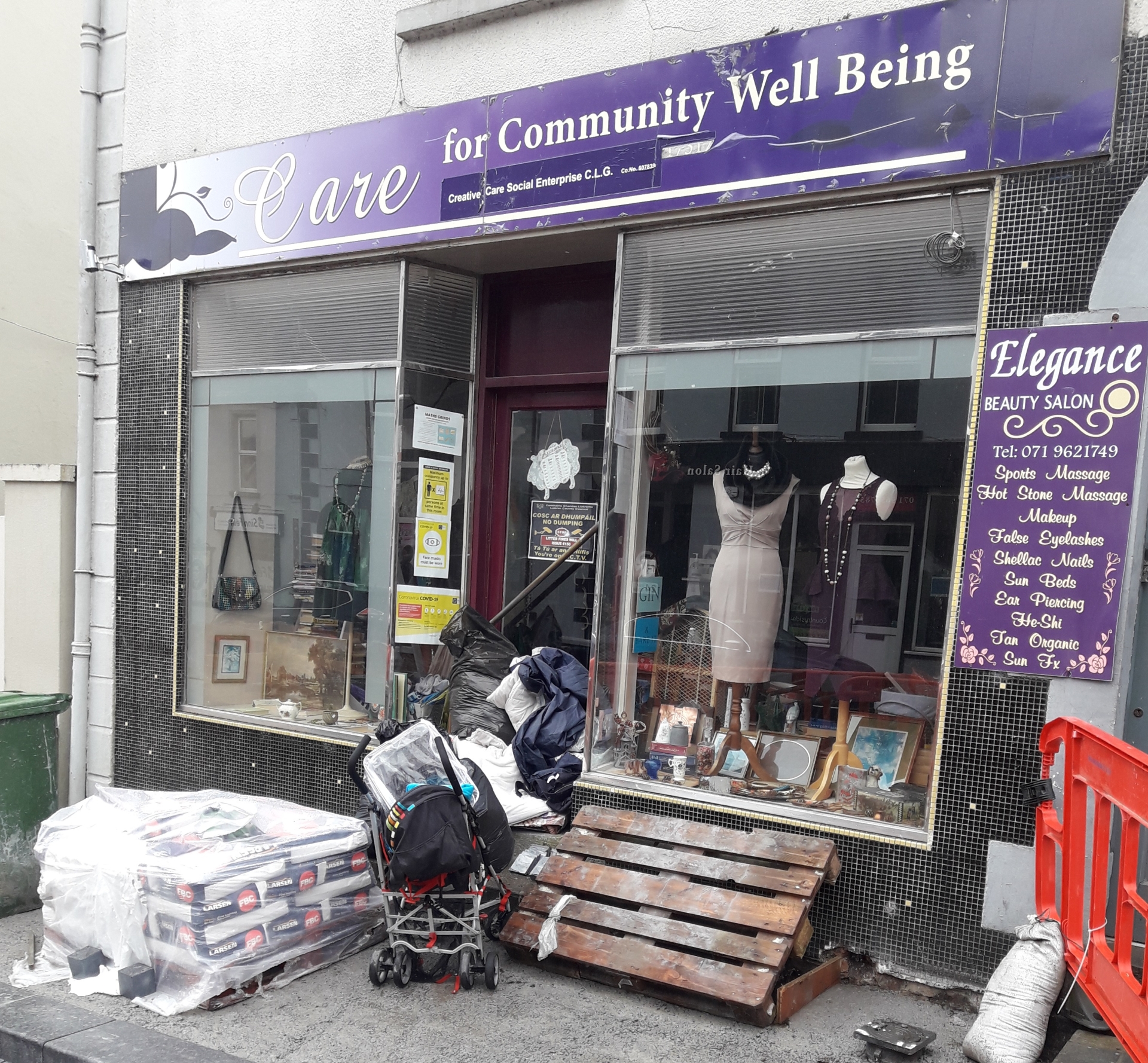 The continued illegal dumping at the charity shop on Main Street

New bin is popular
The new bin at the Tourist Office is proving very popular and being well used. It is solar powered, and supposed to crush the litter inside and then sends a text when it is full.

Tuesday evenings
We meet on Tuesday evenings at 7pm, again at the Tourist Office. Last Tuesday we had 20 volunteers out. We were able to get a lot accomplished, weeding around the hedge at Supermacs, litter picking around the fire station, painting the fence on the Leitrim Road, raking some grass from the biodiversity area, planting a pear tree, gathering barriers and other materials from the wooded area and leaving them in one place so the County Council could come and collect it all, which they did.
During the week volunteers planted an apple tree in the biodiversity area as well as some raspberries which we got from John Gaffey, Summertime Gardens. Others are busy preparing beds and containers, weeding, and dividing perennials for better growth.

Dog fouling
We are trying to prevent and highlight the problem of dog fouling by spraying temporary florescent yellow circles around any poo that we come across in the Linear Park, so at least you can avoid stepping in it.
We are determined to improve the situation, there is really no excuse not to ‘Bag it and Bin it’. The Council even provide bags, if there is no bin around then bring it home.

Photos
Please send in any photos of clean ups or painting or recycling or ideas to reduce waste, to help us with the application for the Tidy Towns Competition. You can share on our Facebook page ‘Tidy Towns Carrick on Shannon’.