Impasse as gardai called to the scene 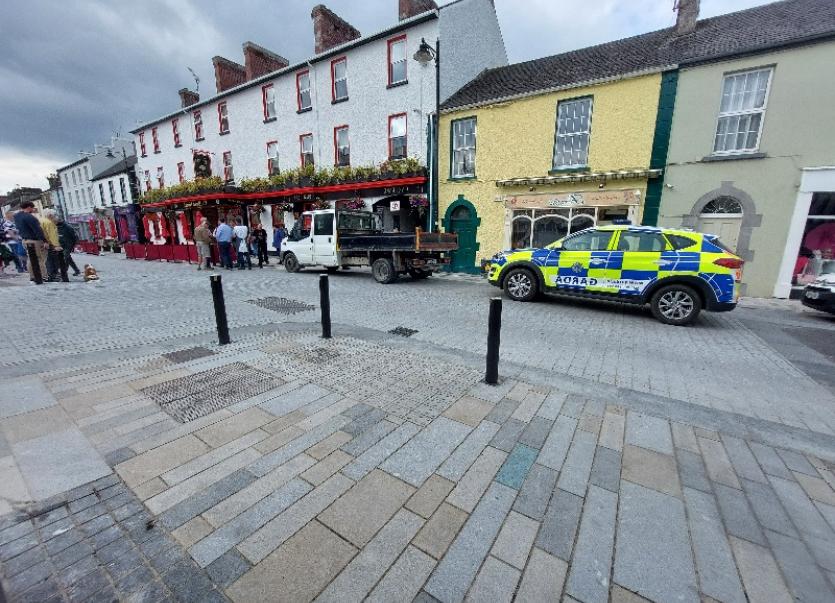 Business people on Main Street in Carrick-on-Shannon and their supporters are blocking Council personnel from pedestrianising part of the street.

The Council had issued notice that from the junction with Church Lane/St Mary’s Close to the junction with St George’s Terrace in Carrick-on-Shannon the road would be closed to motor traffic from 6pm this evening, July 2.

The pilot pedestrianisation of this area is intended to run every weekend from 6pm on Friday evenings through to 8 am on Monday mornings, until the morning of Monday 27th September.

However when the Council arrived to erect signage this evening business people blocked the road and eventually the gardai were called.

At the time of writing an impasse had taken place between the parties as the business people formed a blockade.

Wearing 'RIP Retail' armbands they explained that all they are seeking is "a reasonable negotiation with the Council."

They went onto stress that to pedestrianise the street is the "final nail in the coffin" for businesses.

"All we want is to put the brake on this. We are trying to keep our businesses open. We do not want a ghost town and that is what is going to happen".

They went on to say moves such as this are stopping people coming into the centre of the town and driving them out to the multi-nationals.

"We have taken enough and we are not taking any more.. not one inch." They called on County Manager Lar Power to enter negotiations with them.

They also stated they are not happy with the way the public consultation was laid out.

They are continuing to refuse to move and said they will stay there for as long as it takes.

We will update this story has more information becomes available.