Cox’s Pharmacy has opened a new digital CarePlus Pharmacy at the Medical Centre, Carrick-on-Shannon which is really a sight to behold.

It is a massive step forward for the Cox family, who first opened a pharmacy in Carrick-on-Shannon in 1978. Fintan’s parents Dessie and Margaret opened a small pharmacy at Bridge Street and the family business has grown to include three stores in the county town.
While the technology has changed dramatically, the great reliable local service remains the same. Fintan Cox has invested in the future bringing digital screen shopping, robotic dispensing machine and a new prescription app into the brand new store.
There is no need to be fearful of the digital re-brand, as there are plenty of staff on hand to help you through the system and advise you - actually the system is designed to allow staff to be able to interact with customers more.
The bright, spacious and convenient new pharmacy was officially opened on Friday, July 23 to great fanfare.

The CarePlus mascot Bobbie was on hand to help the Cox family show off their brand new pharmacy.
Fintan is delighted with the layout, design and efficiency of the new store, which opened earlier this year. “It turned out better than I imagined,” he said. Fintan made the move to the CarePlus brand after much research, he said if offers the “best shopping experience, support and great deals” to his customers.

He told the paper, “Customers can browse the entire range of stock and offers at ease on the digital screens.”
Sales have grown recently with the re-opening of hotels close by and more visitors to the town and he is expecting business to increase.
Car parking is the big attraction and of course it’s location next to Carrick Primary Medical Centre makes Cox’s CarePlus Pharmacy a convenient choice. 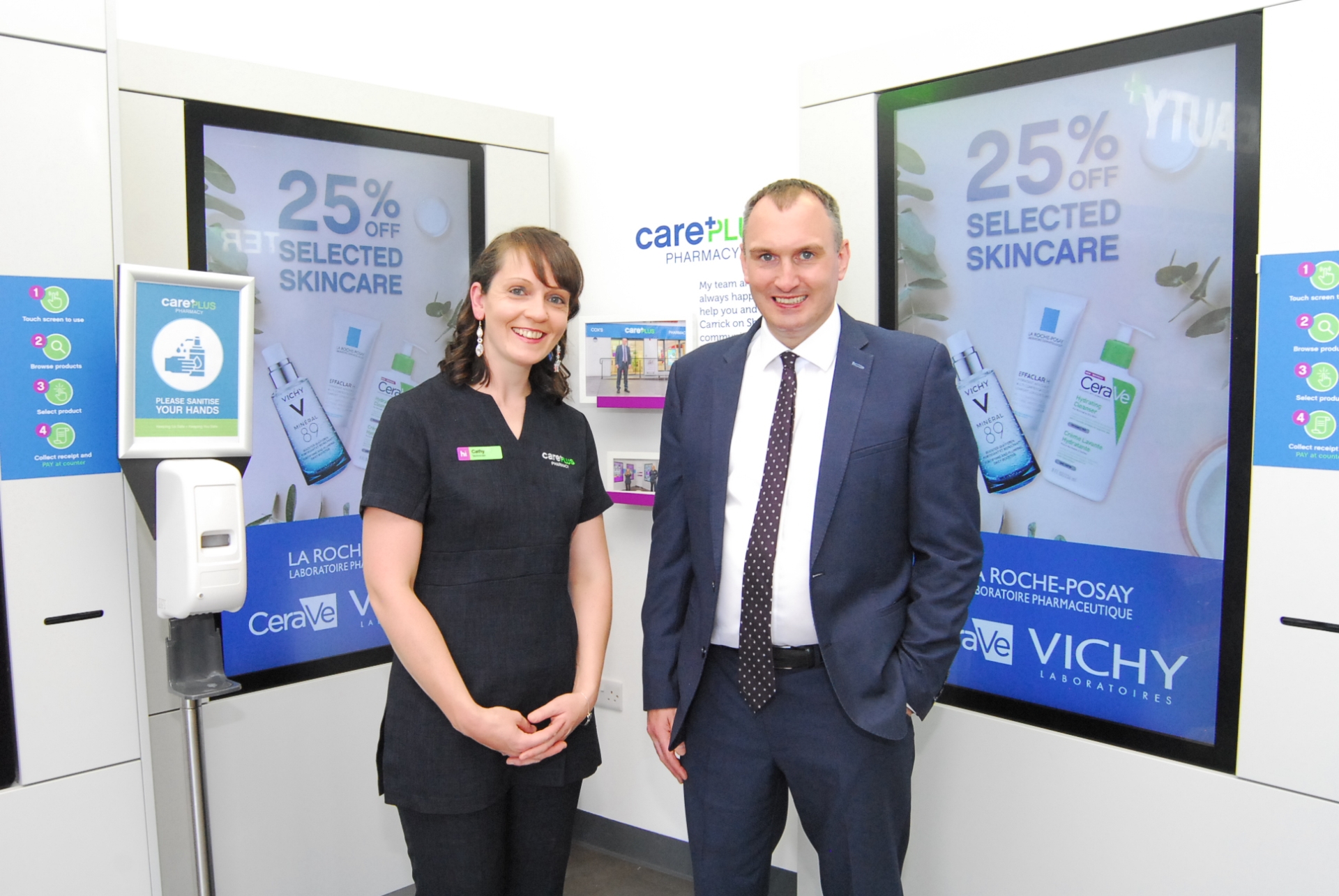 Fintan said he decided to go with a more digital store and the risk has paid off with customers loving the “new shopping experience”.
There are ten staff employed in the new shop and they have all been trained in the new Gollmann robotic picking system - which really must be seen to be believed!

For more details pick up this week's Leitrim Observer, pop into the new pharmacy at Carrick Primary Care Centre or visit: www.facebook/coxspharmacy