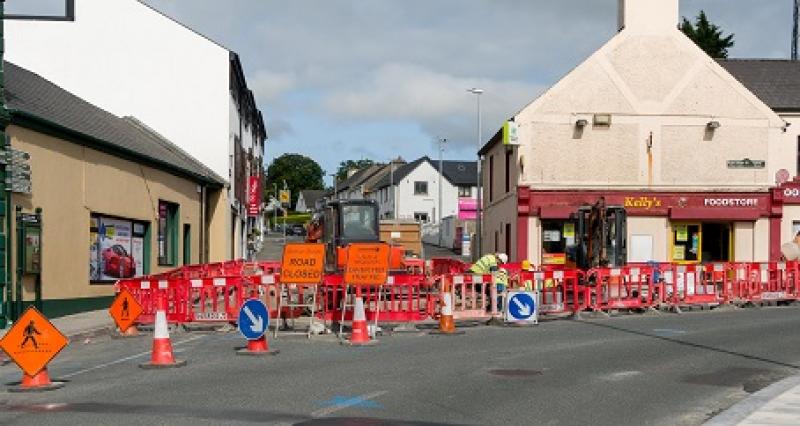 Roadworks at the bottom of Summerhill. Picture: Gerry Faughnan

We finally have an end date for the road works in Carrick-on-Shannon!

Leitrim County Council says the extensive works to the streets of the county town will be completed by mid November -this year.

Town Councillor Finola Armstrong McGuire said, “The progress of works on new the streetscape has been embarrassingly slow and the inconvenience for residents, motorists, pedestrians, and visitors is unfair.”
She asked for exact dates to be provided for completion and called for the council and contractors to engage crafts and trades people on to the sites “left untouched around town for many weeks now.”

The council outlined, “Our contractor has recently informed us that the works will be completed by mid November this year.
“We will continue to engage with business owners in the town during the works.”
Cllr McGuire also asked for lighting to be installed on the new boardwalk, she said Shay O'Connor promised the lighting would be done in conjunction with the current works and said lights would enhance the walk coming into winter.
Cllr Paddy Farrell noted that due to the roadworks “A lot of traffic is being pushed into St Mary's Close.”
He informed council officials that residents are not happy about this and it should be looked at as works continue.
Cllr Des Guckian once again asked would the contractors ShearRidge be penalised for delayed work.

Director of Services Vincent Dwyer said the council are in “constant contact” with the contractors and the council are “just as disappointed and annoyed ” as everyone else about the delays.
He said he could not share publicly the details of a private contract.
Cllr Guckian was not satisfied with the answer and said the public had a right to know if the contractors could be penalised or not.
The roadworks are continuing to cause traffic delays for motorists coming through the town, but HGVs are being directed to avoid the Carrick-on-Shannon. 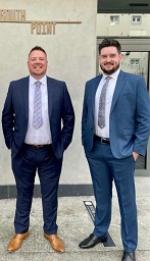