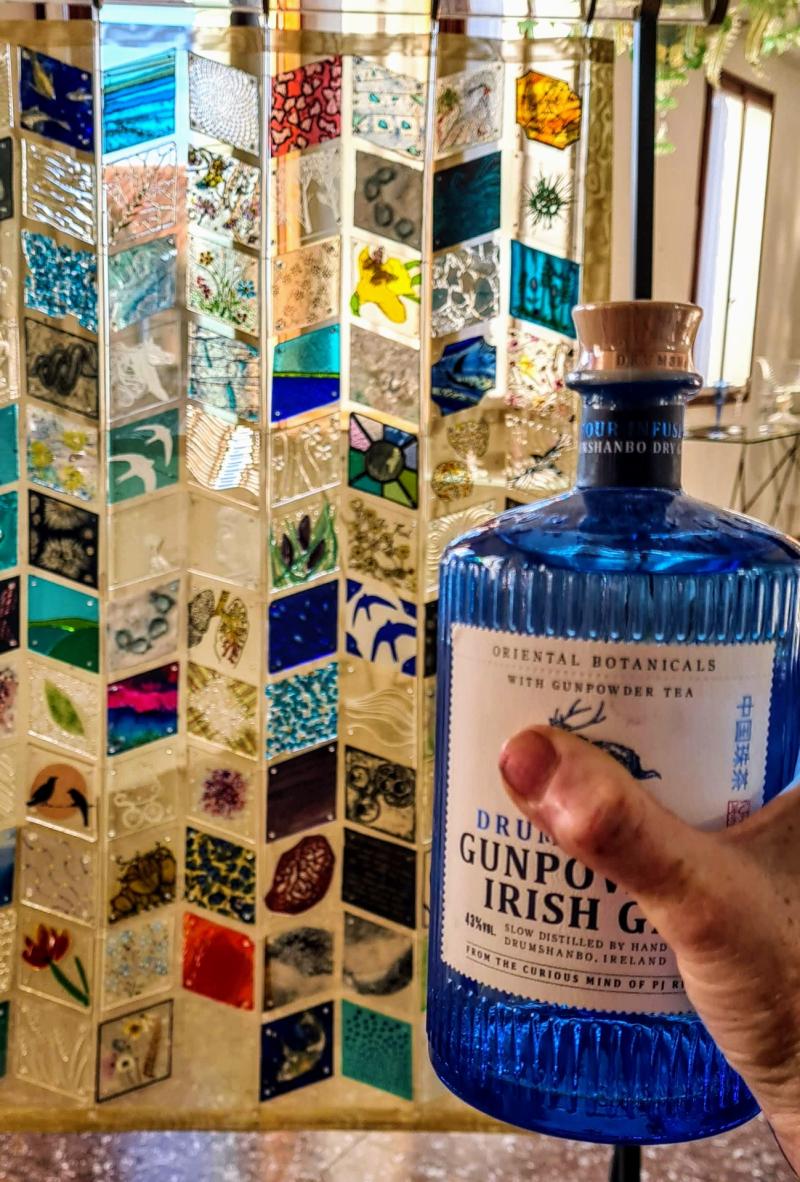 Earlier this month a contingent from the Glass Society of Ireland went to Venice to launch ‘The Keep Well Glass Quilt Project’ including Carrick-on-Shannon woman Colette Langan.

The piece was selected to be shown at the prestigious Venice Glass Week, hosted in Effe Due Gallery, Murano, the Venetian island world famous for its glass.
There was a warm welcome from the assembled crowd as Róisín de Buitléar chair of the Glass Society described how the quilt came to being. During the third lockdown, confined to 5 km. 50 glass makers from every part of Ireland responded to a call out from the GSoI collaborating virtually through webinars and online classes in various glass making techniques.
Lockdown was taking its toll, many of the members had suffered from isolation and loss. Some cut off from their studios had to make their pieces on the kitchen tables.

The project was initiated by a Government scheme called Keep Well run by Sláintecare and managed through DCCI.
Artists were asked to download a template so the
rhomboids would match. The theme ‘A breath of fresh air’ left participants to respond in many different ways according to their interpretations and methods. 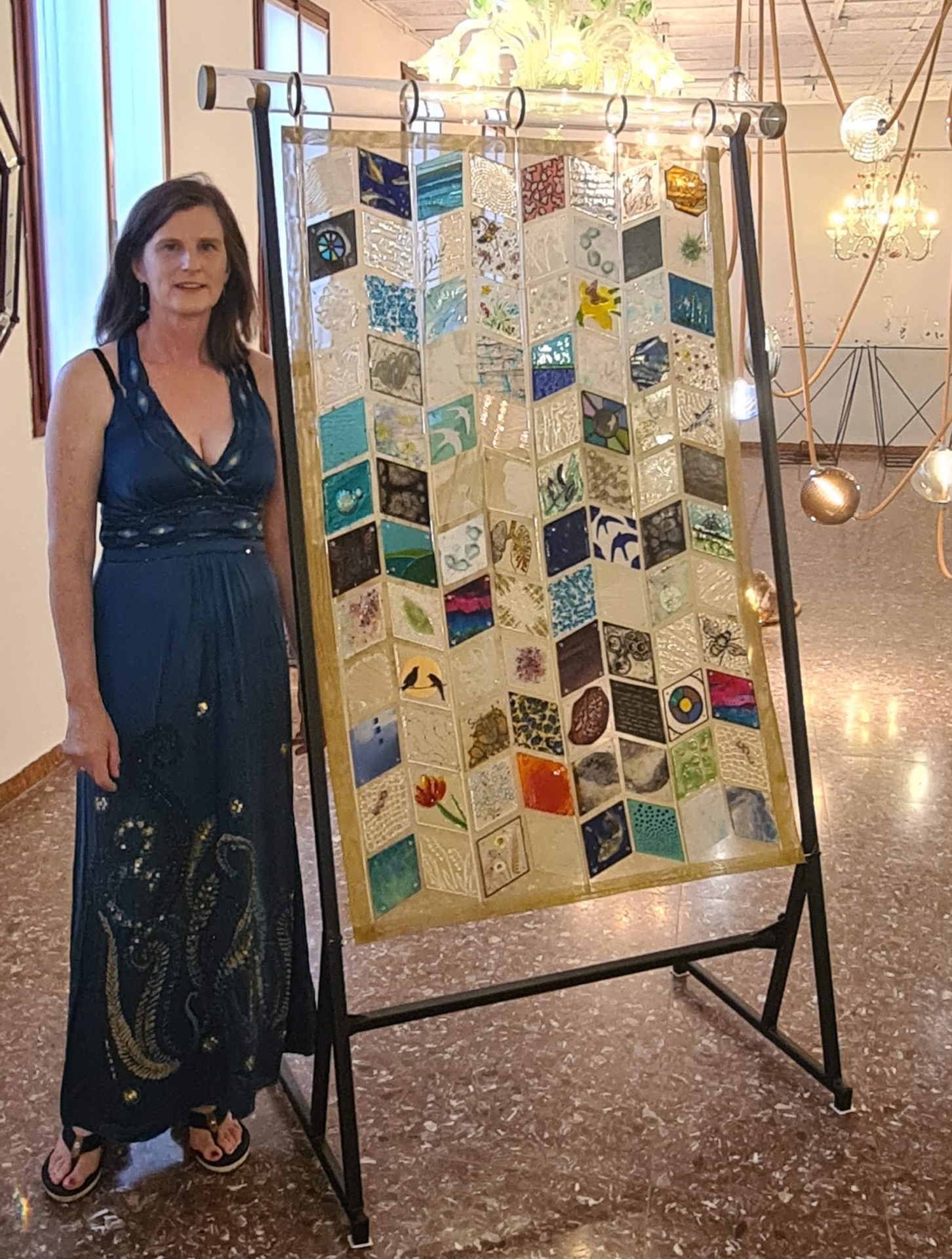 It resulted in a work consisting of 96 pieces of glass, individually drilled and stitched four times to a brass backing mesh.
Katryna Cushchieri the woman tasked with physically piecing the quilt together spoke of how as she opened each package of glass from the artists she felt like she was ‘holding their souls’ also referring to it as a Pandemic Sacred Art treasure as it helped her focus on something positive.

Katryna's words resonated with all those present and it became clear that this piece of work is much greater than the sum of its parts. Even through an interpreter the audience was visibly moved, seeing the quilt as a symbol of shared suffering, and the enduring human spirit.
The evening concluded with a reception, the artists favouring Drumshanbo Gin and salmon served on Jinny’s stout bread, not the usual fare of art openings!
The glass quilt will be going on show in Dublin Castle and Johnstown House later this year.