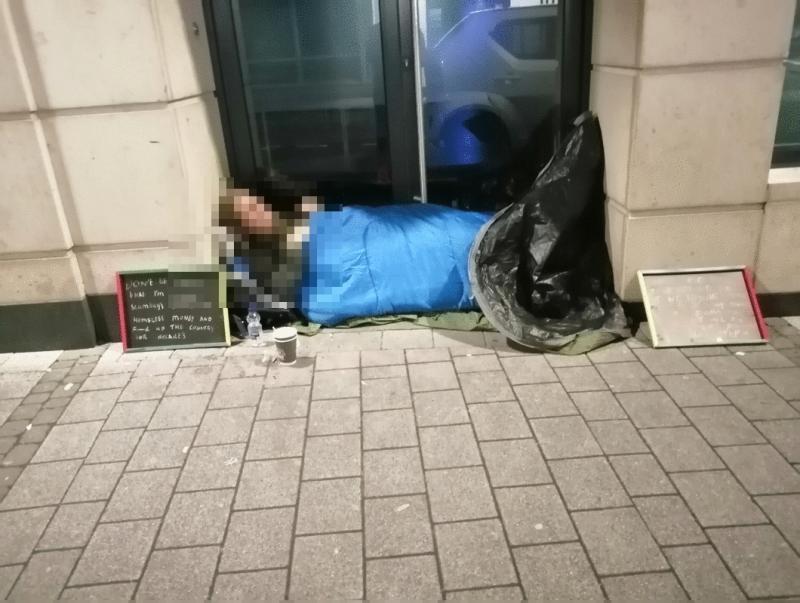 There are growing concerns about the presence of a homeless person in Carrick-on-Shannon.
It is understood the person who cannot be named for privacy reasons has been sleeping rough on the streets of the county town for the past three weeks.

This week, Cllr Des Guckian called for Leitrim County Council's Director of Housing to attend the Carrick-on-Shannon Municipal meeting, to explain in detail, the reasons “why a native of Carrick-on-Shannon, who went to school in Carrick, is being refused emergency accommodation and subsequent housing accommodation by County Leitrim officials.”
Cllr Guckian was warned before he started his motion not to identify the person in any way and he was informed it was not policy to discuss an individual case at a council meeting.

He said the person has been “sleeping rough for a month.”
He wanted to know why the person who is a native of Carrick-on-Shannon was not provided with emergency accommodation in the county.
Cllr Mulligan who is chairperson of the Carrick Municipal District, asked Cllr Guckian to work with the council on this, but Cllr Guckian said “you are asking me to avoid this.”
The independent politician said this person is “in danger” by sleeping on the streets.
He asked if Leitrim County Council has a hostel to house people without any homes. He asked if there is funding available to the council to help people who present as homeless.

He called on the council to face up to their responsibility in this situation.
The local authority refused to give any details about the person currently sleeping rough in the county town.
Director of Services at Leitrim County Council Joseph Gilhooly said “there are protocols in place for dealing with homelessness.”
He said when someone comes to the council seeking help there is a process and protocols to be followed and they are “applied equally and fairly.”
No other councillor spoke on the motion.