Former MBNA site in Carrick-on-Shannon goes on sale for €6.6million 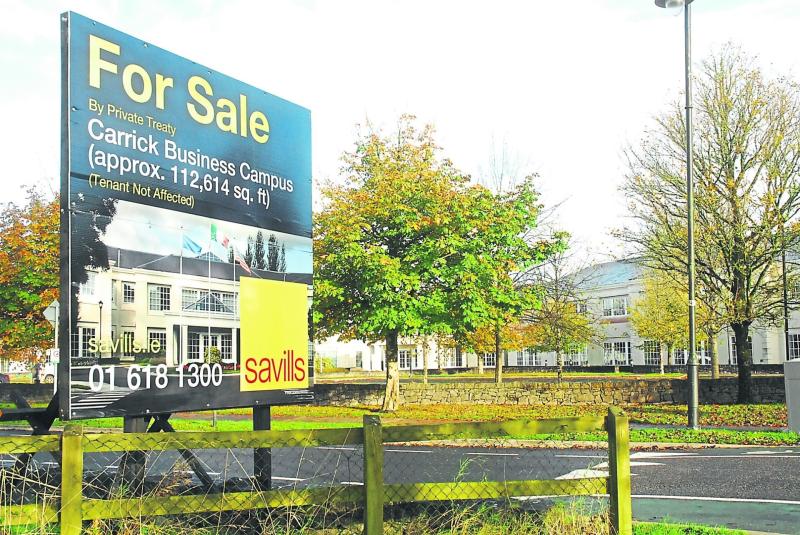 The former MBNA site is now for sale

The former MBNA site in Carrick-on-Shannon has returned to the market with a guide price of €6.6m.
The site, currently known as the Carrick Business Campus comprises 10,462sq.m of office space and was acquired by the Digital Office Centre Group in 2016.
At the moment there is a single tenant, consumer credit business Avant Money, who, the Leitrim Observer understands, recently signed a new lease for just over 2,090sq.m of space in the building and will remain unaffected by the sale.
Savills are tasked with the sale of the property which is in a prime location just off the N4.
The prospective sale was discussed at Monday's Council meeting in the Bush Hotel. Cllr Enda Stenson raised the issue and said that he was “a bit taken aback” when he saw the property for sale and he was “wondering what the consequences of the sale could be”.
He asked the Council what say they had in the sale adding “we can't just let it go to an unknown group, it is essential for the future of the town and for Leitrim.”
Cllr Stenson asked what the IDA was doing about the sale and also sought clarity on whether discussions have taken place with any other stakeholders with a view to further uses of this building.
He was told that the Council “continues to engage with the IDA in regard to the securing of an investment for this site and also notes that it is now on the property market.
“The need for the future use of this building for job creation is a key priority,” said Director of Services, Joseph Gilhooly.
Council Chief Executive, Lar Power, pointed out that the building is currently in private ownership but acknowledged “we are anxious it be maintained for employment”.
Cathaoirleach of Leitrim County Council, Cllr Paddy O'Rourke, said this is an important point and stressed “the building must not go to private speculators who may use it for other purposes (than employment)”.
He also expressed disappointment with the IDA claiming “in my opinion they are neglecting this part of the country” in terms of bringing businesses to locations like Leitrim.
Cllr Justin Warnock said that the potential of the site has been raised at the North West Regional Assembly and he stressed the importance of doing something to ensure that its full potential is realised.