Have your say on Carrick-on-Shannon's draft parking bye-laws 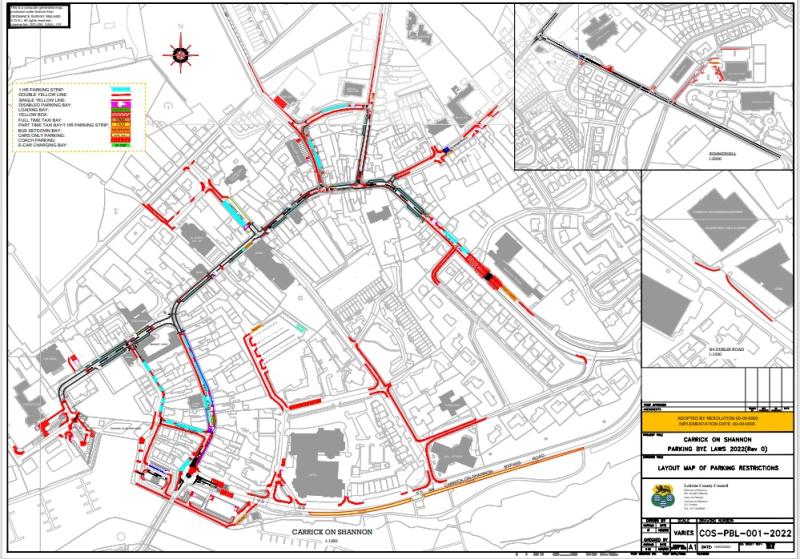 The period for making a submission on the proposed new Carrick-on-Shannon parking bye-laws is coming to a close.
A copy of the Draft Bye-Laws is still available online on www.leitrimcoco.ie , this includes maps of the areas impacted by the proposed changes.
All submissions from the public will be presented to Carrick-on-Shannon Municipal District councillors. The councillors have the right to debate and seek amendments on the bye-laws before they are enacted.
Last month a spokesperson for the Council confirmed that the town centre car park known as Flynn's Field will remain free of charge as will the car park at the rear of the Fire Station and the additional car park in front of the council offices at the Shannon.
The Council has confirmed that the price of parking is set to increase according to the draft by-laws from 80c per hour to €1 per hour.
When asked for the reason for the increase, a Council spokesperson said “The parking charge has been set at €1 per hour in a bid to encourage motorists to use the free car parks and to discourage longer stay on-street parking. It is envisaged that the paid on-street parking should be available for those wishing to make visits of short duration to the town centre.”
Representations in relation to the Draft Bye-Laws may be made in writing, to reach the Director of Services, Economic Development, Planning and Infrastructural Services, Leitrim County Council, Áras an Chontae, Carrick-on-Shannon, Co Leitrim, not later than 4.30pm on Tuesday, May 3 2022.
If you wish to view a copy of the draft Carrick-on-Shannon parking bye-laws or to see the accompanying maps of the areas to be impacted by the proposed changes you can do so at: http://leitrimcoco.ie/eng/Services_A-Z/Roads/Bye_Laws/Map-Carrick-on-Shannon-Parking-Bye-Laws.pdf