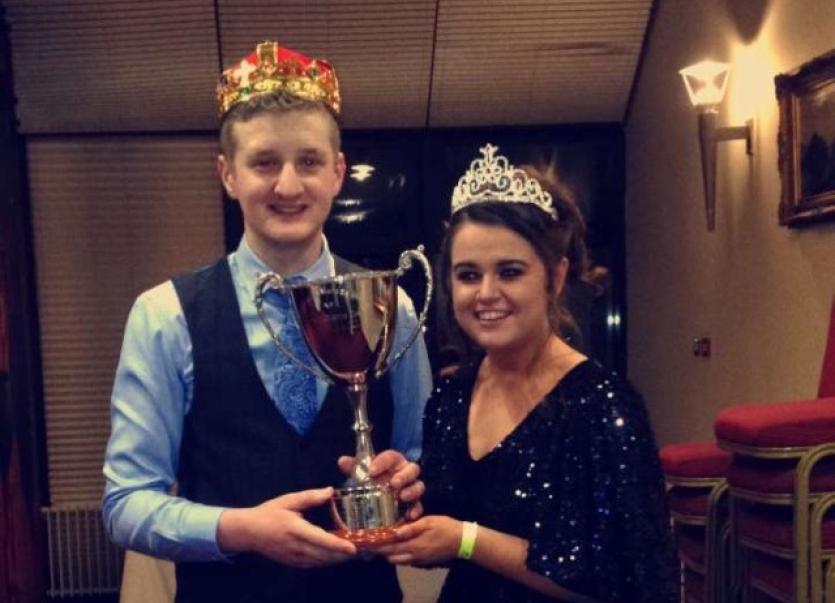 The crowing of the North West King and Queen.

Paula, a  21-year-old music student was paired off with Donegal's Luke McClintock (22). They had to compete against the other couples in different tasks and activities during the day.

Paula told the Leitrim observer that “ it wasn’t that we were winning all activities during the day we just worked as a team we valued each others opinions which is so important in Macra.”

That night they went to a banquet and all the couples were interviewed in front of the judges and supporters. Then the top four couples were chosen to go head to head in a question and answer round, then it was eliminated to two couples, Paula was satisfied to get that far but didn’t expect to win it out.

“I was happy to be in top two their was two options at that stage we were leaving in second place which we were happy with or as North West king and queen which was a dream I think we all taught of  through out the day," said Paula.

"Our Carrigallen club was set up in 2015 I’ve been there from the first meeting, we have a fantastic club and we are planning lots for the future.  In the run up to the competition the people of Carrigallen, Aughavas and surrounding areas were so supportive that’s what make even nicer to bring back a title to them. The good wishes from people did work and I can’t thank them enough. I also want to thank every single member in our county and the organisers of North west Kings and Queens and I'm looking forward to the year ahead.”