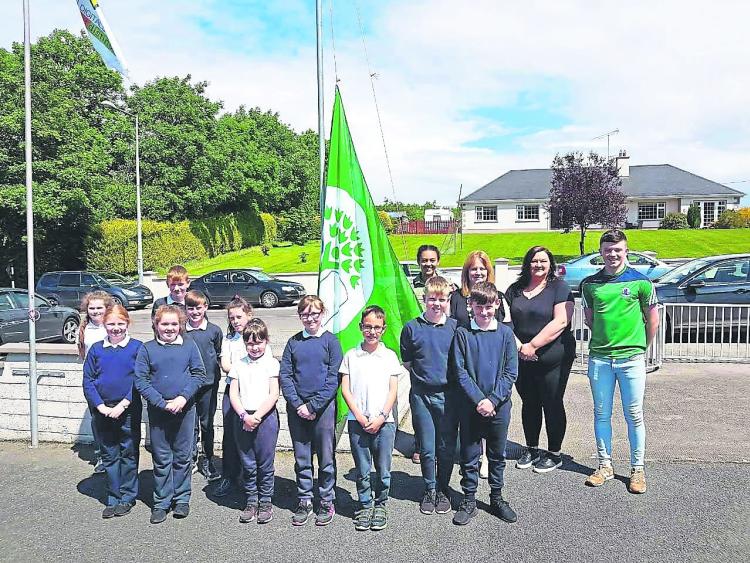 On Thursday, June 20 last, St Joseph's NS, Aughavas raised their 8th Green School Flag for the theme Global Citizenship and Marine Environment. Laura Farrelly and Seamus Sweeney, past pupils of the school raised the flag on the day.

Laura and Seamus were both on work experience in the school and they were involved in many initiatives during preparation for the green school flag.