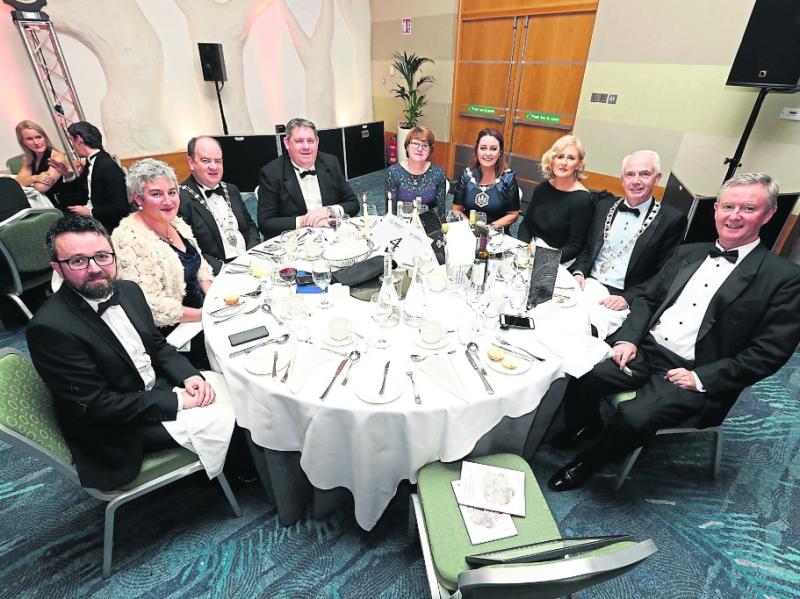 The collaborative work of Leitrim’s community groups, agencies and the support of Leitrim County Council has been recognised at a prestigious national awards ceremony.

Leitrim PPN and Leitrim Development Company worked together on the shortlisted project mapping the county’s defibrillators.

This is the State's most prestigious national awards competition for Local Authorities in Ireland.

The awards were presented by the Minister of State for Housing, Planning and Local Government, John Paul Phelan.

RTE’s Nationwide presenter Mary Kennedy was MC on the night, with the CEO of Chambers Ireland Ian Talbot among the large attendance.

A total of 16 awards were presented at the ceremony. The Supporting Active Communities award seeks to recognise projects that promote social awareness and work with communities to involve them in making their localities a better place in which to live and work.

This category celebrates initiatives which promote active communities, development of the community or contribute to improved quality of life in an area. The award was sponsored by EirGrid.

The Leitrim Public Participation Network, Leitrim Development Company and community groups throughout the county were all involved in the project.

It was a comment at a meeting of the South Leitrim Community Network (Leitrim PPN members) which laid the foundations for the initiative.

During a discussion about ambulance response times in Leitrim and a letter sent by Leitrim PPN to the National Ambulance Service (NAS) and elected representatives, the question was asked: “We have all these defibrillators bought by communities-does anyone know where they are?”

It was a point well made. Volunteers and communities collected money to buy, erect and maintain defibrillators in their local areas.

Many groups supported certified training in Cardiopulmonary Resuscitation (CPR)-but there was no central directory to allow people access for their own areas.

Indeed many communities didn’t realise the need to register public-use defibrillators with the NAS in order for them to locate the nearest unit available in the event of an emergency.

The Leitrim project involved locating all public-use defibrillators, compiling a comprehensive list and mapping all the Automated External Defibrillators-AEDs and registering them with the NAS.

The work was agreed in partnership by Leitrim PPN and Leitrim Development Company. This allowed widespread promotion of the project through the community and shared responsibility for collating the information.

Many groups and individuals and Leitrim District Gardai helped with gathering the information, while the NAS provided help and advice. The map was launched on March 14.

Speaking after the awards, Resource Worker for Leitrim PPN Tracy Ferguson said: “Congratulations to Cork County Council on winning the category. We’re still happy that the project is a winner for the people of Leitrim. It was a great example of collaboration with Leitrim Development Company and the National Ambulance Service and the communities of Leitrim can be proud of the achievement.”