Drug users have blood on their hands says Chief Superintendent

Criminality is built on greed 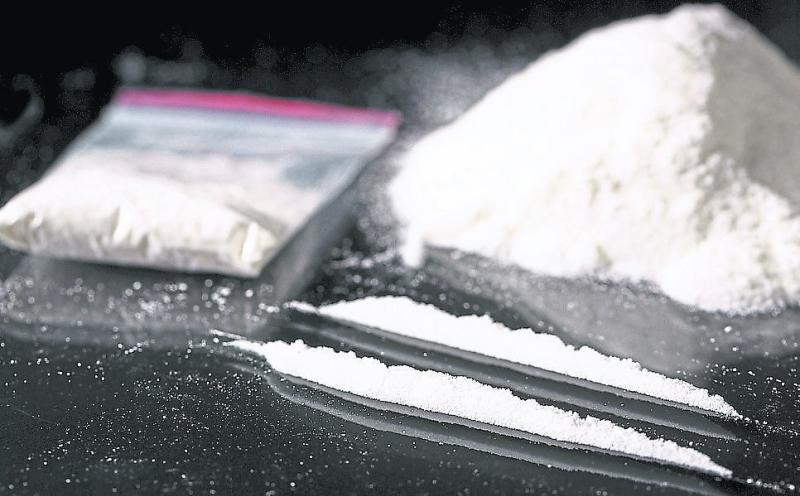 A stark message was delivered this week by senior gardai in the Sligo-Leitrim Division to people who deal in the sale, supply and use of drugs that they have “blood on their hands” and are fuelling criminality.

Chief Superintendent Aidan Glacken addressed a meeting of County Leitrim Joint Policing Committee last Monday in Carrick-on- Shannon, and warned against the silence in the community that allows the drugs trade to exist and flourish.

Speaking about a section of the community from “middle Ireland” who decide to use a line of cocaine, he said, “You are fuelling criminality, you have blood on your hands.”

Read Also: Fowley's Fall to be developed as a key Leitrim tourist attraction

The Chief Supt also warned about the dangers of criminality and said what is happening in other parts of the country could be replicated anywhere else.

In this context, he spoke about the continued need for An Garda Siochana, as a policing organisation, to build its relationship with the community based on trust.

Describing silence as a weakness, he said, “There's a level of maturity required from a lot of people around the silence that exists.

“We can't survive on our own without the assistance of the public and people trusting us to do our job,” the Chief Supt said.

Chief Superintendent Aidan Glacken, in a broad-ranging discussion about policing the drugs trade in the Sligo-Leitrim Division, told members of Leitrim Joint Policing Committee that silence in the community is a weakness that allows criminality and drugs and intimidation to stifle people's development.

Read Also: Planning application submitted for development of the hospice facility on the Sligo Hospital site

“There's a lot made about what's happening in other areas of the country but let us not fool ourselves to think those things couldn't be replicated in other parts of the country. That exists and it exists for one reason only, greed.

Referring to young people in schools who are intimidated because they may have small drug debts, he stated, “We are working hard to prevent those things from happening, to allow those people to mature and become young and responsible adults.

“What's killing them is the silence and it's the silence of the weak because we need information and intelligence and let us, as professionals, assist people.

“But we can't do that on our own, we can't be a lone voice. Stand up and be responsible,” he demanded.

“We as a policing organisation build our relationship with the community on trust and we urge and need the community's assistance to do that,” the Chief Supt said.

The general discussion came from two questions raised by JPC members Breege Grimes and Cllr Finola Armstrong-McGuire about steps being taken to police the drugs trade in the county.

Read Also: Leitrim Snapshots Poll: Who should make it to the grand finale of Snapshots from week two?

In response, Supt Kevin English outlined to the meeting the steps being taken by An Garda Siochana to tackle the growing threat of drugs in our society and the challenges they face to monitor and detect those who supply the drugs.

He said there are drugs available in Leitrim that are being sold covertly but the state of the art CCTV system in Carrick-on-Shannon is used to monitor any suspicious activity.

“We have increased the number of stop and searches that we perform on people that we suspect.

“Only last week we got information of suspicious activity out the Elphin Road and responded immediately and we arrested a man and recovered €25,000 of cannabis herb and did a number of follow up searches,” he said, adding that he has a number of operations planned for the year ahead.

“Detection and prevention of the sale and supply of drugs has to remain the priority.

“We are continually monitoring. A lot of it has to be intelligence led because these people are travelling to our district and have a huge network.

“We are doing our best to try and thwart their efforts. We rely on intelligence to effectively identify the people who are supplying drugs,” Supt English said.

He referenced proactive measures they are undertaking. Last week, he said, CCTV was used to stop and search one person in Carrick town who was detected with €800 of cocaine on his person.

“We are acutely aware that Carrick-on-Shannon because of its attraction and because it's along the N4 can be used as a transit location and many of our detections have reflected that,” he said.

Read Also: Are you confused on the Drumshanbo Blueway?

He stated he would listen to any recommendations from the JPC as to where his resources should be allocated in the context of drug enforcement.

In reply to a question, he said he has use of the divisional drugs unit which he has used regularly.

“We have a number of covert operations going on but it is a huge challenge for us in relation to drug taking and keeping our young people safe and that is something that remains a top priority for Leitrim in 2020,” the Supt said.

Cllr Justin Warnock said it is a countywide issue and parents of young teens who are starting to go out are afraid that they will be targeted.

“Every parent in Leitrim needs to know there's a serious cocaine problem in this county,” he said.