125 years on and Leitrim's New York Society continues to thrive 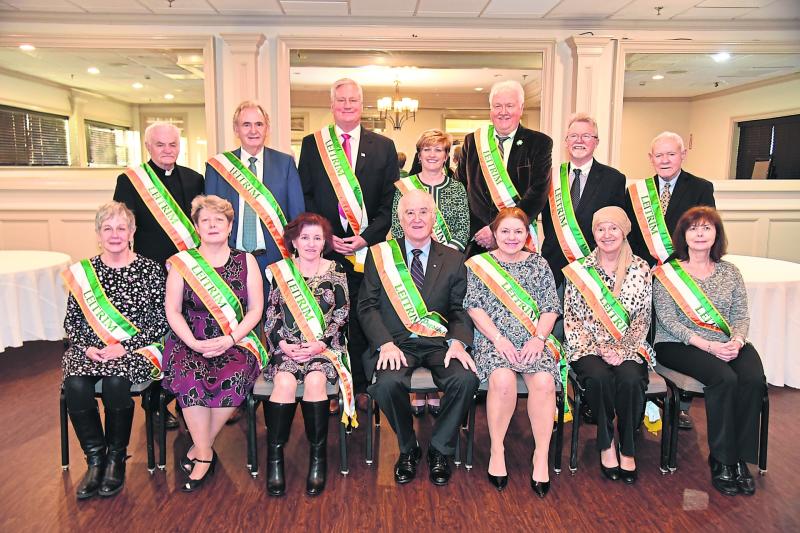 County societies began to spring up in the last quarter of the nineteenth century in response to the needs of the vast influx of Irish immigrants who arrived in the US in the aftermath of the famine and as a result continuing agrarian struggles.

The concept of a purely social organization was not to come until later, and the beneficent nature of similar societies was very much their core mission, until after World War 1, when private and government security plans became more widespread.

More than a decade later, in 1886, the Irish World carried a report of a very successful annual ball hosted by the 'Leitrim Men’s Patriotic & Benevolent Association'. Whether this was a new organization or just rebranding is a matter of conjecture. There were also reports of the activities, mainly dances, picnics, games, field days and fund-raising, of another Leitrim labelled organization, the 'County Leitrim Athletic, Social & Benefit Association', judging from the nature of its activities, this probably morphed into the Leitrim Football Club.

However, the Hall of Records of the City of New York on July 11 1895, issued a Certificate of Incorporation of the County Leitrim Men’s Patriotic & Benevolent Association.

So this is the 125th Anniversary of the Leitrim Society in New York. The Society’s longevity and vibrancy are certainly a testament not just to its relevance, but also to the unselfish service and able leadership that hundreds of Leitrim people and their descendants have afforded the society over the last century and a quarter.

According to the Society’s preamble, “the Society founded in 1895 is Leitrim people’s home away from home in New York. It is organized to cultivate and encourage friendship, understanding and social activities among its members.

The Society has been bringing Leitrim people together through the decades to promote unity, goodwill and to foster our culture and traditions. The Society also contributes to many charitable and worthy causes in the Irish-American communities in the tri-state areas.
So, on this major milestone anniversary, the Society has chosen to honor a very special group of people, a group that has made a huge contribution to the Society in varied and diverse ways over the last fifty years.

Many of the honorees are either octogenarians or nonagenarians. Together they represent the dedicated service, the astute leadership, firm fealty and bountiful generosity that has underpinned the Society and propelled it to the success that it is today. 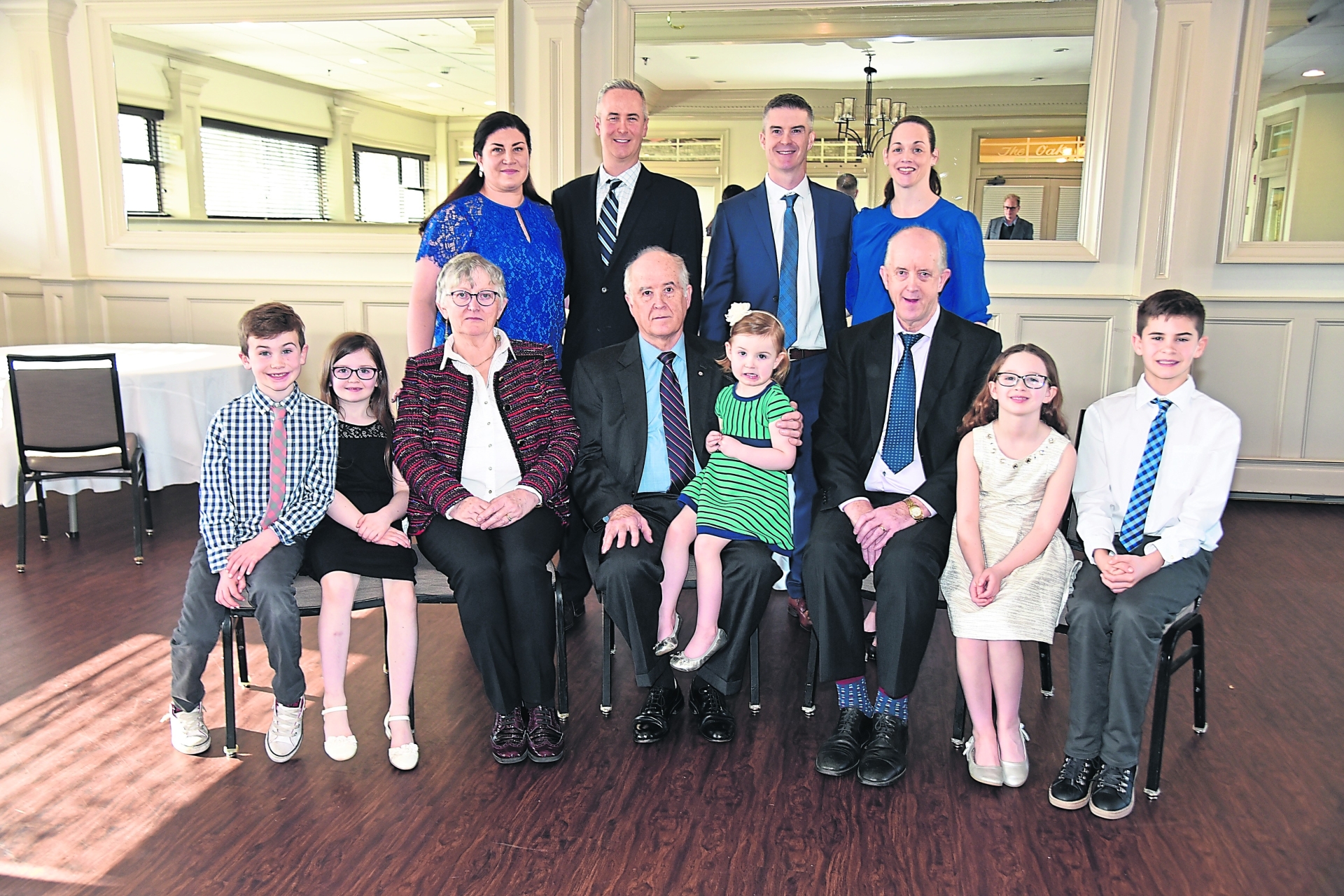 Donal O'Connell and his family

Though they immigrated many moons ago, they never forgot or forsaked their native county and all its great traditions.
So on March 13 at Antun’s, in Queens, the following long term-members and officers of the County Leitrim Society will be the guests of honor.

Besides the aforementioned honorees, the Society will also present the annual distinguished service award to Bernadette Dunleavy, who is currently an auditor and scholarship chairperson as well as being president in 2014-2015. Bernadette was born in the Bronx, but her mother was from Drumkeerin (Flynn) and her father from Arigna (Cullen).

Over the years the Leitrim Society has been one of the stronger organisations in New York, and of course that had a lot to do with Leitrim being one of the most immigration prone counties in Ireland.

Granted immigration has slowed to a trickle to the US, and though Society membership has declined a bit, the Society is still thriving.

More and more American-born members of Leitrim parentage are signing up and stepping up to leadership roles. Margaret Taylor Finucane has already followed in her father’s footsteps and so also has Sharon Brady. Currently two sisters, Mary Callaghan and Noreen Regan Leggiero daughters of the late John Regan (Kiltyclogher) are presidents-in-waiting. In addition Meg McKeon Baker, daughter of the late Barney and Olive, controls the purse strings, and Marie Dunleavy, the current journal chairperson could be regarded as second generation Leitrim stock. Judging by a number of recent events, it’s obvious that the bonds of the diaspora with their native county may have intensified rather than diminished in recent years. Perhaps Seamus and Caitriona Clarke stepping up to sponsor the Leitrim team is symptomatic of that greater bond. 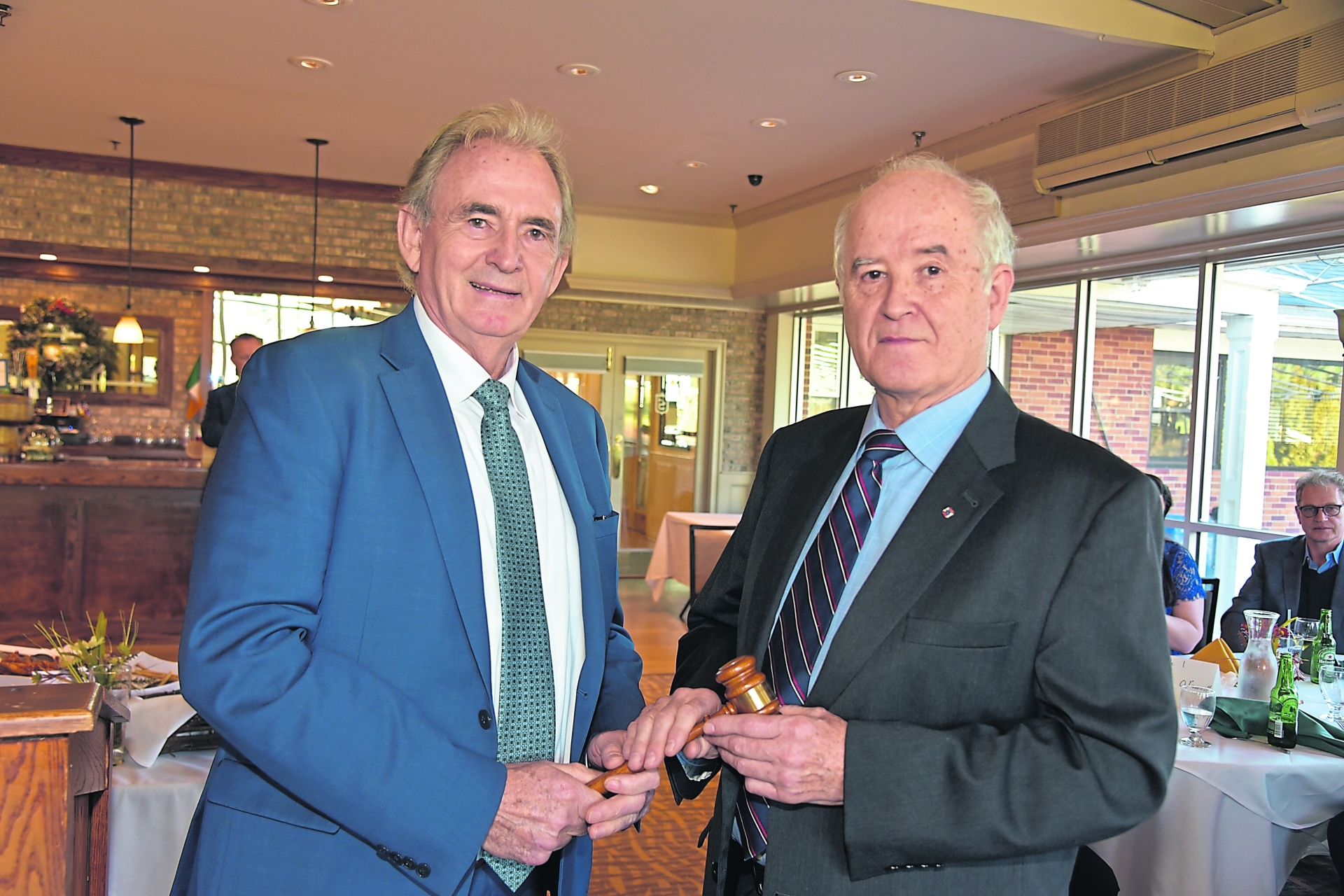 Indeed that bond appeared to become more robust when Dessie McWeeney, the previous president of the Society exhorted members to support the wall. No it wasn’t the one at the southern border he meant, but the wall at the Centre of Excellence at Annaduff. Well the Harvard Business School couldn’t have come up with a better marketing maxim when the Aughnasheelin man announced, “you will have your names on a tombstone eventually, but if you buy a brick, at least you’ll be able to read it before you go”. Apparently that was the catalyst, judging by the purchase of bricks from this side of the pond.

Then when Leitrim got to Croke Park, McLean and Katonah avenues were nearly beginning to look like the deserted village.

You would be forgiven for thinking you were outside Gaelic Park rather than Croke Park judging from all the Leitrim folk you were bumping into. Indeed the first man I met was Joe Taylor, but that should have been no surprise given Joe’s passion for Leitrim football, and of course all things Leitrim. Indeed when I think of Joe and football, I’m reminded of the ad about what comes between Brooke Shields and her Calvin Klein jeans, of course, nothing.

Well nothing comes between Joe and Leitrim football, after all didn’t he skip his daughter’s graduation so that he could be in Roscommon in ’94. So if there is a Hall of Fame for Leitrim supporters, Joe would be inducted on the first ballot. Support for your native county does not get much better than that.

Though the needs of members may have changed over the years, the Society is still very much to the fore as a social organisation, while also promoting Leitrim’s finest traditions and culture through the medium of awarding scholarships to its younger members. However Leitrim is second to none when it comes to leading and organizing benefits for those who have been afflicted by illness, accident or injury. Generosity is at the core of their DNA. The Society is still a home away from home for many of us on this side of the big pond.

Long may it continue.