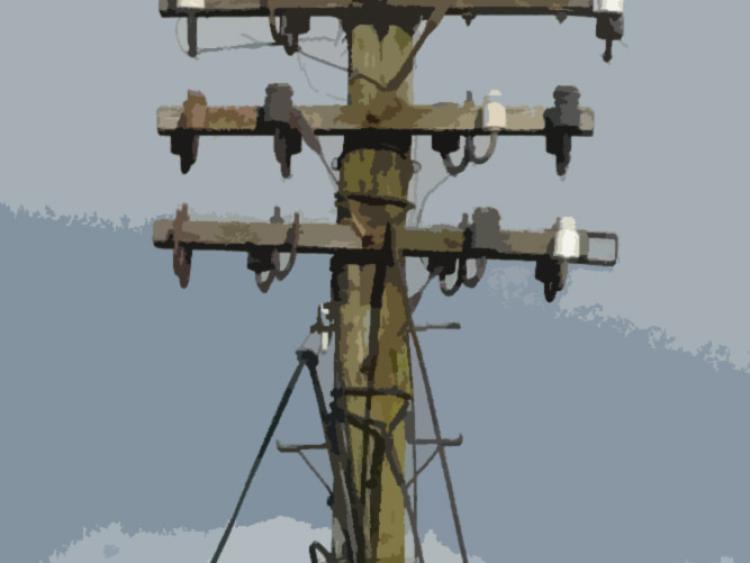 A Carrigallen councillor is calling for a “little imagination and flexibility” from Eir, ESB and the council in relation to replacing poles.

He said, “Many (poles) were traffic hazards sited in the middle of set backs which have been created in front of new houses.
“With a little imagination and flexibility we could get this right this time, bearing in mind traffic volumes have greatly increased since the first poles were placed on our rural roads.”
He said the communication and light companies are replacing poles but not moving them out of danger, he said as most poles now are taller than before there is “some wiggle” room in relation to location.

Leitrim County Council informed the councillors : “Eir require a road opening licence for any new poles at the side of public roads. They do not require a ROL (licence) for replacing damaged or weakened poles.
“Under the ROL we can and have informed the provider to underground the service, however this higher cost is usually passed on the end user. ESB do not construct poles on rural road sides. Under section 53 of the Electricity (Supply) Act, 1927 they can erect electricity supply poles without ROL.”

Cllr O'Rourke was not satisfied with this and said in the interest of safety there should be negotiation. He said landowners would be happy to find a more suitable place for the poles. He asked the council to come to Carrigallen and see “the mess.”

Also read: More than €6m allocated for Leitrim roads in 2021