Carrigallen Macra fundraising tractor run is set to get motoring this Sunday, January 2 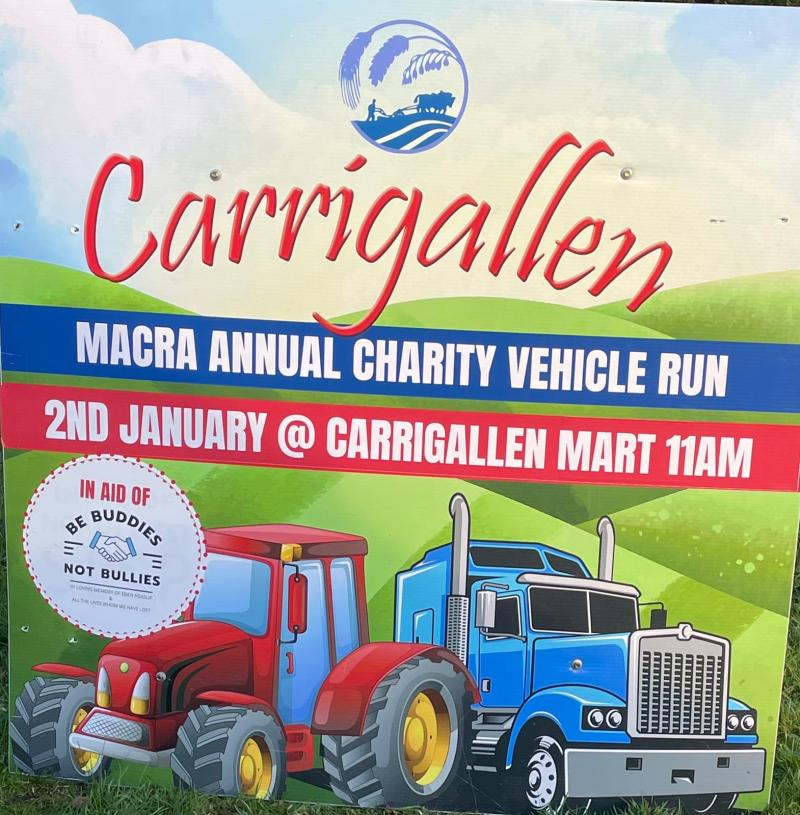 A Charity Tractor Run in aid of Be Buddies not Bullies will take place on Sunday 2nd January at 11am beginning at Carrigallen Mart.

The charity was set up by the late Eden Heaslip's family after their teenage son took his own life after he became the target of vicious bullying.

The family want to get their anti-bullying message out there as they do not want another young person to experience what their son did before his passing.

A gofundme page has been set up to raise fund for this charity. You can make a donation here.