Major demonstration to take place against return of hard border 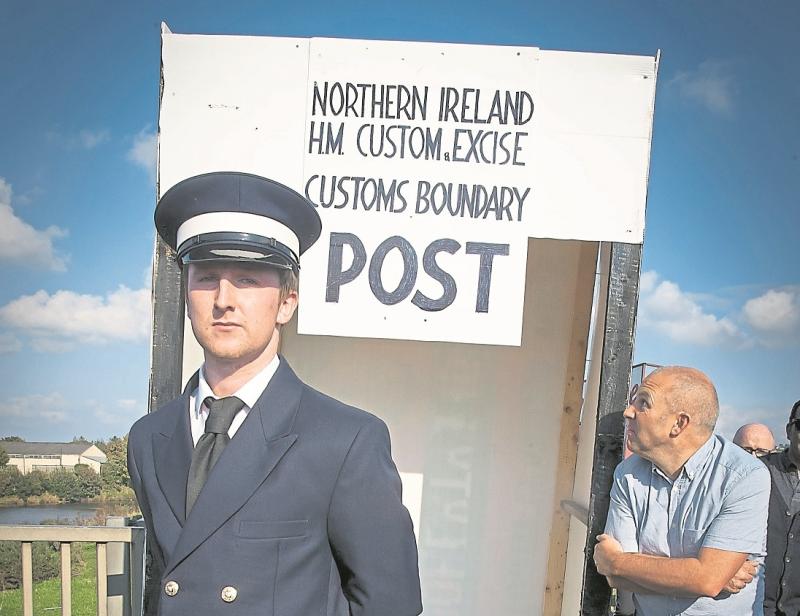 As the Brexit deadline approaches for Britain to exit the European Union, Border Communities Against Brexit (BCAB) are planning a major demonstration against the return of a hard border in Ireland.

The demonstration will be held at Carrickarnon on the old Newry Road at the Louth/Armagh border to take place on Saturday, January 26 at 3pm.

BCAB was founded by people living and working on both sides of the border and the group has campaigned in Ireland, London and Europe.

BCAB spokesperson, Declan Fearon said: “Amidst the Brexit chaos that currently dominates British politics, the people who live along the border in Ireland are being forgotten.

“It is clearer than ever that politicians in Westminster such as Reece Mogg, Boris Johnston and Sammy Wilson simply do not care about the impact that a hard border or a no-deal Brexit will have on our families and on our communities.

“People living here are very worried about what the future holds. At the beginning many people did not believe it would come to this. That’s why we set up Border Communities Against Brexit."

Mr Fearon said that the group wants to "ensure that the people of the border weren’t ignored.  We wanted to highlight how Brexit could detrimentally impact on the border and on the North as a whole.

“We have worked hard in Ireland and in Europe to explain how Brexit will damage and undermine our communities and economy.  Unfortunately, the people of this region are being written off as those in Westminster continue to squabble and jockey for position.

“As the Brexit deadline looms, we urgently need to send a very clear, very loud and unequivocal message to the British and Irish Governments and indeed the European Union, that the people who live along the border are not going back to the past."

Mr Fearon said  that the border communities of the island of Ireland "will not be collateral damage in Britain’s Brexit mess".

“Any attempt at imposing a hard border through our communities and our lives will not work and will not be tolerated by any section of the people who live here. Indeed, former Taoiseach, Bertie Ahern said 'if you tried to put it there you wouldn't have to wait for terrorism to take it down, people would just physically pull it down - the ordinary people'.

“The communities of this area, on either side of the border, will not tolerate or acquiesce in any construction of new border installations, posts or on any restriction of movement in their own country."

BCAB are encouraging as many people as possible to attend the protest in a show of solidarity on January 26.