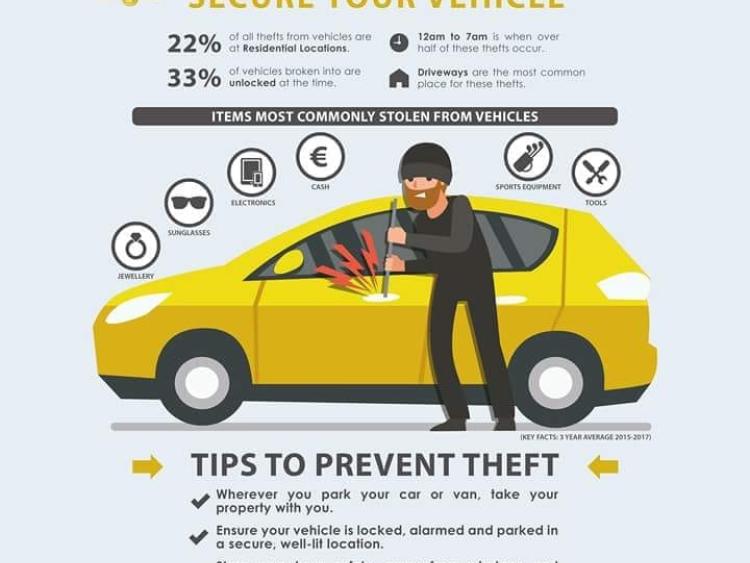 In the early hours of Saturday, July 13, two males were arrested while attempting to break into a parked car in the Belturbet area.

The men were observed by members from Cavan on routine patrol and both were brought to Cavan Garda Station and detained for questioning.

One was subsequently charged with related offences and is due to appear in court.

Gardai are advising motorists to always ensure they park in areas which are well lit and to not leave any valuables visible within the vehicle. 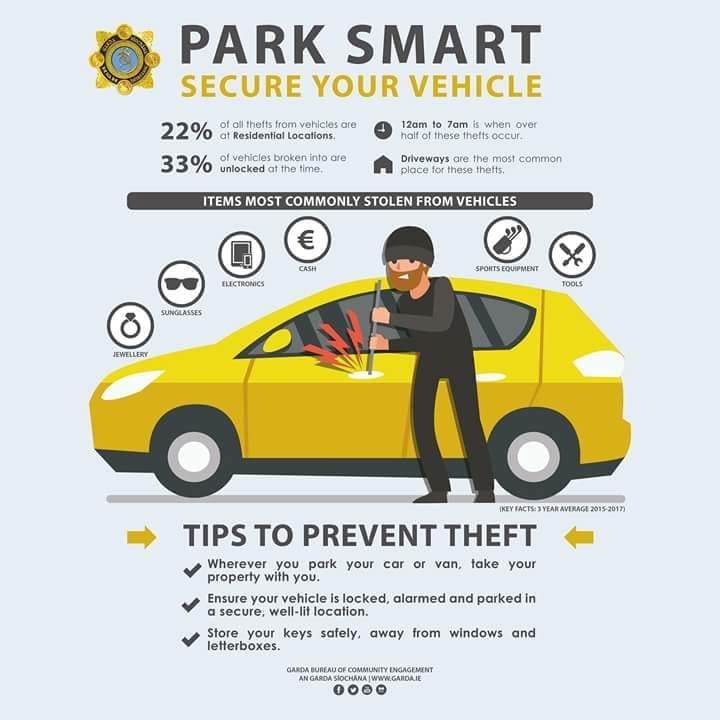