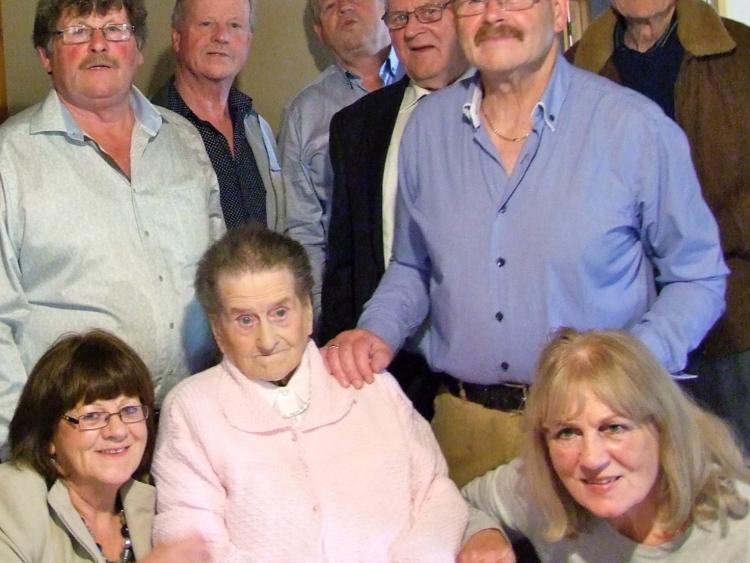 Margaret McGovern with her family on her 100th birthday

There were great celebrations in Glangevlin, Co Cavan on Saturday, July 4 last when Margaret McGovern celebrated her 100th birthday with her family.

Margaret, nee McGreal from Slievenakilla, Ballinaglera, moved to Curraghglass, Glangevlin aged 22 when she married the late Charlie McGovern on August 5, 1942.

She spent 54 years living in Curraghglass before moving to live with her son Oliver and daughter-in-law Maureen at Moneensauran, Glangevlin where she has spent the past 24 years.

Margaret has been a widow for the past 45 years.

Margaret and Charlie had 10 children, eight of whom are still alive, and they and their families gathered in the house with their mother to mark the special occasion on July 4.

A special Mass was celebrated in the house followed by a party with a marquee on site. 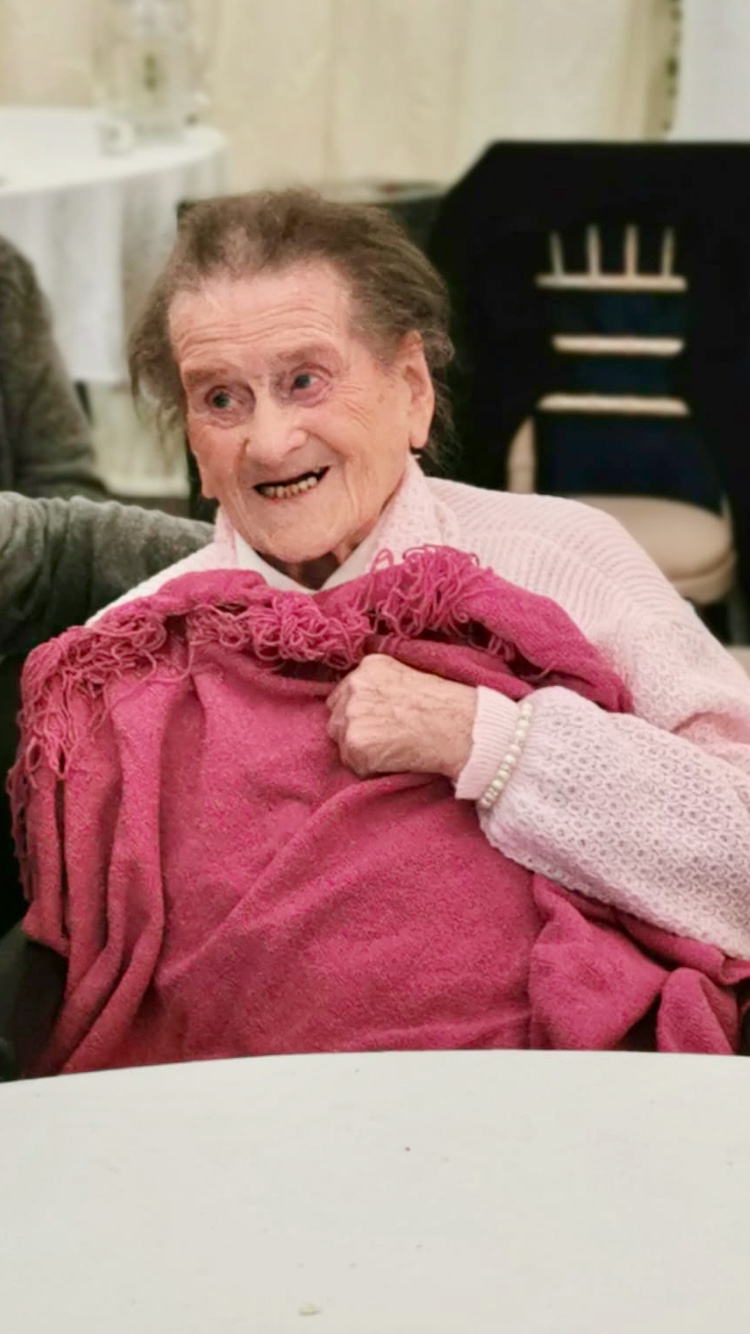 An extra celebration for the family was that her eldest son John celebrated his 77th birthday on July 5.
Margaret has 24 grandchildren, 25 great-grandchildren and remarkably one great-great- grandchild, a little girl who lives in the USA.

Speaking to the Observer, Oliver and Maureen said Margaret is in relatively good health which she always put down to hard work on the family farm. She is in good spirits and can get around with the use of a walking aid.

Margaret was fond of attending Mass when she was able and was also an avid bingo player in the past in Drumshanbo and Swanlinbar. She enjoys the monthly visit of the priest to the house.

Oliver said she has attended hairdressers but has never had to colour her hair and still retains her natural hair colouring.

Margaret is the last surviving child of James McGreal and Ann McTiernan. Her brother and two sisters are deceased.
She was baptised in St Hugh's Church, Ballinaglera on the day she was born on July 4, 1920.

Margaret would like to thank all the people who helped in any way to make her birthday such a special day. A big thanks to all her family, neighbours and friends who sent cards, made phone calls, and sent lovely gifts.

Best wishes to a remarkable lady!