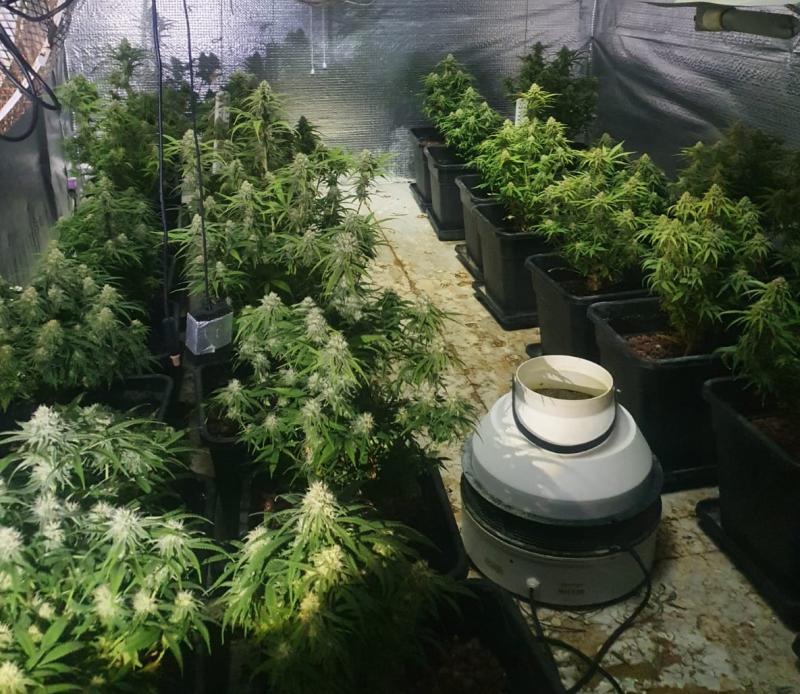 Gardaí have arrested a man following the seizure of approximately €97,000 worth of suspected cannabis plants following the search of a house in Co Cavan under Operation Tara on Monday, November 29, 2021.

Shortly after 9pm on Monday night Gardaí from Cavan Garda Station carried out a search of a house on the outskirts of Cavan town under warrant.

During the course of this search a quantity of suspected cannabis plants believed to be worth €97,600 were discovered and seized. Heaters, lights and extractor fans associated with this grow house were also seized from the property.

One man in his early 20s was arrested at the scene and detained at Cavan Garda Station in connection with this seizure.

He has since been charged and will appear before a sitting of Monaghan District Court this morning Wednesday, December 1, 2021 at 10.30am.

This seizure forms part of Operation Tara an enhanced national anti-drugs strategy, which was launched by Garda Commissioner Drew Harris on July 2, 2021.

The focus of Operation Tara is to disrupt, dismantle and prosecute drug trafficking networks, at all levels - international, national, local - involved in the importation, distribution, cultivation, production, local sale and supply of controlled drugs.