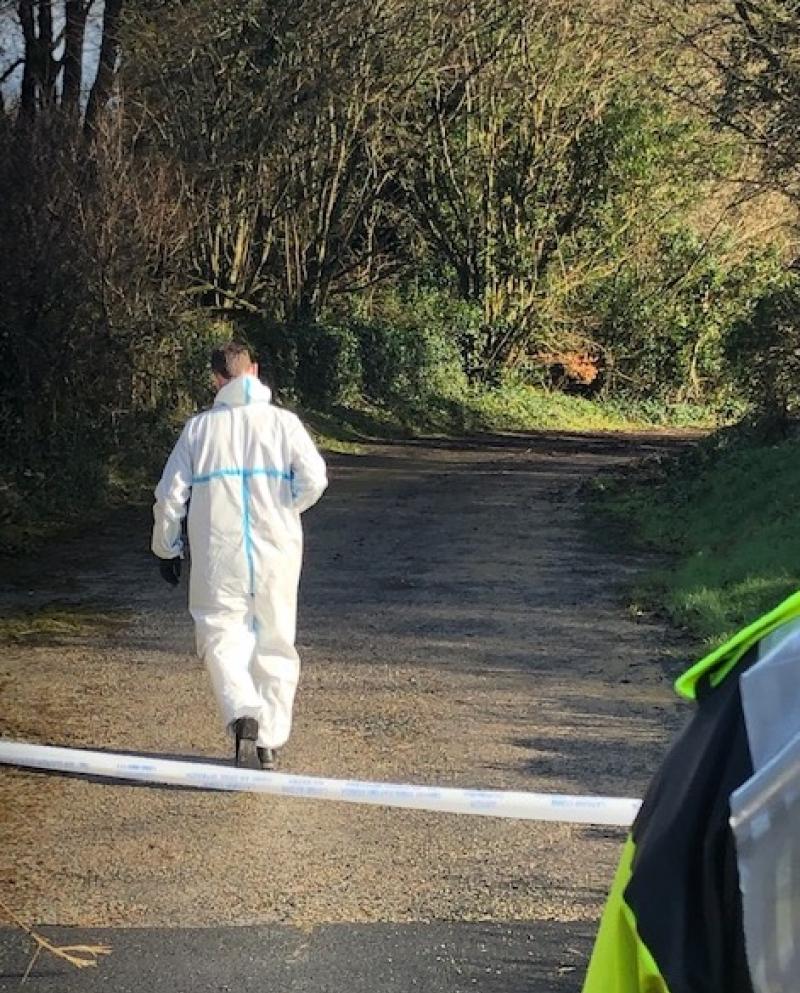 Investigations are continuing into the savage attack on a lone unarmed garda at Blacklion, Co Cavan in the early hours of Monday morning, February 28.

It is understood from Garda and local sources that the 29-year-old Garda was on patrol and just after 2am came upon a suspicious vehicle. He followed the vehicle and it stopped.
Gardai believe one of the occupants of the car had a gun, the Garda was beaten and doused in petrol along with his patrol car.
Locals say a farmer may have disturbed the activity by shining lamps in the direction of the noise, but this has yet to be confirmed.
The Garda was found on a road beside Loughan House prison in a quiet park area known as White Fathers cave.
The Garda did call for back up but could not give exact details, a location Garda AVPLS system was used to find injured member.
The Armed Response Unit and gardai responded, but they came from the district headquarters in Cavan Town, some 60kms away - Blacklion lies on the edge of a very large Cavan Garda District. Blacklion previously came under the Manorhamilton Sligo/ Leitrim District.

The Garda was rushed to Sligo Hospital and his injuries were treated, it is understood he has since been released to recover at home.
The area outside of Loughan House was sealed off for forensics Monday.

Chief Superintendent McGovern, Cavan Monaghan Garda Division said, “The exact motive for this attack is yet to be determined but it is extremely concerning that a member of An Garda Síochána appears to have been targeted and doused in some form of accelerant, the exact intent of this attack is unknown at this time.”
They have appealed for information from the public and would like to speak to any person driving on the N16, Cavan, passing Loughan House Prison, or the R206 and R207 at their junction with the N16, between 7pm Sunday 27th February 2022 and 3am Monday 28th February 2022, Call Cavan Garda Station on (049) 4368800, the Garda Confidential Phone Number 1800 666 111 or contact any Garda Station.
The incident has raised serious concerns about rural policing and the risks faced by gardai patrolling alone in rural areas, which is common.

Leitrim TD Martin Kenny and Sinn Féin Spokesperson for Justice expressed his outrage at the incident. He stated, “This is very sinister and alarming for the police service working in rural areas, often alone.
“I have called for more resources and front line Gardai for rural areas, to protect the community and for the overall safety of the Gardai themselves.”

Local Fianna Fáil Councillor John Paul Feeley said the community was in shock at this attack and despite the proximity of the prison, the area sees “rarely any trouble.”
He said the garda was well liked in the area and wished him a speedy recovery. He said Gardai often work alone in the locality which sits on the border with Northern Ireland, and this practice should be looked at for the future.

Garda Representative Association representative James Morrisroe said: “Unfortunately this horrific and vicious assault once again highlights the dangers faced by our membership while on duty on a daily basis.”

“In recent years we have seen increases in the number of assaults and the viciousness of such attacks. The circumstances of this incident are disturbing and highlight the need to protect the gardaí that society relies on to keep them safe.”
The injured garda, 29-year-old Padraig Scott from Tulsk, Co Roscommon is understood to have been released form hospital and recovering at home.

Tulsk GAA
Tulsk GAA has described Padraig as a "highly valued and highly respected member " of their club. He captained the club's intermediate team to win the Roscommon County title in 2019. His club wish him a speedy recovery and “look forward to seeing him back in action for Tulsk in the weeks ahead.”
For updates on this story keep an eye on www.leitrimobserver.ie