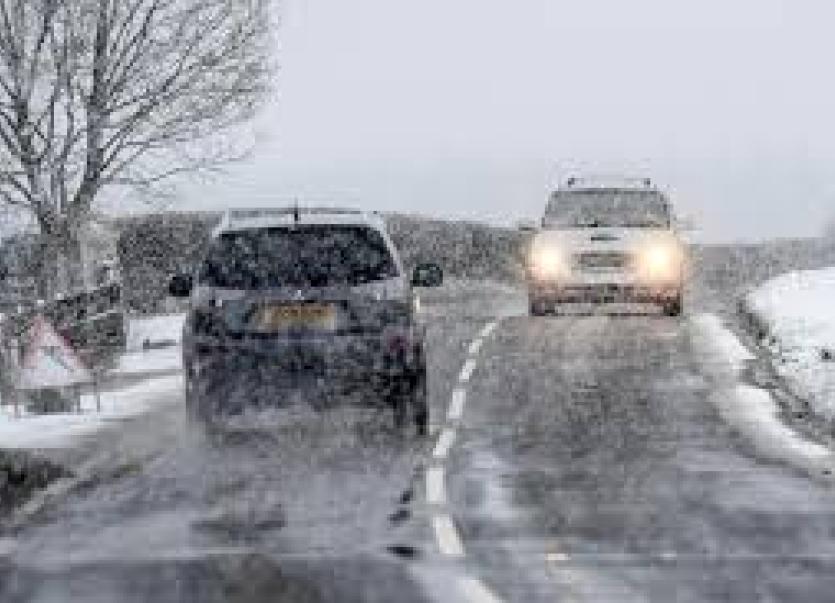 Slow down and allow yourself extra time to reach your destination.

Motorists are being warned to exercise additional caution when driving in the coming days, as Met Eireann has forecast a drop in temperatures with a risk of sleet, hail and snow for the latter half of this week.

Temperatures are expected to drop from Thursday afternoon, with the cold spell persisting into the weekend, resulting in a risk of hail and snow particularly in western and northern areas. In advance of this, motorists are being urged to drive with extra care in the coming days and to ensure that they adapt their driving to the snowy and icy conditions.

AA Roadwatch, the traffic monitoring service, is also warning motorists to expect delays and allow additional journey time if conditions take a turn for the worst.

“Any sudden change in weather conditions, be it snow, ice or heavy rainfall can have a serious impact on traffic across affected areas. Motorists will need to slow down for their own safety, resulting in longer journey times, but you will also see more cars on the roads in affected areas,” Elaine O’Sullivan, Acting Editor of AA Roadwatch stated. “When we see weather conditions worsen we also tend to see people who would normally cycle, walk or use public transport opt to use a car if they have access to one. As a result, traffic levels normally worsen on the major routes in any affected areas.”

Motorists are also being warned that the impact that falling snowfall or sleet can have on visibility may make it more difficult to see vulnerable road users. As a result, additional caution on routes used by cyclists and pedestrians will be needed.

“When sleet or snow is falling and building up on your windscreen it can be quite difficult to see vulnerable road users, such as cyclists or pedestrians, so it’s important that motorists adapt their driving accordingly,” Elaine added. “By slowing down, allowing extra overtaking room where possible  and taking extra care motorists can do their part to keep the roads safe even in the worst conditions.”

The AA is also preparing for a spike in breakdowns as a result of the change in conditions, with motorists being advised that colder temperatures can result in older or weaker batteries becoming defective. Drivers who haven’t already done so are encouraged to give their car a quick once-over to ensure the vehicle is fully winter-ready.