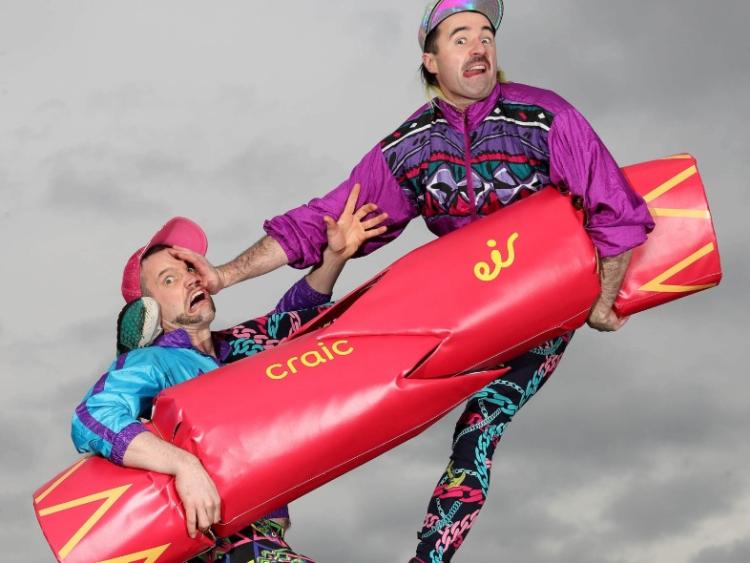 This Christmas, eir is bringing great together with a winning combination of broadband and 4G. To complement its ‘brilliant +brilliant = super brilliant’ ad campaign, Ireland’s biggest telecommunications company set about finding other brilliant pairings and favourite funny moments of the festive season.

In a nationwide poll, based on a survey size of 1,000 people, eir discovered that the following joke was Ireland’s favourite festive gag:

Q: What do you get if you cross Santa with a duck?

A: A Christmas quacker!

The Christmas Craic-eir Report reveals that one in five Irish people have the most festive fun by telling Christmas cracker jokes over dinner on the 25th December. There is certainly no shortage of laughter over the festive period as 29% of the nation revealed that watching an adult struggle to assemble a child's Christmas present raises the most chuckles on Christmas Day. The report also highlights that the younger generation don’t seem to care if they’re naughty or nice - one in four people aged 18-24 claim that watching a loved one unwrap an intentionally bad Christmas present cracks them up the most. 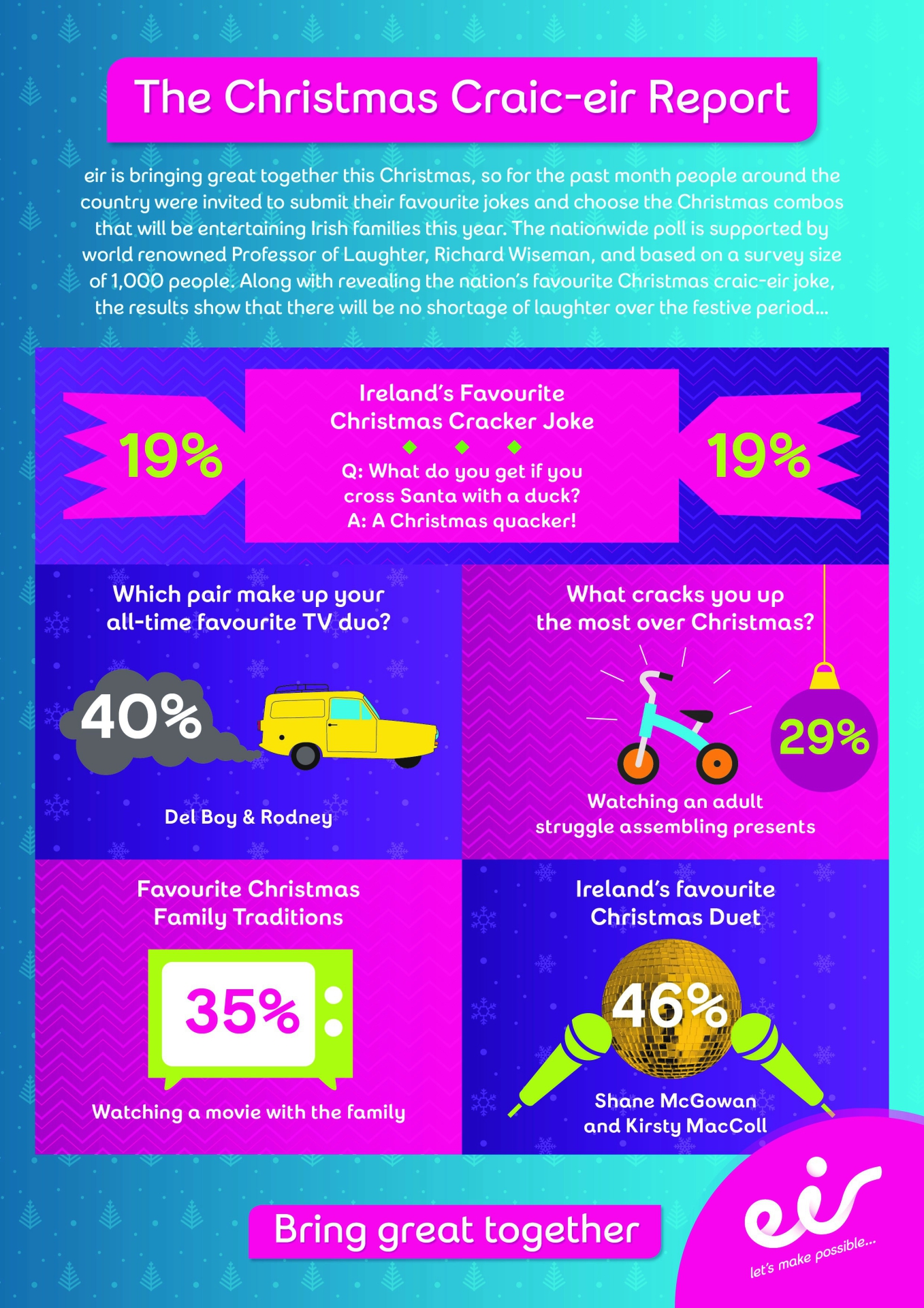 Professor Richard Wiseman, the UK’s renowned ‘Professor of Laughter’*, viewed the survey results. He commented, “Research shows that laughter helps people bond together, and so it’s great that so many people are able to see the funny side of Christmas.  My own work has shown people find the words ‘duck’ and ‘quack’ especially funny, and so that may account for the top-rated Christmas cracker joke. And, from a psychological perspective, there’s more to cracker jokes than meets the eye - I suspect that they are very poor on purpose, so that if they don’t get a chuckle, people can blame the jokes rather than their joke-telling skills!”

The Christmas Craic-eir Report also delved deeper into other brilliant combinations of things that add up to make Christmas great, and it turns out that the people of Ireland still cherish the TV comedy classics, particularly the classic Christmas specials. Two in five voted Del Boy and Rodney from Only Fools and Horses as their all-time favourite duo, edging ahead of Sherlock and Dr Watson, another famous London pair also known for securing large TV audience figures around the Christmas holidays.

Finally, the eir research provides further empirical evidence to support the annual debate on the greatest Christmas song of all time. Almost half of the country confirmed Shane McGowan and Kirsty MacColl’s recording of Fairy-tale of New York was their all-time favourite Christmas duet. Bing Crosbie and Frank Sinatra’s classic rendition ofWhite Christmas was deemed Ireland’s second favourite Christmas duet with 16% of the nation’s vote. Another Bing Crosbie duet, albeit a slightly more unusual and unexpected combination, with none other than Ziggy Stardust (aka David Bowie) rounded up the top three favourite duets. 13% of the country voted for their version of Little Drummer Boy.

This Christmas, eir is celebrating the many things that are possible when you bring great together - like bringing Ireland’s No. 1 broadband and powerful 4G mobile together for amazing value.   As part of eir’s new bundles offer, customers choosing the broadband and landline bundle for €40 for the first 12 months can avail of €50 cashback offer. Customers choosing the high-speed broadband, free access to eir Sport and BT Sport, landline and mobile offer for €40 for the first 12 months** (on a 24-month contract) can also avail of a free eir branded tablet.