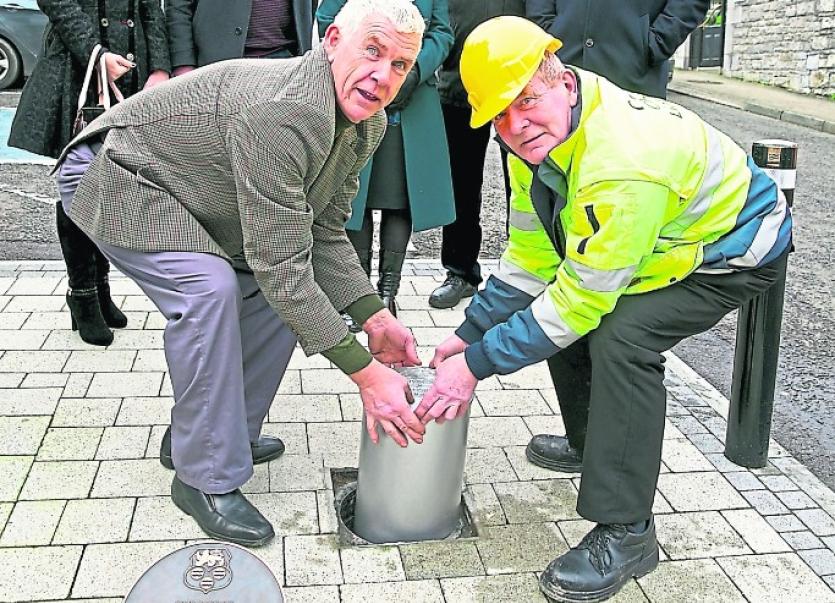 Cllr Paddy O'Rourke along with Seamus Prior preparing to bury a time capsule in Carrick-on-Shannon in February.

A man who acted as a Good Samaritan by coming to the assistance of a young woman who was injured in road traffic accident in Keshcarrigan was left out of pocket after emergency services cut the roof and doors off his car to remove the woman to hospital. 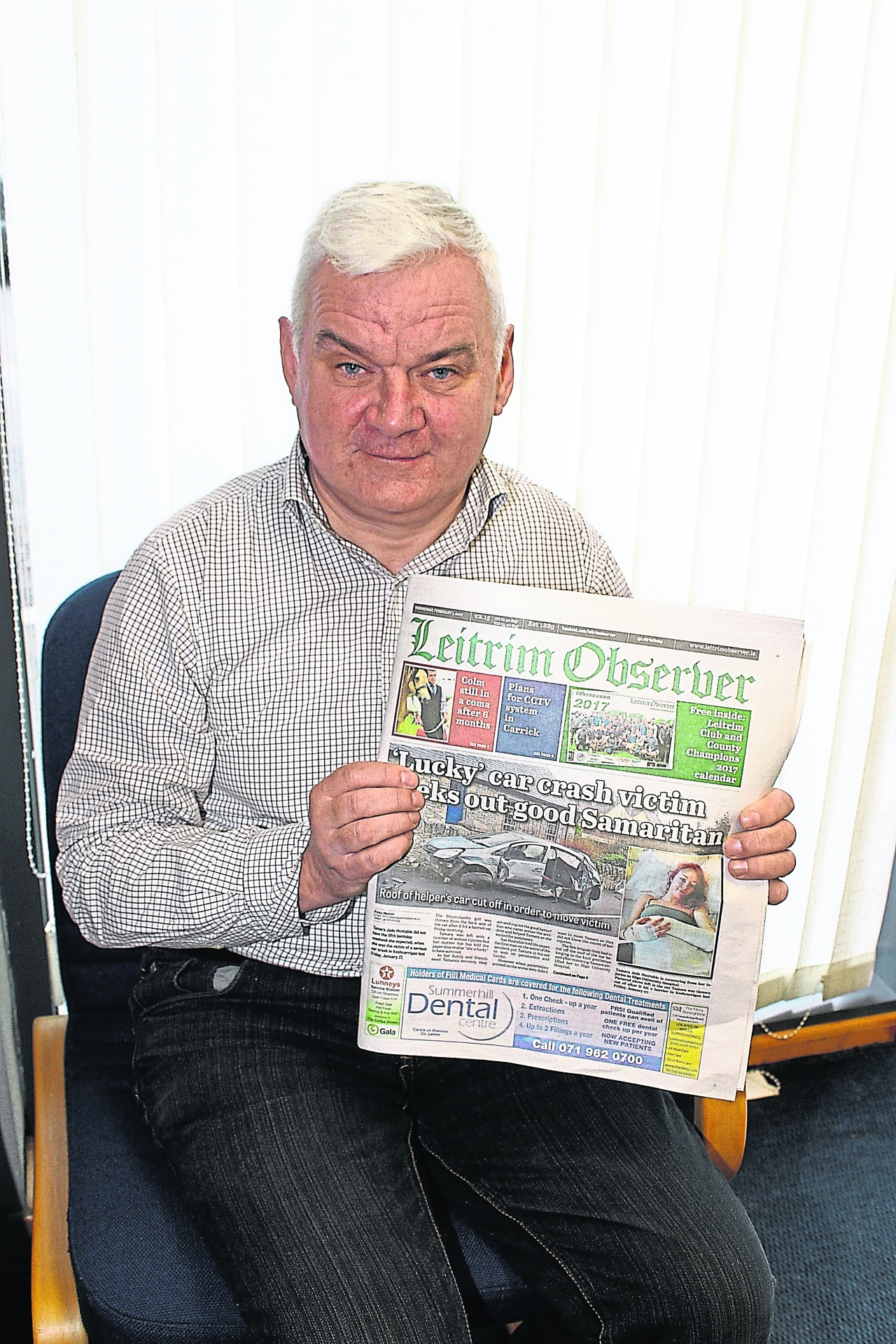 Pictured above is Paul Egan, the good samaritan who helped a young woman following a road traffic accident.

A Leitrim Observer front page in February featured a story about a young woman from Drumshanbo who was a back seat passenger in a car that crashed in Keshcarrigan village on Friday, January 27.
Tamara Jade Huxtable was injured after the car she was in struck a wall. Paul Egan from Sligo Town came on the accident almost immediately and he lent assistance while the injured woman waited in his car for the arrival of the emergency services.
While seated in the car, the injured girl started to go in and out of consciousness and the emergency services deemed it necessary to remove the roof from Paul's car in order to remove her safely.
After the accident Paul discovered the driver of the car that crashed was not insured meaning he was out of pocket for the damage caused to his vehicle. After his story was highlighted in the Leitrim Observer an online campaign was started to ensure Paul was reimbursed for his good deed. Within days of Paul's plight being highlighted his story was featured nationally including on Liveline while an online campaign helped raise €7,615 for the good samaritan.

The number of assaults in Carrick-on-Shannon made the news in February after Leitrim District Superintendent, Kevin English told the Leitrim Joint Policing Committee meeting, that there had been a substantial jump in the number of assaults recorded in Carrick-on-Shannon over the previous 12 months, with 50 percent of these attributable to the night time economy.
“This increase in assaults will be a priority for us in 2017,” he stressed. He said that the excess consumption of alcohol remained a problem, especially in Carrick-on-Shannon, and observed that this led to other offences including assaults.
Superintendent English said that in light of this, the consumption of alcohol will no longer be permitted outside of licensed premises in the town. “I don't make any apology for that (decision),” he told the JPC. 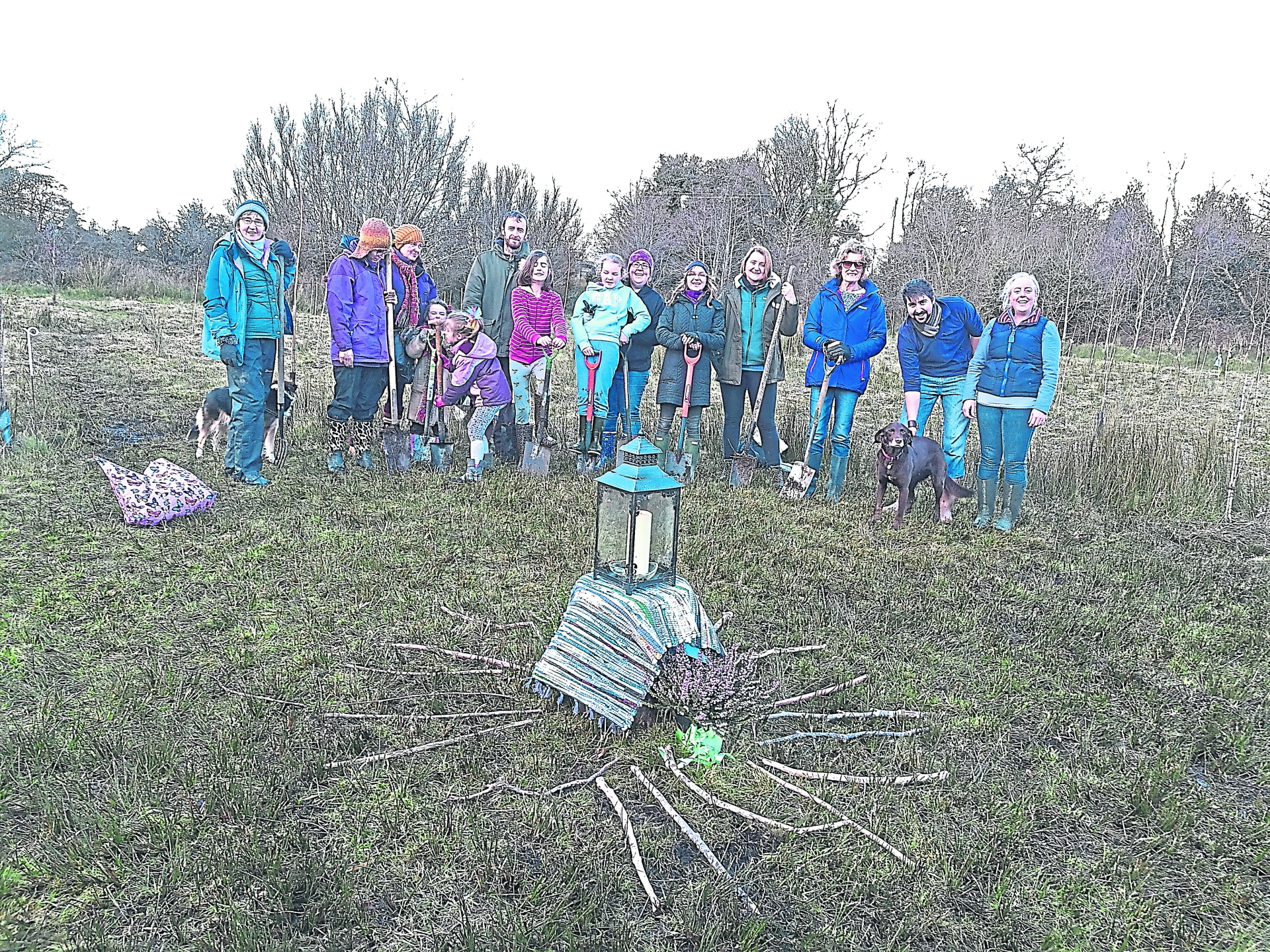 20 people came together on February 11 to plant over 200 native trees in Co Leitrim last February.

In February, the plight of Rebecca Hollidge, a sixteen year old girl from Annaduff who has suffered severe ill-health which she and her family believe is due to having the HPV cervical cancer vaccine, Gardasil, was highlighted.

A year of commemorating 1916 in Leitrim came to a close in February when a time capsule containing items and memorabilia was buried in Carrick-on-Shannon. The items placed in the capsule represented the many events that took place in Leitrim during 2016, the year of commemorations. Leitrim marked 2016 with particular pride given that the second signatory on the Proclamation and a key strategist in events that took place in 1916 was Leitrim man Sean Mac Diarmada from Kiltyclogher.

February also saw Cllr Enda Stenson make a passionate plea for the town of Mohill to be saved. Cllr Stenson said the town is “on its knees” adding, “We cannot sit back and be seen to be helpless, something must be achievable to help revitalise a once vibrant town,” he said.
“Are we going to stand by and watch it disappear?
“That's what's in danger of happening now and I think it's extraordinary,” Cllr Stenson said.