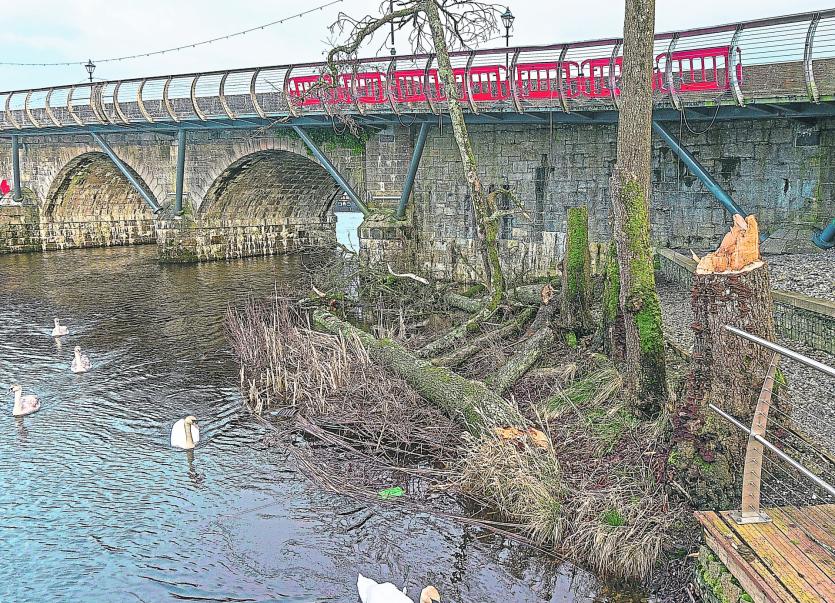 Swans are pictured investigating the damage caused by Storm Doris at the bridge in Carrick-on-Shannon. Photo by Gerard Faughnan.

Speaking at the Joint Policing Committee public meeting in Drumshanbo's Mayflower Centre, Sligo/Leitrim Chief Superintendent, Michael Clancy, said that County Leitrim remains one of the safest places in Ireland to live, raise a family, work and grow old in.
“That did not happen by accident,” he told those at the public meeting, adding that it was the support of the community and the spirit of co-operation between people and the gardai, that made this possible.

Having won a life-changing €1,005,000 in a National Lottery draw, a Leitrim man, who wished to keep his win private, made the journey to Dublin to collect his winnings.
The Quick Pick ticket was purchased at Newtowngore Post Office with the lucky winner revealing, “I was checking the results on the TV on the night of the draw and I noticed that I had one of the winning EuroMillions raffle numbers and I was absolutely over the moon with the €5,000 prize.
“The next day, I went into the shop to see how I could claim my prize money when all of a sudden, the shopkeeper took me to one side. 'You’ve won one million and five thousand euro' they said! I was stunned. I quietly put the ticket back into my pocket and made my way home as quick as I could,” he said. 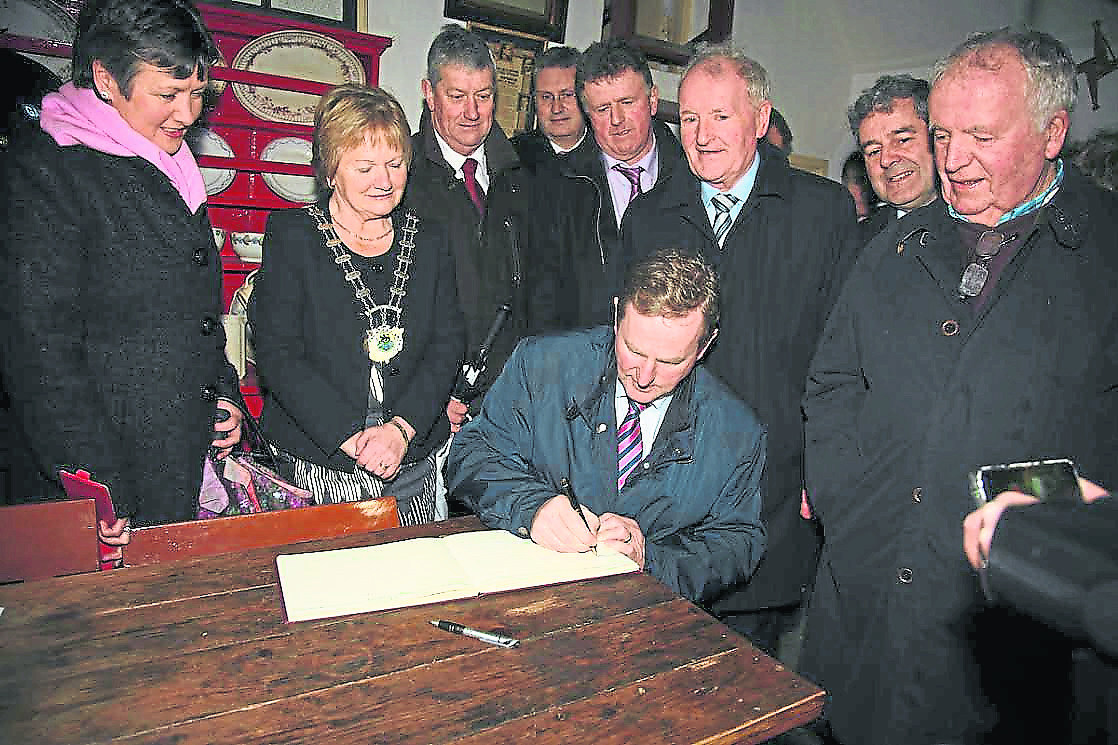 An Taoiseach Enda Kenny is pictured signing the visitors book at the homstead of 1916 leader Sean MacDiarmada in Kiltyclogher.

In one his final visits to the region as Taoiseach, Enda Kenny visited the homestead of Sean MacDiarmada and insisted Brexit will not result in a return to borders and violence.
Addressing the residents of Kiltyclogher, An Taoiseach said, “It is a political challenge because the border in the past brought with it sectarian violence and all of those elements of criminality that came along with that.
“Kiltyclogher is now a peaceful village and everybody wants to get on with their lives and we want to work with that for the future.
That is essential in the context of negotiating Brexit.”