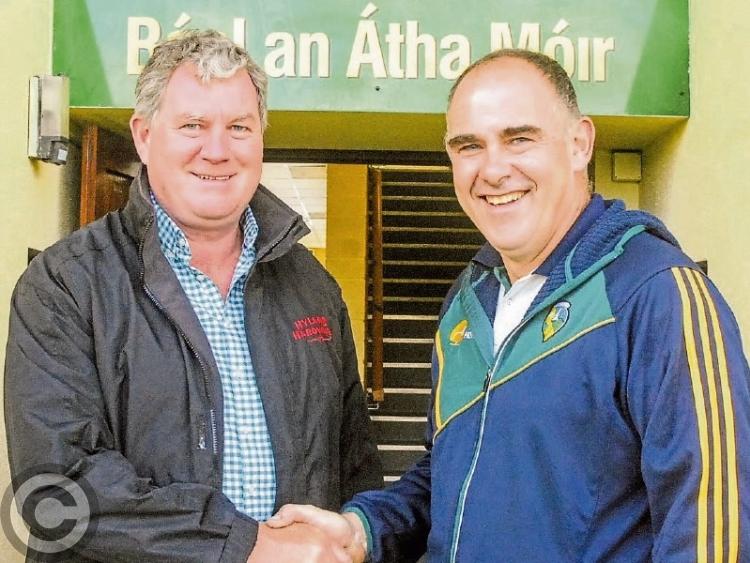 New Leitrim manager Terry Hyland has revealed his new look Senior management team with a strong emphasis on talent from within the county.

Former Drumreilly player and Cavan Minor manager Gary Donohue and Glenfarne/Kiltyclogher's and former IT Sligo manager Padraig McGourty have been, as expected, named as Hyland's new selectors with a lot of speculation that the pair would join the new management team.

Strength & Conditioning coach Enda Lyons, seen as having a very positive impact on the team over the last two years, has been retained in his role with current Drumkeerin player Shane Bohan joining as the team's physiotherapist.

The Observer understands that the Hyland and his management team has been attending a lot of club championship games in recent weeks.

Selector - Gary Donohue: The Drumreilly native has extensive coaching/management experience over the past decade. As a player he had a successful adult playing career with Drumreilly, and with his adopted club Gowna he captured five Cavan SFC titles and worked alongside the legendary Eamon Coleman at the club. He was Cavan Minor Manager from 2011 to 2014 winning one Ulster title. Gary was a selector with Aughawillan team that won the 2014 Leitrim SFC title and has also managed Ballinamore Sean O'Heslin’s, Belturbet and is currently with Fr Manning Gaels in Longford.

Selector - Padraig McGourty: The Glenfarne native has previously served as selector with the Leitrim Seniors and Under 21s in 2016 under the stewardship of Shane Ward. He has been the most recent manager of Sligo IT team having guided them through 2017 and 2018. He has been coach/selector to Sligo outfit Coolaney/Mullinabreena from 2014-16 and is their current Senior Manager. This year they have made significant progress reaching League D1 final and the semi final of Sligo SFC for the first time since 1970. He has previously managed and coached at all levels with Glenfarne/Kiltyclogher.

Coach - Jason O’Reilly: A former star player with Cavan and indeed a Railway cup player with Ulster, Jason won Senior and Under 21 Provincial medals with his native county. Since his inter county playing days ended he has been very active on the coaching front. He managed Lacken to a Cavan IFC title in 2012 and has managed Belturbet from 2014-16, with whom he still lines out. Since 2017 he has been at the helm with Cavan Gaels who took last year’s County SFC and reached the Ulster SFC final. In 2015 he coached the Dublin based Donegal senior footballers.

Strength and Conditioning Coach – Enda Lyons: The Carrigallen native is currently a GDA with Leitrim GAA. He has a top level professional qualification in this area of expertise and served in this position to great effect in the season gone by. A former Leitrim Senior goalkeeper, Enda was a member of the Leitrim Minor team that captured the 1998 Connacht MFC title and was the Leitrim Minor Manager when they took the Connacht MFL title in 2014.

Physiotherapist - Shane Bohan: The Drumkeerin native has previously worked in professional sports setups in NE England in both rugby and boxing. He was physiotherapist to Fermanagh GAA in the past season and worked with Sligo senior team in 2017. He currently plays football with Drumkeerin GAA.