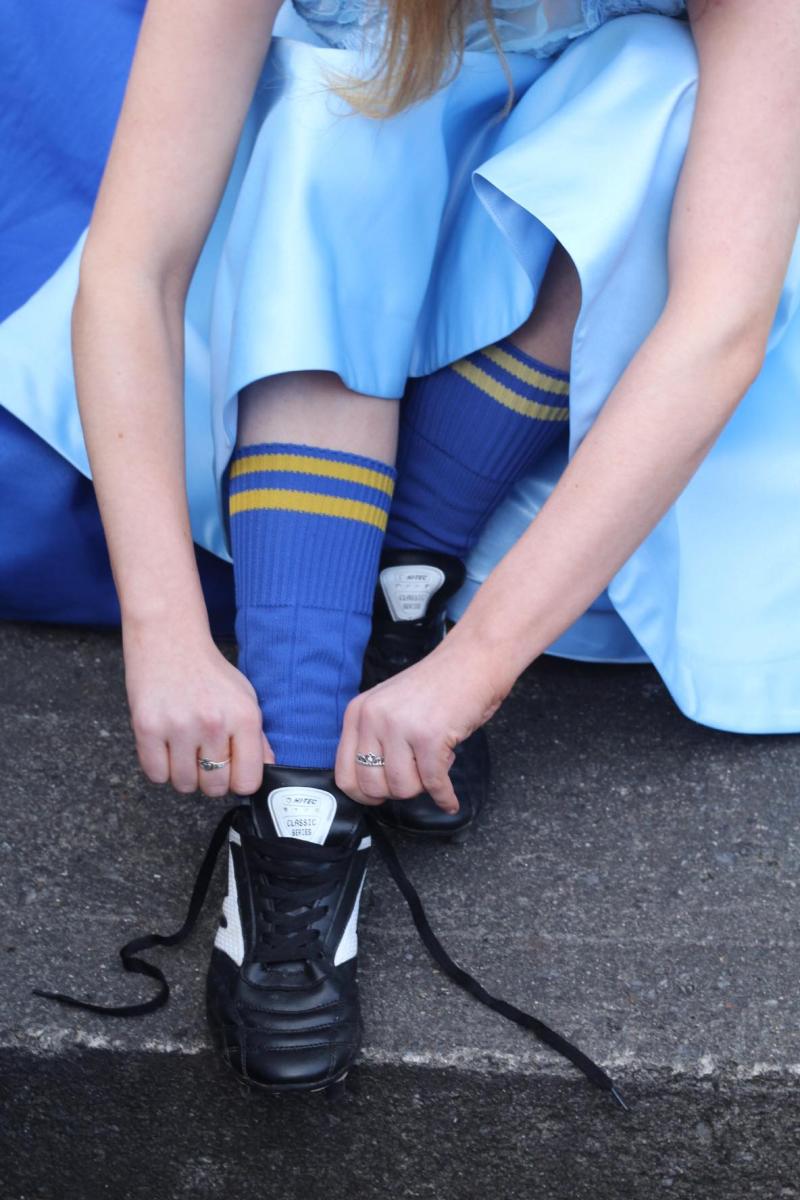 Cinderella: Keep Your Eye on the Ball (Even When it's in the Referee's Pocket) is the Christmas Pantomime in The Glens Centre, Manorhamilton from December 14-16.

Cinderella's Stepmother Evie has been the secretary of the Glencar Manor football committee for the past 13 years. Evie has been fundraising to fix the constant leak in the ladies changing room since she first got the role and if she happens to take month long cruises when she should be calling the plumber, well that is none of your business now is it?

Cinderella longs to play on the field but is stuck being the water girl for her stepsisters who are the best players in the county* and watching longingly from afar as Chris Charming, captain of the senior men, trains with his team.
Things come to a head at the fancy dress fundraiser fun football extravaganza where Cinderella's life is changed forever.

*Evie has bribed the community of Manorhamilton and the referees of every match to say so.