To date an accumulative amount in excess of €184,000 has been raised by the swim and donated to the hospice. 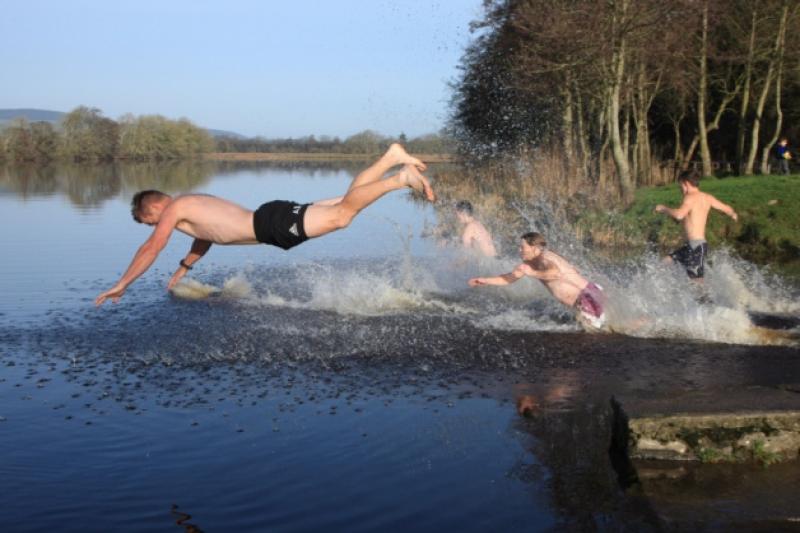 Take a dip for Christmas Day and help raise funds for charity.

Our first swim took place on Christmas Day 2001, the idea originated in a bit of banter between two locals (Jimmy Frazer and Michael Wall) daring or even defying each other to go for a winter swim…..the notion planted a seed in a few minds and quickly the suggestion of taking a dip on Christmas morning as a fundraiser for charity grasped the imagination of the local community.

The unfortunate reality that practically every family is related or connected to some victim of cancer made the selection of North West Hospice as the beneficiary of the fundraising effort very easy. Our first swim raised approximately €6,550.Each year the amounts raised has steadily increased to an amount last year of €10,435. To date an accumulative amount in excess of €184,000 has been raised by the swim and donated to the hospice.

Since 2001 the number of participants and spectators has steadily increased. In 2001 approximately 20 people participated, mostly members of our local Rowing Club, last year an approximately 80 people took the dip. The event has now become a tradition in the area and each year the participants are coming from further and further away – young and old participate.

On the day, we have a DJ, hot drinks and a raffle. We are very thankful to our local businesses that generously sponsor spot prizes. The organisation of the event is all done voluntarily with everybody in the local community doing something to assist in the event becoming the success it has.

The work that North West Hospice has done for local families is to the forefront of our minds and this is reflected in the amounts of money raised.

This years dip is scheduled for 1pm Christmas Day, at Flynns Pier, Ballindoon (via Castlebaldwin). As ever we thank everybody for their continued support of the event and we are appealing for new participants, who can get sponsorship cards from the committee or by Lough Arrow Christmas Day Swim facebook page.