FOOD: Here's why Brussels sprouts are not just for Christmas 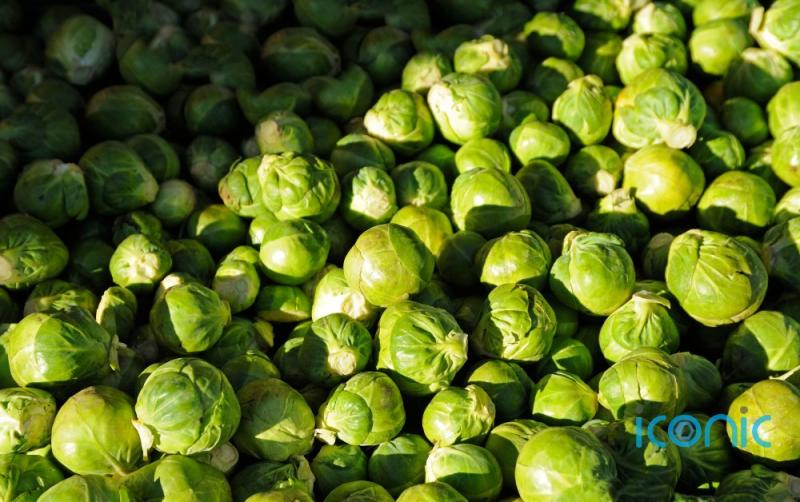 FOOD: Here's why Brussels sprouts are not just for Christmas

Brussels sprouts have had it rough. Horrifically mistreated throughout the Seventies, Eighties and Nineties, for too long we threw them into boiling water and left them to wilt, stew and practically dissolve.

In the process, generations have grown up thinking sprouts are disgusting, an inedible hell only to be endured on Christmas Day.

“I still have nightmares now, watching my mum on Christmas Eve criss-crossing the bottom of the sprouts,” remembers chef Gordon Ramsay, author of Ramsay In 10. “The minute she blanched them they blew up – all the leaves had separated.”

We’ve moved on now though, haven’t we? In recent years the much-maligned, iron-packed brassica has had something of a renaissance amongst celebrity chefs, cookbooks, restaurants and, increasingly, home kitchens. It has slowly been discovered that they don’t need to be boiled to smithereens. They can be fried! Roasted! Shredded! Eaten raw in a salad! Who knew?!

With one foot in tradition, Ramsay will admittedly still part-blanch his sprouts – but then he’ll “roast them with the most amazing, caramelised shallots, and finish with pancetta”.

Irish chef Donal Skehan, likes his sprouts “in every way, shape or form”, he says buzzily. One day he’ll chop them up for a raw salad, and the next it’ll be cooked up with soy sauce, parmesan and pancetta. “[There’s] a great little method where you slice them in half and you place them all in the pan, cut side down, and you add fish sauce and sesame oil.” You pan-fry them until crisp, before adding “a splash of water and a little bit of honey, and then you pop the lid on and let them steam”. Crisp but soft, nutty and sweet, you could eat a whole plateful of them like that, all on their own.

“The great thing about sprouts is that you can cook them in lots of different ways,” says Lucy Brazier, author of Christmas At River Cottage, who also blanches them. “What you need to do is cook them at the last minute, just before you’re about to eat them – chuck them into boiling water and do a couple of minutes, so they start to soften but not go too soggy. And then if I’m doing them with chestnuts, I’ll stick them in a pan with the chestnuts, and fry them off for a couple of minutes as well, so you get some nice crispy edges.”

Chef James Martin also appreciates sprouts with chestnuts, as well as crispy bacon, “thinly sliced with a little bit of cream, and then sweat it off in a pan with a touch of butter” – butter being the focus of his latest cookbook.

Speaking of chestnuts – another ingredient taken hostage by the festive season – sprouts are too often devoutly considered a Christmas food, destined to be eaten only once a year, despite being in season from October to March. It seems unfair to confine them so strictly. Why treat them as a fleeting delicacy only to be scoffed annually and then forgotten, when Brussels can see you through the whole of winter? Every time you’d ordinarily reach for cabbage, broccoli, peas (anything green, basically), just sub sprouts in – they’re incredibly versatile.

“Brussels sprouts absolutely love to be charred – they need a blast of heat to bring out their hidden sweetness, and to avoid the soggy pitfalls of a long slow boil,” explains Ruby Tandoh, author of Cook As You Are (Serpent’s Tail, £19.99). Her top tip is to “pan-fry them with a little garlic, before drizzling with a peanutty satay sauce. The pairing works a dream.”

Singer and presenter Rochelle Humes, who has just released her debut cookbook, At Mama’s Table, is also a huge Brussels fan. “I actually do them in a wok,” she says. “I put bacon in there and onion and a bit of maple syrup, trying to make them a little bit tastier for the kids – but the kids actually really like them.”

Gino D’Acampo – whose new cookbook is Gino’s Italian Family Adventure – brings his Italian sensibilities to Brussels. “We make them with garlic, chilli, toasted breadcrumbs on top – absolutely delicious,” he says

So this winter, fully acquaint yourself with the many wonderful facets of the humble Brussels sprout, and release your taste buds from the memory of mushy boiled ones. There’s much more to them than that.