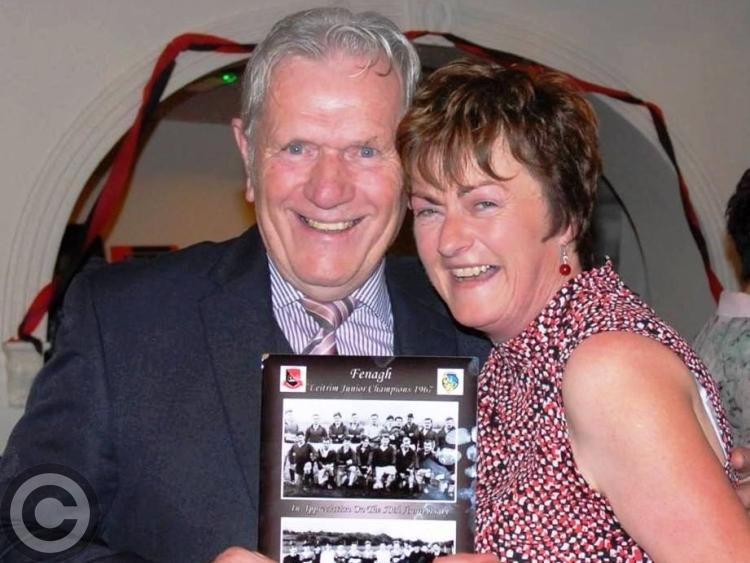 Fenagh St. Caillin’s and Leitrim GAA are in mourning at the sudden passing of former Leitrim GAA County Board Vice-Chairman Eamonn Tubman on New Year’s Eve.

A Vice-Chairman of the County Board in the early nineties when Leitrim won the 1994 Connacht Senior Championship, Eamonn Tubman was hugely involved with his club Fenagh St. Caillin’s at all levels, serving the club as a player, club officer, team selector, coach and team manager.

Eamonn was also a key member of the Fenagh GAA Club Park Committee who were responsible for the development of Pairc Sean O'Laodain in 1985.

As recently as last October, Eamonn was honoured along with his team mates on the Golden Jubilee Anniversary of Fenagh Gaa Club winning the Leitrim Junior Championship in 1967.

Removal to arrive at St Mary’s Church, Foxfield at 7pm on Wednesday. Funeral Mass on Thursday at 12 noon followed by internment in Fenagh New Cemetery. Family flowers only please, donations in lieu, if desired, to Diabetes Ireland, care of Early's Funeral Directors, Mohill.

The Leitrim Observer would like to offer our sincere sympathy to Eamonn’s family on his sudden passing. May he Rest in Peace.