A tribute to the late Fr Eamonn McMahon C.S.Sp. 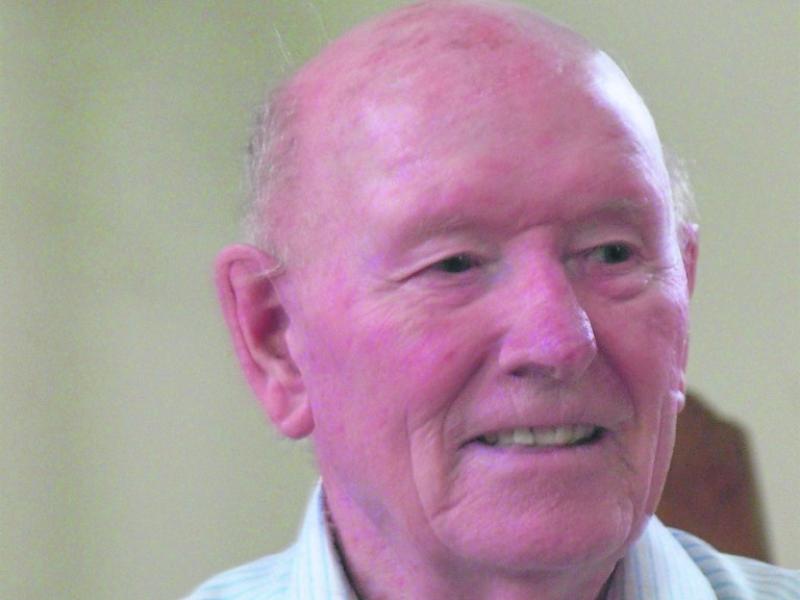 Fr. Eamonn McMahon, a Spiritan (Holy Ghost) missionary, has died in Brazil. He was aged 85.

Eamonn was born in Sligo where his father, Edward, was a Garda, and he grew up in Dromahair, Co. Leitrim. He attended Shivdillagh National School in Drumkeeran where his mother, Mary Anne (née McHugh) was a teacher.

From there he moved as a boarder to St. Patrick’s College in Cavan, sharing a room with one of his brothers. Because the McMahons kept their room so well, the sister-in-charge asked that it be left open when they were out, as an example to the other boys!

When the Cavan senior football team – fresh from their 1947 All-Ireland victory in New York – visited St. Patrick’s, Eamonn was one of two students who proudly got to carry the Sam Maguire cup around the school.

While in fourth year, Eamonn was captivated by the visit of a ‘Holy Ghost Father’ who talked of “the missions” particularly in Nigeria, and he signed up to do a ‘look and see’ visit to the Congregation’s Novitiate in Co. Tipperary.

Within a couple of short years, he was himself a novice there, moving on after profession to Kimmage Manor seminary in Dublin.

He completed a BA in English & Philosophy in UCD, and ‘prefected’ for a year in Blackrock College, one of several Spiritan schools in Ireland. It was only later that he realised how undiagnosed dyslexia had made all his studies so much harder.

With over 20 other Spiritans, Fr. Eamonn was ordained in 1960 and he was part of a group who went to Nigeria the next year.

ecades later he recalled the turbulence that the ship, on its 3-week journey, met in the Bay of Biscay.

Having initially assisted in a parish in Owerri diocese, he taught Scripture, Latin and English in one school before becoming principal of a new school where co-ordinating a building programme was part of his brief.

When civil war (‘The Biafran War’) forced all schools in the region to close, he was involved in humanitarian relief work before he was – along with many others – placed under house arrest, accused of illegal entry to Nigeria, charged with subversion, fined £100, briefly imprisoned, then trucked to the airport and deported, but with the £100 fine refunded!

Unexpectedly back in Ireland after the war and now one of hundreds of deported Spiritans needing a new overseas mission, he and some others enrolled on a Spanish course with a view to going to Guatemala.

Ultimately, it was to Portuguese-speaking Brazil that he was appointed, arriving there in mid-1971 and in part learning the language ‘on the job’ through bible-study with families. He served in parish ministry in the São Paulo area for just under 40 years and was active in the Legion of Mary.

He was also heavily involved in founding and promoting Child Development & Learning Centres; a crèche named after his mother Mary Anne, a big supporter of his work, was a great source of joy.

His Funeral Mass was held on Saturday, 6th October in São Paulo’s Church of Getsemani, and he was buried in the Spiritan plot in the adjoining cemetery.

A letter from Dom Pedro Luiz Stringhini (Bishop of Mogi das Cruzes) praised the substantial contribution over the years of ‘Padre Eduardo’, as he was known in Brazil where he spent more than half his life.