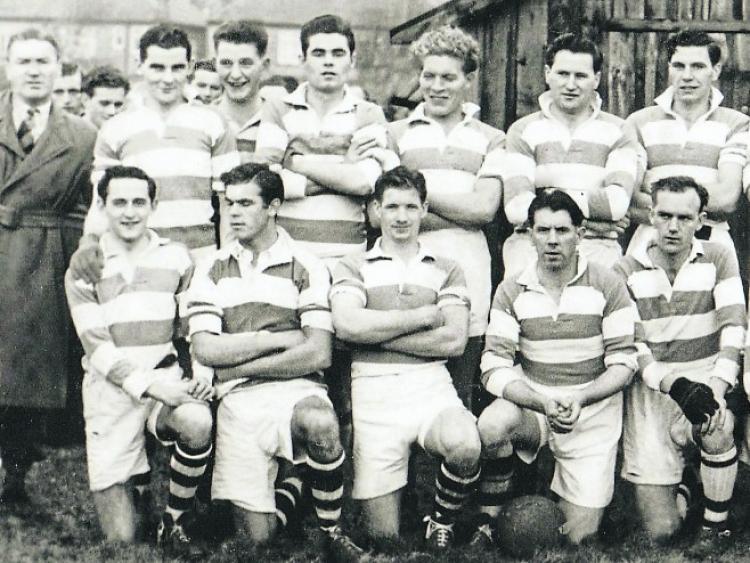 The St. Vincent's team who won the 1954 London Championship featuring Aloysius Blessing, third from left in back row. Also on the team were his brothers Noel and Terry

The following is a tribute to former Aughavas, Leitrim, London and New York footballer, the late Aloysius Blessing, who passed away on September 15, 2018.

Another stalwart of the Blessing family has passed to his eternal reward. Aloysius was born in Aughnaglace, Aughavas to parents Rose Ann Cooney and Michael Blessing. He emigrated to the United States in 1955 and worked as an electrician in Yale University for over thirty years.

Aloysius settled in Hamden, Connecticut where he was an active member of the New Haven Football and Hurling Club. He received the Irishman of the Year Award in 1993. 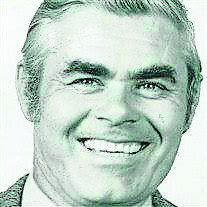 Aloysius loved Gaelic football and played competitively on several teams in Ireland, England and the United States, his unique skills on the pitch helping his teams win several championships.

In later years, he coached a team of young footballers including his sons on behalf of the New Haven Gaelic and Hurling Club.

is strong physique made him ideally suited for the centre-back position, both for club and county.

His passions beyond Gaelic football included golf, tending to his garden of tomato plants and enjoying a good chat with family and friends. He also cherished time with his grandchildren.

Aloysius lived in an area when emigration was high and means of transport were scarce. Men who were prominent in bringing players to games at this time included Willie McKiernan, Peter Higgins, Jack McBrien, Felix O'Rourke and Pee Fitzpatrick.

It was a time when there was five dance-halls in the parish. Money was scarce and people socialized in their own and neighbouring parishes. Facilities were poor and players often shared football boots. It was considered a threat to get togging out in Sonny McKeon's or John Joe McGirl's pubs in Ballinamore. Otherwise, the back of a ditch or a hayshed served as dressing rooms.

The bicycle and shanks mare were the more common way of getting around. Michael "Red" Moran typified the long-distance cycling footballer.

The Blessing brothers with their cousins, the Cooney brothers and near-neighbours, the Kiernans, the Mollaghans, the Reynolds brothers, all combined to form the nucleus of a good football team using Joe Kiernan's meadow for training while Paddy Joe McKiernan often organised training sessions in his own meadow.

Close by were John Conefrey, a great supporter and his brother, Father Pat, a prominent player in his college days. In later years there was Mick McCabe and family, Terry Shortt, Sean and Geraldine McKiernan and Mary Conefrey to research in the library, all supporting the blue.

Of course, we cannot forget the McGovern brothers for all their sponsorship, the ever lucid veteran, Willie Lyons, historian Michael Whelan and that maestro from Ballinamore, Tommy Moran who ties up the past and present generations with his gifted eloquence.

Aloysius Blessing, beloved husband of the late Kathleen Finucane Blessing passed away peacefully on September 15, 2018 with his family by his side. Aloysius has played the game of his life. "He has run the race and we can be sure that a crown of glory awaits him".