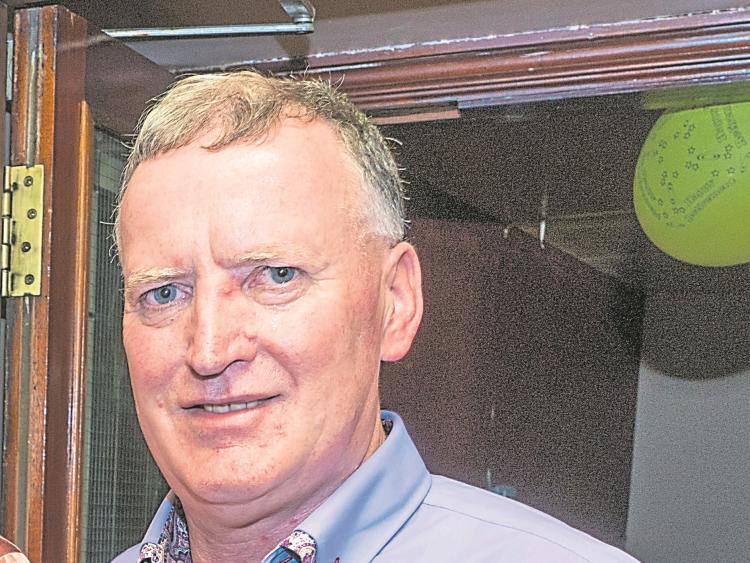 Leitrim GAA and St Mary's Kiltoghert GAA Club have written tributes and acknowledged the sad passing of Brian Mulvey, Kiltoghert, who passed away peacefully in his home on Friday, December 28, 2018.

In a club statement, St. Mary's said, The parish of Kiltoghert and surrounding areas are in mourning at the news of the passing of Brian Mulvey, Kiltoghert.

Brian was battling illness for some time and our hope was that he would overcome it again as he did in the recent past. However, this time it was not to be and Brian passed away on Friday afternoon last.

The outpouring of grief and appreciation from people who knew him is a testimony to the legacy of Brian. He touched the lives of so many people due to his involvement in so many areas of community and family life. In the multitude of comments on social media and in the spoken word, the most common used to describe Brian is the word "gentleman".

This word means different things to different people, but Brian was indeed a gentle man. Not only was he gentle, he was also very humble, but nevertheless very powerful and impactful in a good way. He never sought the limelight, yet he worked away behind the scenes, happy to serve in whatever role was asked of him. He was a servant in the best meaning of the word, selflessly helping to contribute to the betterment of those he lived among; never holding on to things or knowledge or time for himself, but always wanting and willing to share.

In recent years, Brian was best known for his work on Pairc Naomh Mhuire in particular and all our club grounds in general. He was one of the three wise men along with Tom Guckian and Micheal Doherty who gave of their time and labour to have our grounds at a standard that we should all be rightly proud of. Brian was also a good humoured and efficient volunteer in Pairc Sean MacDiarmada, not just on match days but in the days and weeks leading up to games to ensure everything looked sparkling on the big day.

His professionalism was apparent in everything he did, and this was also typical in his work with the ESB, where he served not just this community but communities all around Ireland in times of storms, blizzards and adverse weather.

In earlier years Brian was a talented footballer at every grade in the club. His most prominent role was that of goalkeeper and he was unfortunate a couple of times to narrowly miss out on a senior championship medal, but he was honoured with many junior and intermediate titles in his distinguished career.

Brian was also very proud to represent his county at masters (over 40's) level, and together with club mate Kevin Glancy just missed out on an All Ireland title after a replay in 2004 thanks to Dublin and big Joe McNally in particular.

Brian really enjoyed this phase of his career and rarely missed a game or a training session and was held in very high regard by lads from the other clubs represented on the panel.

Along with being a player Brian was always involved in coaching, selecting and managing teams at every level in the club. He treated players in a fair and encouraging manner, delighted to see them develop and improve, especially those less talented.
Like us all, Brian had his faults, but one of his most admirable traits was that he was reluctant to join in with gossip or complaints. Often times, when the conversation involved negativity or gossip, Brian would throw in a light hearted comment to change the subject. He was never quick to judge, but always sought out the best in everyone.

He faced many trials and tests in his life, especially with the death of his loved ones, Breege, Barry and Cyril, but he faced them with dignity and tolerance in his usual way. With the help of his close friends and family he persevered until illness overtook him and he passed away peacefully on Friday.

Brian was a brilliant singer, and many is the time he held us all in the palm of his hand when he sang during after match celebrations in places like Paddy's and Diffley's. He was a member of several choirs and had a beautiful unique voice.

One of his favourite songs was “The town I loved so well” and two lines in that song seem poignant and timely for this piece; "And when times got rough, there was just about enough, but we saw it through without complaining.” This epitomised Brian and the attitude he maintained at all times.

While he will be sadly and sorely missed by all in St. Mary's GAA, he is a massive loss to his family and his close friends. People will remember him in various ways, so we should all be thankful to have known him and we should honour his memory in ways that he held dear; an attitude of humility, an attitude of service, an attitude of respect and an attitude of loyalty. Ar Dheis Dé go raibh sé. 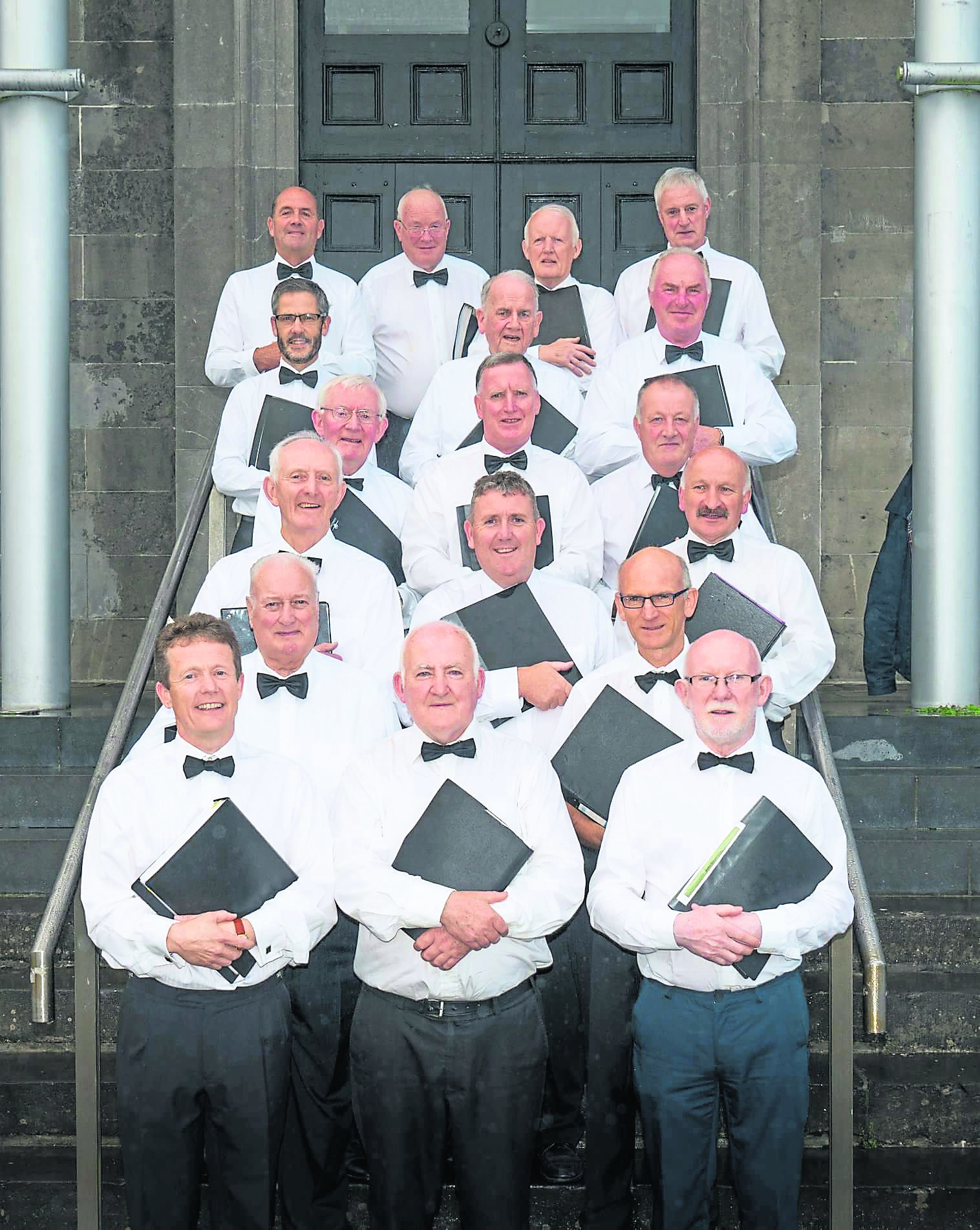 Brian was a popular member of the Leitrim Male Choir.

Leitrim GAA has also expressed their sympathies on the death of Mr Mulvey.

In a statement Leitrim GAA said, Brian Mulvey spent the entirety of his adult life in voluntary service to his beloved St Mary’s Kiltoghert GAA club.

As a player, he was the essence of what a club player should be, selfless, dedicated and above all loyal to the club cause. At underage level he won Under 14 and Under 16 County Championship medals. As a senior player over many years he was a St Mary’s stalwart.

He played in three SFC Finals, 1977 as goalkeeper, 1983 as wingback and finally as goalkeeper in 1993 but ended up on the losing side on each occasion. When his playing career finished at the club’s highest level, he continued to line-out at the lower levels for many years, such was his love for the game.

He played with and won an IFC medal in St. Mary’s glory year of 1995, the year the club captured a glorious treble of SFC, IFC and MFC titles. He went on to add JFC A, B and C medals as his playing career continued to a conclusion.

Beyond his playing days, he moved seamlessly into the mentor’s role and was present on the sideline for many of club’s teams across all levels from underage right through to senior level, managing the St Mary’s Senior team in 2000. He would have been an almost ever present mentor to various successful club teams at Intermediate and Junior level over the years.

His dedication to the club’s cause was mirrored by his volunteerism at Avantcard Páirc Seán Mac Diarmada. On any match day, big or small, Brian was always there. His role as chief steward on big match occasions could not be understated and he worked away in the background ensuring that all occasions were handled with extreme efficiency.

His illness didn’t faze him in the slightest over recent times and Brian just got on with the job in hand. His presence was a certainty and that included the recent Connacht Club Championship matches played at Leitrim HQ last month.

Brian Mulvey will be sorely missed by all who knew him across GAA circles at all levels and indeed the many with whom he came in contact with during his long years of service with the ESB.

It will be his family who will miss him the most and in this regard, we send our deepest sympathies to his daughter Bronagh, her husband Warren, Brian’s partner Geraldine, his brothers Michael and Joe, sisters Kay, Bridie, Peggy and Rosemary, his extended family and a very wide circle of colleagues and friends. Brian is predeceased by his late wife Breege, his son Barry and brother Cyril.