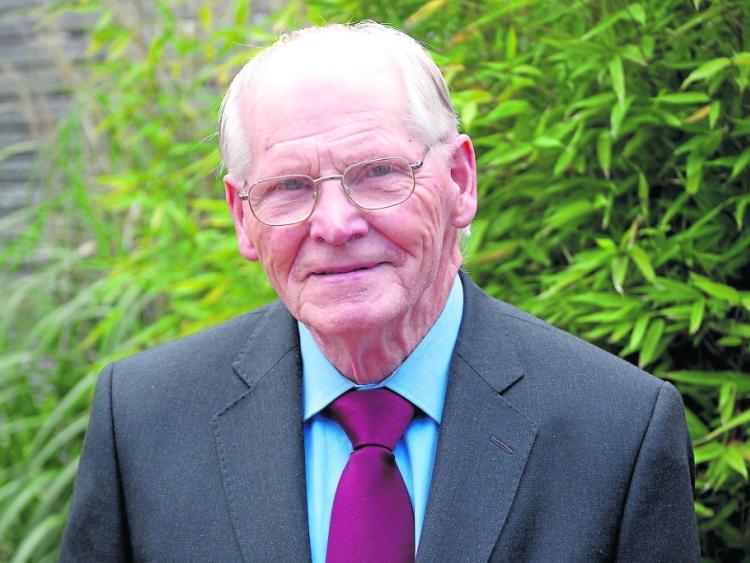 He was born in 1927 on a small farm near the village of Rossinver in north Leitrim. His father John was a carpenter, wheelwright and blacksmith and his speciality was cart making.

As a little boy, Jack loved hanging around the door of the forge in their ‘street’, watching his father at work with wood and iron, and listening to the talk of the local farmer-customers.

Meanwhile, his mother Rose, already busy with seven children, ran a cottage industry. She was a tailoress and made, altered and mended clothes for all the neighbours.

The Glenariff river ran through the little farm into Lough Melvin which was at the end of their lane. A rural, wild and beautiful place to be a child.

Jack took a great interest in the little farm – Straude Ferguson by townland name. His father gave him a little plot to cultivate and he loved planting seeds and watching them grow into vegetables for the kitchen.

At that time Lord Leitrim owned all the fishing rights in the locality, but that didn’t stop Jack developing excellent skills, gaffing salmon and trout illegally! A second source of food supplied to the family by him as a young boy!

Aged 18, Jack arrived in Dublin at the invitation of his mother’s sister, Theresa McGoey, who owned and managed the Swiss Chalet Hotel in Merrion Row. He had spent the previous three years apprenticed to his father learning carpentry and ironmongery, so he was quite skilled.

His aunt decided the fate of all her Leitrim nephews and nieces, and Jack was apprenticed to an Austrian confectioner and chocolatier in the hotel’s bakery. He made a name for himself in South Dublin making and icing beautiful wedding and celebration cakes for the political and professional families of the area.

But his workday did not finish when the bakery closed each day. His aunt depended on his many skills to maintain the hotel’s infrastructure and keep services in working order. She recognised that she had a gem in her nephew Jack, and she respected and valued his abilities.

Jack loved city life and embraced so many activities. He enjoyed cycling, swimming in Blackrock, playing tennis in Herbert Park, ballroom dancing in the hotel’s own dancehall, theatre going with the family, and many other cultural pursuits.

He also had a dog, a cat and a buck rabbit as a past-time. He also loved fun; he was witty and loved a good joke or a funny situation.

Around this time a young Carlow lass joined the staff. Her name was Breda Coleman. Jack put his eye on her and after a courtship they married and settled in Brookwood Park where they were to spend the next 62 years.

When his aunt retired and the hotel closed, Jack and his partner Peter continued the running of the bakery, which was across the road from the hotel, for some years.

He then made the decision to return to his first love – carpentry – and so he set up a business. He started with one customer and by word of mouth, without need for any advertising, utilising all his stock of trades, skills and abilities, he developed a loyal customer base, which gave him ample employment for the next 35 years.

His customers trusted him, took his advice and were the beneficiaries of his superb craftmanship in return. Many of these people, wealthy and professional, became life-long friends, often seeking his intelligent, common-sense counsel on personal and other matters in their lives.

His early love of fishing re-emerged and he built a boat over the winter of 1969 so that the whole family could be part of his hobby.

He also developed an expertise at fly-fishing and enjoyed years of this sport, when the Mayfly came up on the lakes and rivers of Ireland, along with his fishing friend Paddy.

Aged 70, Jack handed over the reigns of his business to his youngest son John. He continued to work 1-2 days a week when carpentry work came up, until he was 80. He then devoted even more time to enjoying sport – this time watching on TV. He enjoyed most sports, but his favourites were snooker, tennis and football, both GAA and soccer.

He and Breda celebrated their 50th wedding anniversary in 2003 with all the family and grandchildren in the Dordogne, France.

The arrival of grandchildren gave him such great joy – and then the great-grandchildren! His love for all his family was unconditional; he had no favourites – he had the wisdom to accept each person and personality as it was.

Jack’s life is a story of success; good living, hard work, using his talent and he was so respected and admired. His care, love and devotion for his wife Breda, his four children, their spouses, their children and grandchildren and the wider family are beyond description.

Jack MacSharry, Dublin, a native of Rossinver, Co Leitrim died peacefully and with great dignity in the exceptional care of the staff at Elmhurst Nursing Home, Whitehall, Dublin 9, on August 16, 2019.

At the time of his death, Jack was sadly missed by his wife of 66 years, Breda.

Breda had no wish to live without Jack and followed him in death three weeks and three days later on September 9.

May Jack and Breda rest in eternal peace together.