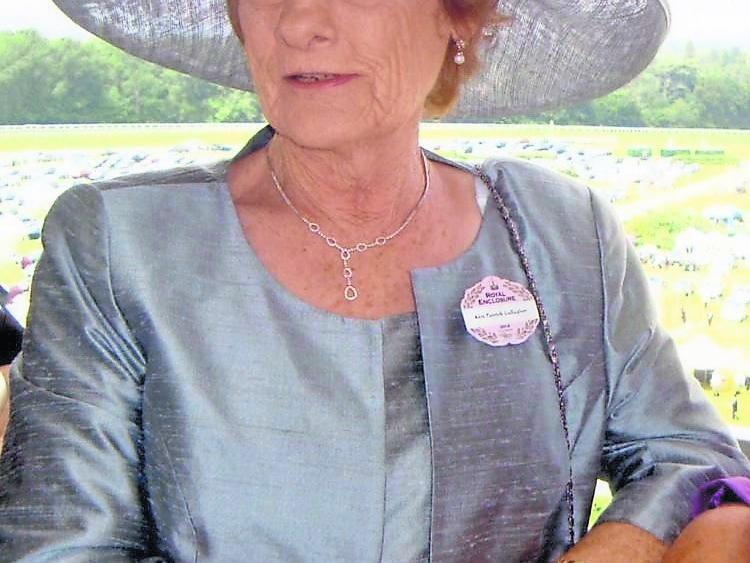 Mrs Mary Gallagher R.I.P. passed to her eternal reward in the loving care of her family in Maidstone, Kent on Dec 23.
A native of Cornohoe, Ballybay, Co Monaghan, Mary, nee Boylan, is deeply mourned by her beloved husband Pat, a native of Aughnasheelin, their four children Richard, Lyndsey, Nicola and Stephen, son-in -laws Paul and Michael, and daughter-in-laws Nicola and Naomi, six adored grandchildren, Declan, Lowan, Finlay, Niamh, Iris and Grace, her six siblings and brother-in-law Michael Gallagher.
Her funeral mass was celebrated in Aylesford Priory on Saturday, Jan 4 in the same chapel where she and Pat were married on July 22, 1972. Afterwards her committal took place at Aylesford Cemetery.
Mary came to Maidstone in her teens and trained as a nurse in the local hospital, where one year she received the honour of 'Nurse of the Year'. Having excelled in her vocation Mary eventually left nursing and brought her exceptional business talents to the support of Pat in his growing construction and quarrying business. The Gallagher family brand today is highly respected in the construction industry in Kent and greater London area, and is a huge part of Mary’s legacy.
Apart from her hard work in the family business Mary took a great interest in the lives of her family. She always had a keen interest in sport, especially Liverpool FC and horseracing, no surprise there! It is well known that Pat’s successful winning tips always came from Mary. A quiet and dignified lady Mary was well known for her charity work in the area she loved around Maidstone and Aylesford and indeed, further afield. But mostly she was admired and loved for her role as a wife, mother and grandmother, and a pillar of strength in business affairs.
Mary will be greatly missed by her family and the many people whose lives she touched.
May she rest in peace.
A mass to remember the life of Mary will be celebrated on Saturday. February 8 at 7pm in St Mary’s church Aughnasheelin.
Leitrim Assoc
At the recent meeting of the association Chairman Michael Curry held a minute's silence in recognition of the support that Mary and the Gallagher family have given the Leitrim Association over many years.