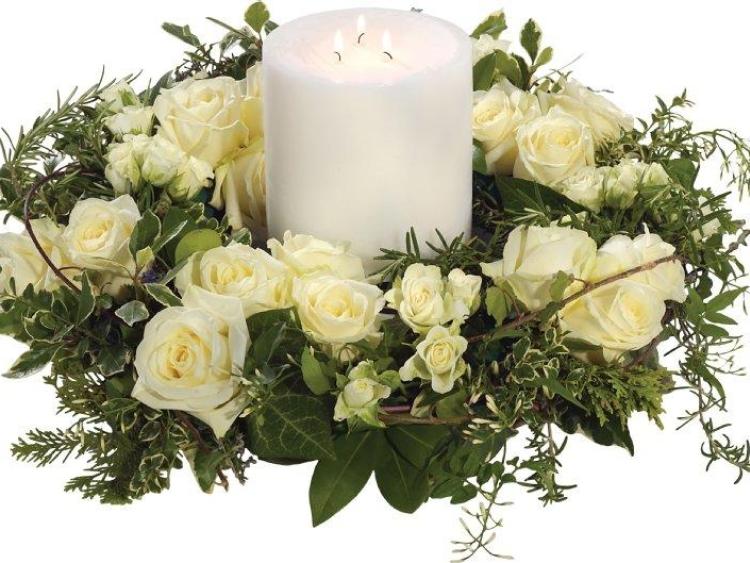 Peacefully surrounded by her loving family. Wife of the late Tony, mother of Kevin (Emma), Lorraine (Charlie), Caroline (Steve) and Michelle, grandchildren Tadhg, Lauren, Sadhbh, Cillian, Cian, Charlie, Ryan, Ciara, James, Claire, sisters Eileen (Gerry), Kathleen (Tommy), brother Patsy (Mary), brothers-in-law, sisters-in-law, nephews, nieces, relatives and friends. Her remains will leave her late residence at 10.40am on Monday 2nd November 2020 to arrive via Killaduff to Saint Mary's Church, Swanlinbar, for 11am Funeral Mass. People are welcome to pay their respects as the funeral cortège passes between her home and the chapel. Burial will take place in Killaduff Cemetery immediately after Mass. Due to government and HSE guidelines, house and funeral will be private to family only with 25 people allowed to attend funeral.

The death has occurred of Martin Rush, 14 Termon Road, Boyle, Co. Roscommon. Martin passed away peacefully on the 30th of October in the loving care of the staff of the Plunkett Home, Boyle. Predeceased by his loving wife Rosaleen and his daughter Susan (Beirne); sadly missed by his loving daughters Pauline (Mc Nally, Galway) and Rosaleen (Harten, Ballina), sons Mark, Brian and Michael, brothers Michael and Billy, sons-in-law and daughters-in-law, grandchildren and great-grandchildren, relatives and neighbours and a large circle of friends. Martin's remains will arrive to St Joseph's Church, Boyle for Funeral Mass on Monday, the 2nd of November, at 11am, with burial afterwards to Assylynn Cemetery, Boyle. Due to Government restrictions regarding COVID 19, Martin's Funeral Mass will be restricted to family members. Funeral Cortege, will leave from Martins Home at approximately 10.40am Monday, Funeral Mass can be viewed live via webcam by logging on to www.boyleparish.ie.

Rose Taaffe, Donnybrook, Dublin (formerly of Dogarry, Killashandra, Co. Cavan). Formerly of Department of Social Welfare. Peacefully, at home, surrounded by her family. Predeceased by her sisters Peggy, Teresa and Josie and brothers Thomas, James and Patrick. She will be deeply missed by her sister Bridie, brother John, sister-in-law, brother-in-law, nieces, nephews, grandniece and grandnephew, nieces-in-law, nephews-in-law, carers Silvia and Rebecca, relatives and many friends. Reposing at Lakelands Funeral Home, Dublin Road, Cavan (H12 RF78) for family, neighbours and close friends, on Monday from 11am until 12 noon with removal to arrive at St Mary's Church, Drumeela, for Funeral Mass at 1pm, restricted to 25 people, with burial afterwards in the adjoining cemetery.