Sadly after the long wait for the Mass and burial ceremonies, her siblings, Maureen Doherty, Kilcock, Co Kildare, Andrew Redican, Drumkeerin and Sean Redican, San Pedro Sula, Honduras, were unable to travel and be present at the Mass and burial. However, there was some consolation, that with streaming all three and their families were able to be part (however distant) of the Mass Ceremony.

Annette Redican was born in Drumroosk North, Fenagh on December 6, 1936, third sibling and second daughter to Mary Alice and Andrew Redican. She was a bright pupil in Drumany National School.

After Primary Cert she went to the Commercial and Secondary School in Ballinamore. Not yet sixteen years, she commenced working as a shorthand typist in a solicitor's practice in Ballinamore. She enjoyed her years working there, living at home in Drumroosk and cycling the five miles to work. 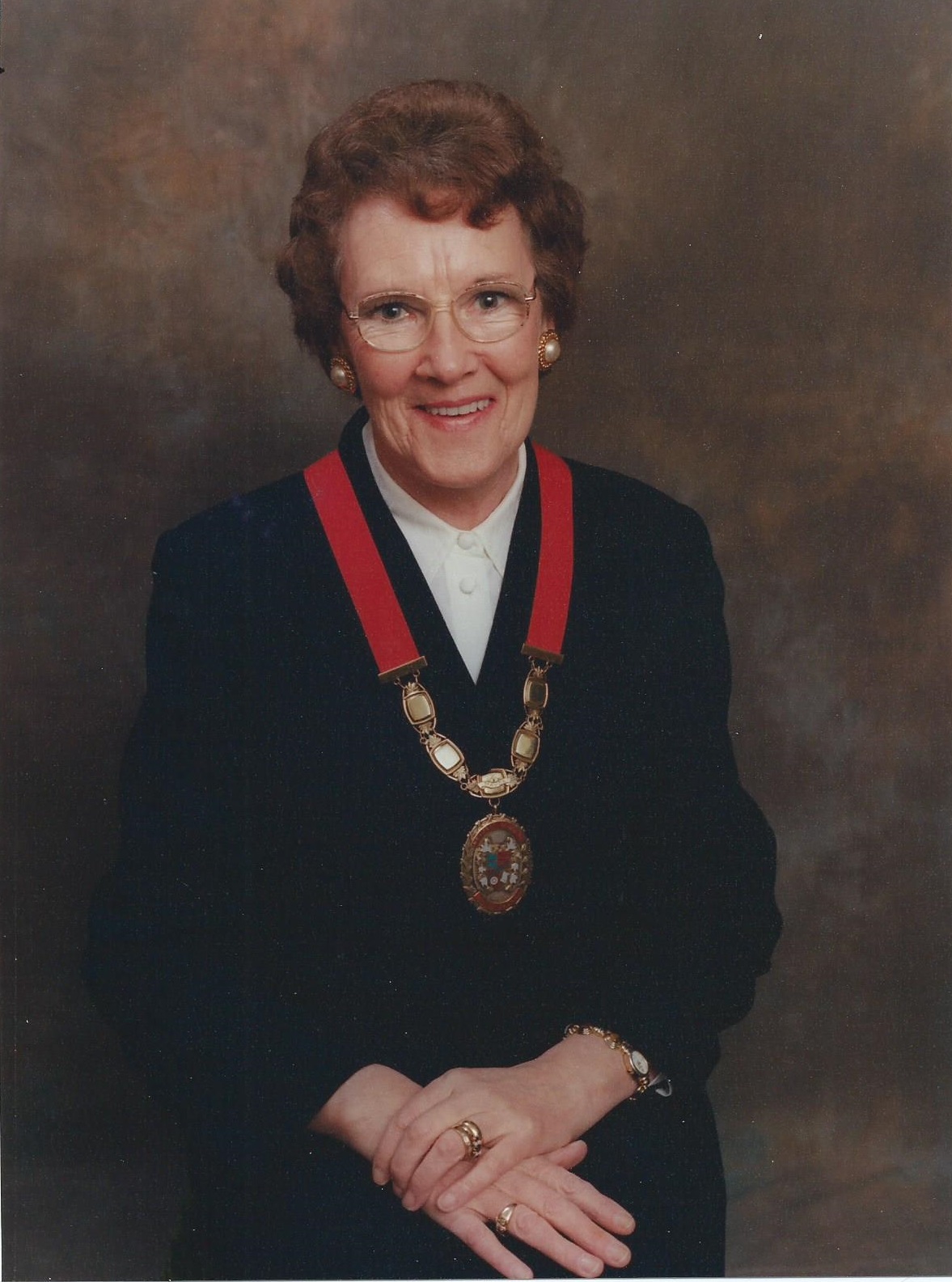 She made many lifelong friends and each Sunday night they headed off to dancing in Fenaghville or Aughnasheelin, which was going good at that time.

She yearned to do nursing. So she left work in Ballinamore to study Psychiatric Nursing. In 1959 on graduating from St. Brendan's Hospital, Grangegorman, Dublin Annette went to London to pursue her nursing career.

In 1971, Annette wed Jimmy Irwin, formerly of Glasson, Co Westmeath. In 1976 Annette and Jimmy and sons, Andrew and Ralph left the busy, bustling London for the peaceful and friendly Newport Pagnell, Buckinghamshire.

London's loss was Newport Pagnell's gain. For Annette realised that her compassionate and leadership qualities could be used to improve their community. So she got involved in voluntary community organisations striving to improve the welfare of her adopted community.

Supported by her husband Jimmy, Annette's energy, compassion and dedication in her voluntary work attracted the interest of political parties.

She was elected Councillor to Newport Pagnell Town Council where she served with dedication for almost thirty years; twice being honoured when serving two terms as Mayor. Again, as Mayor she led with energy and dedication and distinction.

Annette's extraordinary voluntary contribution to Newport Pagnell and further afield in Buckinghamshire was recognised when in January 2020 she was presented with the Equality Council UK'S Gold Award.

The citation was as follows:- “The Equality Council UK's Gold Award is in recognition of Annette's 35 years in charitable and voluntary work across Buckinghamshire. At 83, in frail health Annette continues to be Trustee - 28 years as a Trustee for the Town Lands Charity and 23 years as Trustee of the Educational Trust, both of which serve Newport Pagnell. Annette has long been associated with the Irish community. She is President of the Irish Society, which contributes monies to charities every year; to several deserving causes.”

Annette was the driving force of Milton Keynes Irish Society in the capacity as Treasurer, Secretary, but especially as the Society President, a position she has held for many years. She did Trojan work, the chief organiser of the annual Milton Keynes St Patrick's Day Parade, the annual dinner dance and other Irish social functions.

Despite Annette's heavy involvement in Newport Pagnell, she never forgot her Irish roots. Every year, up to two years ago, Annette, Jimmy and family returned to Ireland to spend quality time with siblings and their families, cousins and old neighbours. All looked forward to their visit for Annette and Jimmy brought lively chat, great humour and reminiscing.

Appropriately the funeral Mass and ceremonies had a strong Irish and Leitrim flavour. The flower arrangement on the coffin was green, white and gold. As the cortege moved down the church, Larry Cunningham, smiling down on them, was singing “Lovely Leitrim”, the camera lingering on Fenagh Abbey, the last strains of “It was my Lovely Leitrim, Where the Shannon waters flow” fading away as the hearse and mourners slowly made their way to Newport Pagnell's Cemetery to lay to rest a remarkable Leitrim lady.