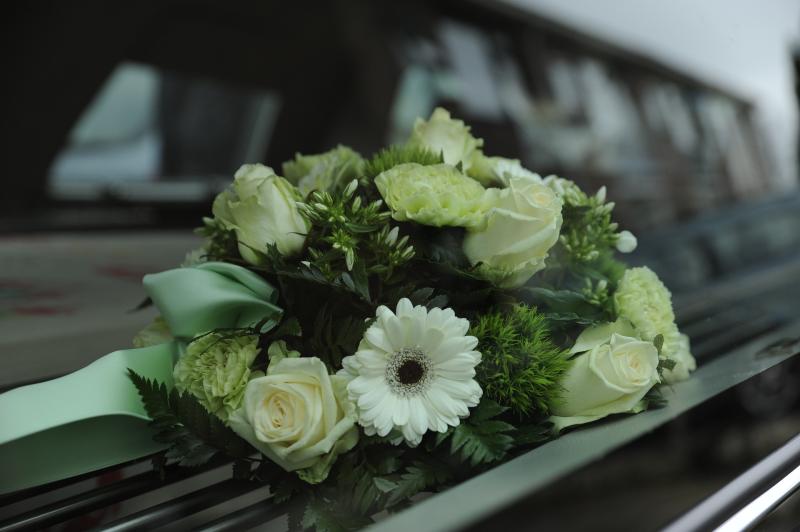 The following deaths have occurred in Leitrim and the surrounding areas:

Fidelma McKenna, nee Hannon. Late of The Brook Bar, East Port, Ballyshannon, Co. Donegal and formerly of Ballyogan, Culleens, Co. Sligo. Unexpectedly at her residence. Predeceased by her late husband John and son, Michael Lawrence. Fidelma will be greatly missed by her son; Patrick (wife, Mary), daughters; Ann (husband, Mick Mullins, Ballina), Bernie (husband, Donal Kelly) and son; Peter (wife, Charlotte) and all of her grandchildren. She is survived by her brother Gus (Dublin) and her sister Bernadette (Ballyshannon), nieces, nephews, relatives, friends and very dear neighbours. Reposing at her late residence on Monday and Tuesday. Removal on Wednesday at 11:30am to arrive at St Joseph’s Church, The Rock, Ballyshannon for Mass of the Resurrection at 12 noon with interment in the adjoining cemetery. Family flowers only. Donation in lieu if so desired to The Rock Nursing Unit, Ballyshannon c/o Patrick McKenna Funeral Directors, Ballyshannon or any family member.

The death has occurred of Michael Gallagher, Carrickboy, Ballyshannon, Co. Donegal. Peacefully in his sleep in the care of his loving family in Craughwell, Co. Galway aged 90 years. Cherished husband of the Late Maureen, and predeceased by his daughter Anne. Adored father of Clare, Sarah, Marie and Kate, Devoted brother to May Timothy and beloved grandad, great-grandad, uncle, brother in-law and much loved friends and neighbours to many. Reposing at his daughter's Clare Harte residence in Rathmore from 3.00pm to 8.00pm on Monday with funeral mass at 11am on Tuesday 10th of August in St. Joseph's Church, The Rock, Ballyshannon with burial afterwards in the adjoining cemetery. Family flowers only please, donations in lieu if desired to Irish Cancer Society or North West Hospice In accordance with the H.S.E and the government guidelines, the wake and funeral are private to family only with maximum of 50 people permitted.

On Monday, July 26th Ellen Margaret Watson, loving wife, mother of three, grandmother of six, passed away at the age of 74. Margaret (McKenna) was born in Arvagh, Co. Cavan, Ireland to Eugene and Anna McKenna. Margaret moved to New York, New York after school and worked for Eastern airlines. In June of 1971, she married David Watson in her hometown in Ireland. They moved to Pearland, Texas where their three children were born. They raised their three children in the UK and the US. Margaret had a passion for helping people, needlework, gardening, and the church. She combined these loves to assist in the communities and parishes she belonged to as her family moved around the UK and the US. She was a Director of religious education, a teacher, delivered meals on wheels, assisted in feeding those in need, and was a fixture on the parish art and flower committees. Margaret was a loving wife of 50 years, a wonderful mother, and an engaged grandmother known to her grandchildren as Gamma. Margaret was preceded in death by her father Eugene, mother Anna, sisters Frances, Nuala, Máire, brother Eugene (Eoin), and nephew John. She is survived by her husband David Watson, three children, Stephen Watson (wife Natasha), Kieran Watson and Tara Reichenbach (husband Brian), six grandchildren, Sophie Watson, Kiera Watson, Luke Watson, Claire Watson, John Reichenbach, and Simon Reichenbach, her sister Gorrettie Clarke, and several cousins, nieces, and nephews all of whom she loved deeply. The funeral service will be held on August 9th, 2021 at St. Mary Magdalene Catholic Church, 725 Magdala Pl, Apex, NC 27502 (USA) at 11:00 am (EST), 4pm (GMT+1).