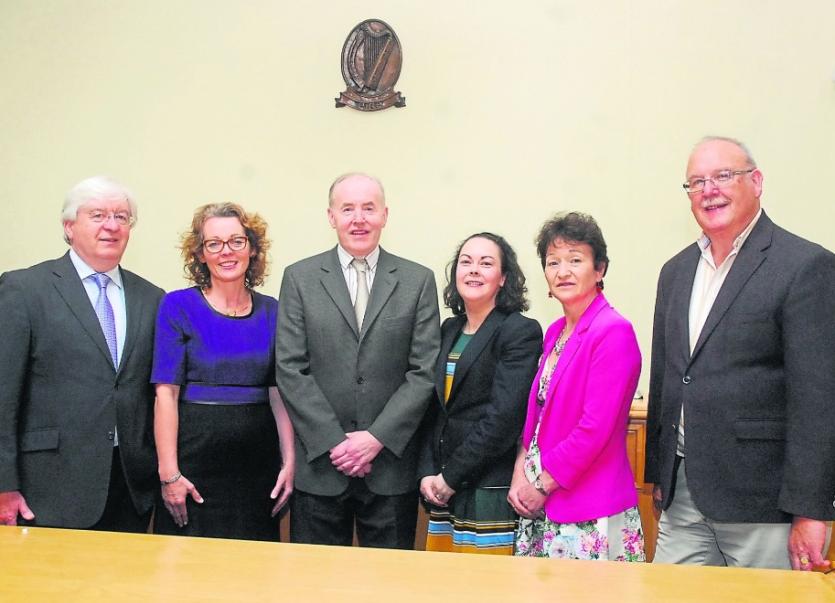 The tributes were led by Judge John Aylmer who said he has known Michael since he was appointed to the Circuit Court in 2015 referring to him as “one of the most experienced court officials in the courts service.”

Judge Aylmer added: “I would like to thank Michael for his service and wish him well for the next chapter.”

Paying tribute to Mr McKenna after 39 years of service Colm Smyth SC said Michael was “always extremely courteous” to barristers from the most senior to junior adding, “A kind word means an awful lot to a barrister starting off.”

Former county registrar Kevin Doherty also paid tribute to Mr McKenna who he referred to as a former colleague and also a friend.

Paying tribute to the “gentleman I have known for over 30 years”, Mr Doherty said: “He is a person with vast knowledge of practice and procedure. He has an ability to deal with situations and people and has a kind and humane way of dealing with the public.”

Concluding his tribute Mr Doherty said: “You have retirement well earned. Grasp it with both hands and enjoy. I wish you and your family a long and happy retirement.”

The current county registrar, Joe Smith complimented Michael’s role at election time when he said: “You ran elections single handedly. It was always good to know everything was in good hands.”

Mr Smyth also referred to Michael’s interest in music and singing noting he has over 100 songs written joking: “his party piece is Lovely Leitrim.”

Tributes were also paid by western regional manager Court Services, Brendan McDonnell who said: “I was extremely impressed with Michael’s knowledge of circuit court procedure. He portrays everything you want from a public servant. Looking after people coming to court is what we really appreciated.”

Beyond the call of duty

State Solicitor for Co Leitrim, Noel Farrell also acknowledged the contribution made by Mr McKenna when he said: “He gained a wealth of knowledge and experience and learned very fast and we were the beneficiaries from it.”

Mr Farrell continued: “Michael was our first port of call. He went far and beyond the call of duty in assisting us and was always so helpful.”

Mr Farrell joked that he was delighted to hear that Michael was preparing to release an album adding: “Let’s hope we see lots of Michael performing in the future.”

On behalf of An Garda Síochana, Leitrim District Superintendent Kevin English addressed the court to thank and pay tribute to Michael referring to “the wonderful contribution” he has made. “We have benefited enormously from your contribution,” he said.

Supt English referred to Michael’s “quiet, unassuming manner,” adding, “your common sense approach made it easy to work with you.”

Concluding his remarks Supt English said: “I would like to thank you for the way you have treated every member of An Garda Síochana. I wish you a long and happy retirement.”

Ms McWeeney thanked Michael for his “loyalty, dedication and wisdom,” adding “since January 1985 a bad word never passed between us.” 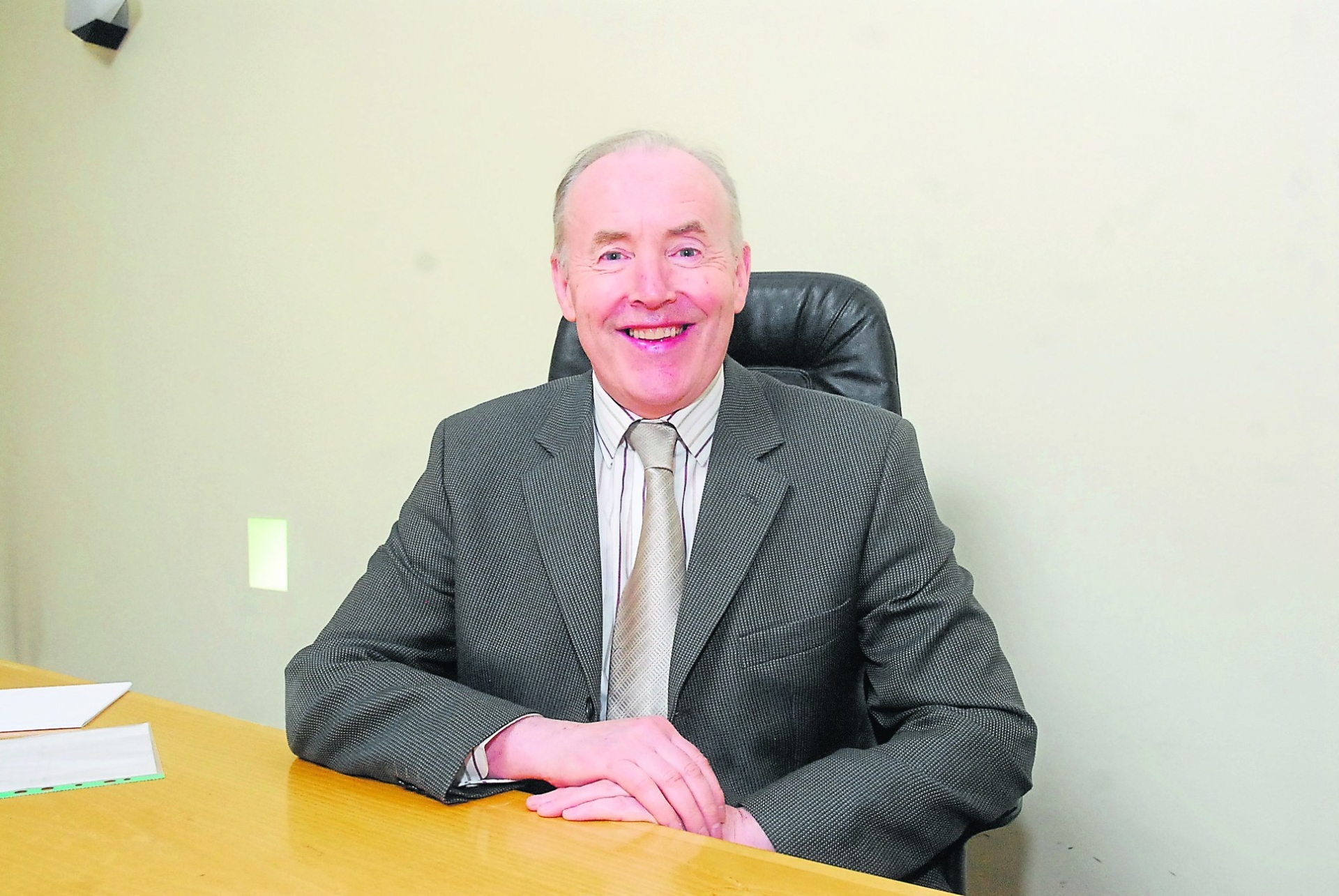 Having listened to the glowing tributes paid to him, Mr McKenna addressed the courtroom which was boosted in numbers by many friends and former colleagues to say how “humbled” he was listening to the “lovely comments.”

Michael reflected on his 39 years in Carrick-on-Shannon and pointed to significant differences between then and now.

He recalled in 1980 the courthouse was “crumbling and decaying; it wasn't conducive to the work that was going on.”

The building was so bad Michael said that a safety notice was eventually put up. “Rather than leave we had to evacuate,” he said.

The staff were moved to Main St, Carrick-on-Shannon, a premises now home to a Turkish barber, followed by a move to a building on the old Dublin Rd. For a period of time District Court sittings were heard in Drumshanbo and Circuit Court proceedings were moved to Cavan.

Michael recalled the Department of Justice said they weren’t going to renovate the old courthouse and it was only when the Leitrim BAR association won a high court case demanding that facilities be provided that the current, modern courthouse was developed.

Referring to the length of time he spent in Carrick-on-Shannon, Michael said 39 years in the one place could be viewed as displaying a lack of ambition but he said he never felt the desire to leave.

“I did get opportunities to leave but I never considered it. I never had a good reason to leave Carrick-on-Shannon and never regretted it. The main reason was the wonderful colleagues.”

Michael referred to the period between 1988 and 2009 as a period “when time stood still.”

Elaborating he said: “Nobody came and nobody left. It was like a family and they are worth mentioning - Kevin Doherty, Geraldine Cornyn, Geraldine McWeeney, John Bredin, Mickey Dorrigan and Leo Mulvey. That was the family.”

During his time in the circuit court office in Carrick-on-Shannon Michael worked alongside four permanent judges: Judge Sheehy, Judge Deery, Judge O’Hagan and Judge Aylmer. Paying tribute to those men he said: “I have often said we have been very lucky with the judges in Leitrim and Judge Aylmer has carried on that tradition.”

Over the past 35 years Michael has been heavily involved in organising a fundraising event for GOAL and in that time he has helped raise €80,000 and he was eager to thank all who supported his efforts.

Michael also thanked the solicitors, barristers, gardaí, members of the prison service and press and “all the professionals we have to deal with.”

Bidding a fond farewell to all he has worked alongside Michael said: “I could have stayed but I felt this was the right time for me. I will miss all of you. It is bittersweet but I have no regrets.”