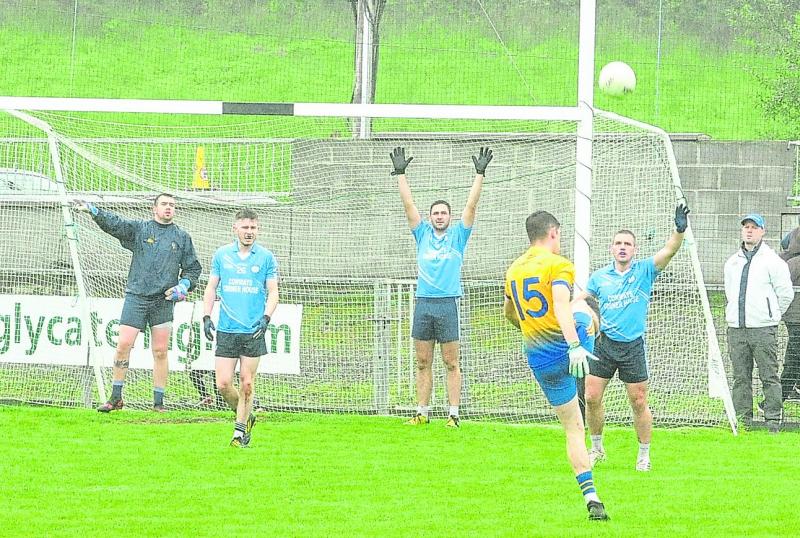 The hope that the arrival of knock-out stages of the Connacht Gold Senior Championship would signal an increased intensity on the pitch didn't quite materialise in Ballinamore last Sunday afternoon as Glencar/Manor brushed aside the challenge presented by Allen Gaels.

Allen Gaels would have known they needed everything to fall in their favour and still depend on a slice of luck if they were to advance to the last four but it was clear from quite early that both sides were operating at very different levels and the only question was how big the margin of victory would be.

The warning signs were there inside the opening 20 seconds. James Glancy was inches away from creating a goal chance for Niall Brady but the Leitrim netminder Diarmuid McKiernan did well to get a vital touch.

Having survived a let-off when a James Flynn goal chance flew wide, Glencar/Manor started to go through the gears. Conor Dolan edged them back in front and with 16 minutes on the clock Manor struck for the game's opening goal. 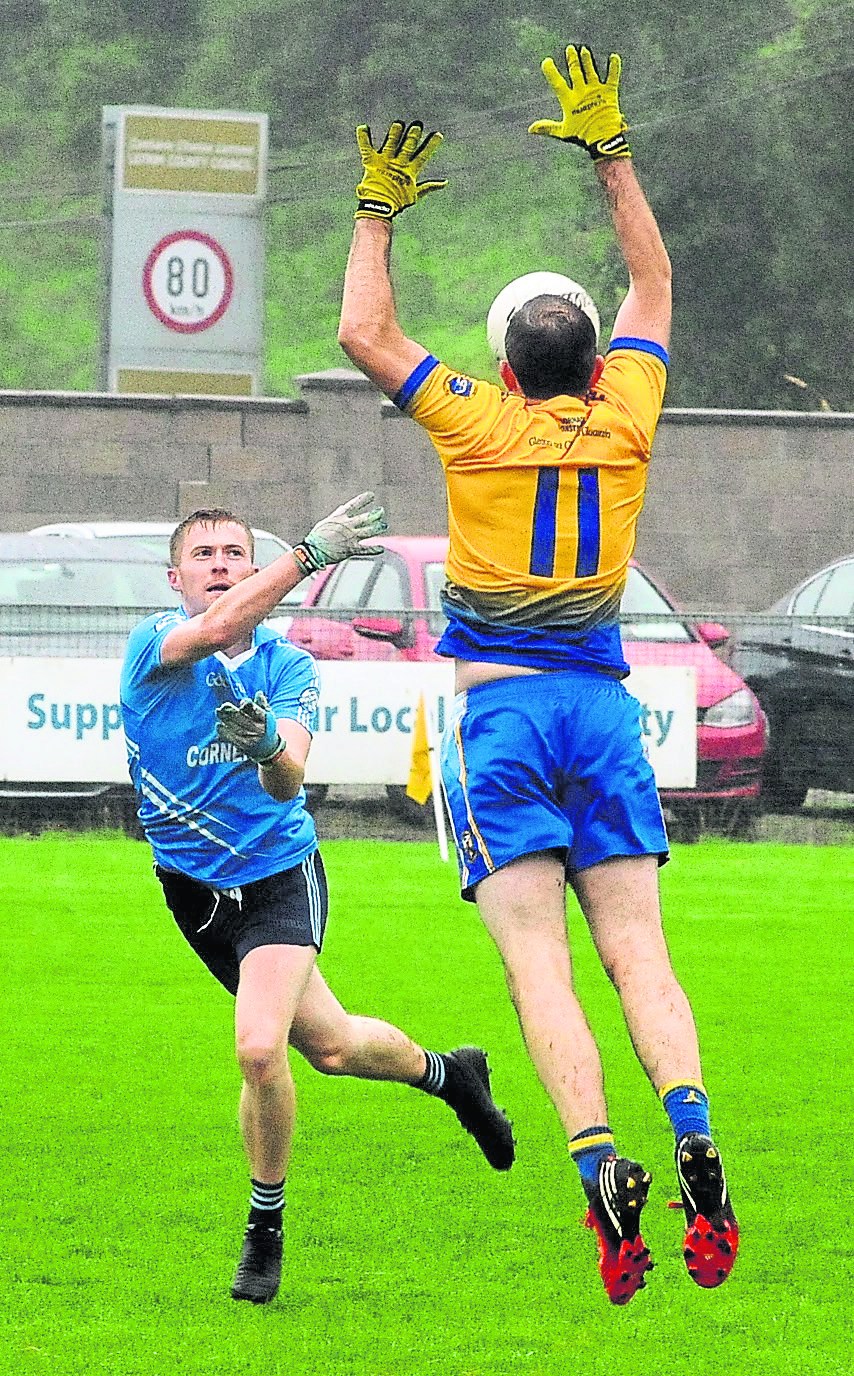 A simple exchange of passes between Evan Sweeney and James Rooney presented Rooney with the opportunity to race through on goal unchallenged and when he confronted by Diarmuid McKiernan he finished low and hard to the approval of the large Manorhamilton contingent.

A minute later they were denied a second goal when McKiernan got a fingertip to the ball to deflect Adrian Croal's viciously struck shot over the bar.

Further points from Conor Dolan and Adrian Croal opened up a seven point lead and although Allen Gaels replied with two pointed frees from James Flynn, the game was looking like a forgone conclusion.

Although there was still six minutes of the first half remaining, it was to get considerably worse for Allen Gaels before the interval.

A Conor Dolan pointed free was quickly followed by three Manor goals in the final few minutes of the half.

Niall Brady pounced on a short kickout and scored from close range and moments later Paddy Maguire found the net after Dolan and Brady cut through the Allen Gaels defence.

The first half scoring was completed by Evan Sweeney when he scored his side's fourth goal of the half to give Manor a commanding 4-6 to 0-3 interval lead.

The game was over as a contest but Glencar/Manor showed a ruthless determination and added to their tally with points from Evan Sweeney, Conor Dolan (two) and Adrian Croal.

Nine minutes into the second half Niall Brady pounced on a loose pass and drilled his shot to the Allen Gaels net to further pile the misery on Allen Gaels.

To their credit Allen Gaels responded with a Ciaran Walsh point and a Shane Walsh shot that dipped under Anthony McDonald's bar and into the net but it never looked as though it would have any bearing on the final outcome.

The final quarter saw Glencar/Manorhamilton regain full control as they toyed with a tiring defence.

Two further Dolan points were followed by Manor's sixth goal of the game. Evan Sweeney's pass released Adrian Croal who got lucky when his touch saw the ball take a lucky bounce beyond Diarmuid McKiernan and Croal was able to dispatch the ball to an empty net.

Evan Sweeney then scored four successive points but there was to be a sting in the tail for Shane Ward's side as Allen Gaels struck for a second goal in the closing stages.

A high ball was pumped in towards the Glencar/Manor goal resulting in the ball falling kindly for Alan Wynne who goaled from a metre out.

That score had no bearing on the final outcome as Glencar/Manor coasted to a very comfortable win but it may provide an important lesson for the Manor men as they prepare for their semi-final showdown with Melvin Gaels.

MAIN MAN: The front six of Evan Sweeney, Conor Dolan, Niall Brady, Adrian Croal, James Glancy and James Rooney gave Allen Gaels a torrid time while Brian McDonald's running from deep caused numerous problems for Allen Gaels. James Flynn, Ciaran Walsh and Alan Wynne provided brief glimpses for Allen Gaels but it was all about Glencar/Manor.
TURNING POINT: Glencar/Manor were in control from start to finish but perhaps Allen Gaels will rue an early goal chance for James Flynn that flew wide.
TALKING POINT: After weeks of group stage games failing to meet expectations in terms of competitiveness it was disappointing a quarter final pairing could see such a gulf between the teams.
WHAT NOW?: Glencar/Manorhamilton's dream of reclaiming the Fenagh Cup they last lifted in 2011 is very much alive and they will be eagerly anticipating the semi-final meeting with arch rivals Melvin Gaels. Allen Gaels will be pleased to have retained their senior status but will know a significant improvement will be needed next year.