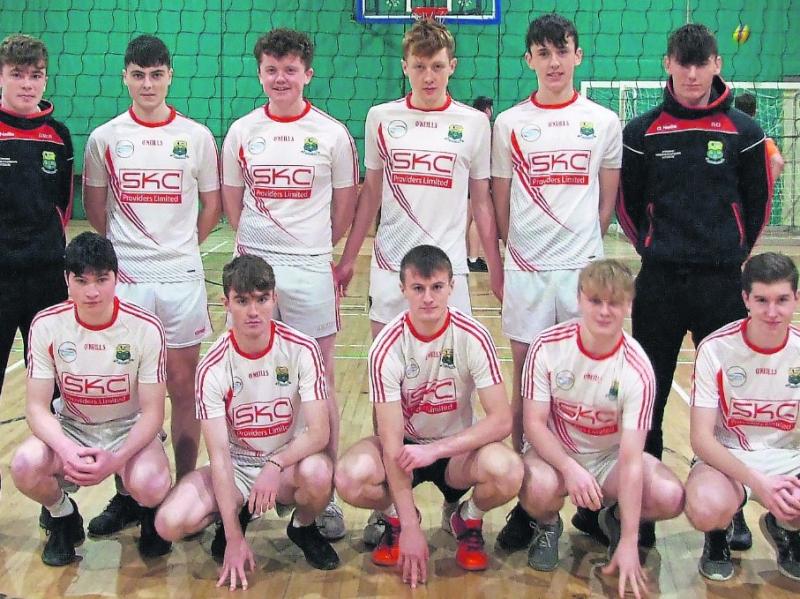 Drumshanbo Senior A and Cadette As got to play on home-ground in the National leagues when Elphin came to the Mayflower.
It was another great day in the 50th anniversary year of volleyball.

Both Elphins asked questions early in the matches but Drumshanbo eventually took over.

DRUMSHANBO VS BEAT ELPHIN CC 25-14, 25-15, 15-8
Drumshanbo Seniors got back to winning ways after their tough trip to Limerick. Drumshanbo had a perfect start with outstanding spikes from Cathal McGourty and Emmett Moran.

But then, very accurate serving from Elphin found weak spots and the Ros college led 6-3. Drumshanbo got back to form and, when a Brendan Gunning block levelled it at 8, they surged 13-9 ahead thanks to a run of serves from Evan Foley. Ronan Moran made his senior debut and set up Barry McWeeney for a series of spikes as they increased their lead.

Elphin repeated the dose on Drumshanbo in the second set, with aces to weak spots and led 5-2. At 6-7 they showed brilliant defence, withstanding a barrage of attack from McWeeney and McGourty. They led 11-10 but Gareth Gilmartin went to serve.

He gave an exhibition with 10 in a row, most of them jump serve aces. McWeeney and McGourty set by Peter Winters finished off the set with very crisp hitting.

In the final set Daniel Curran played better and better as the set progressed, hitting a winning spike before the end. 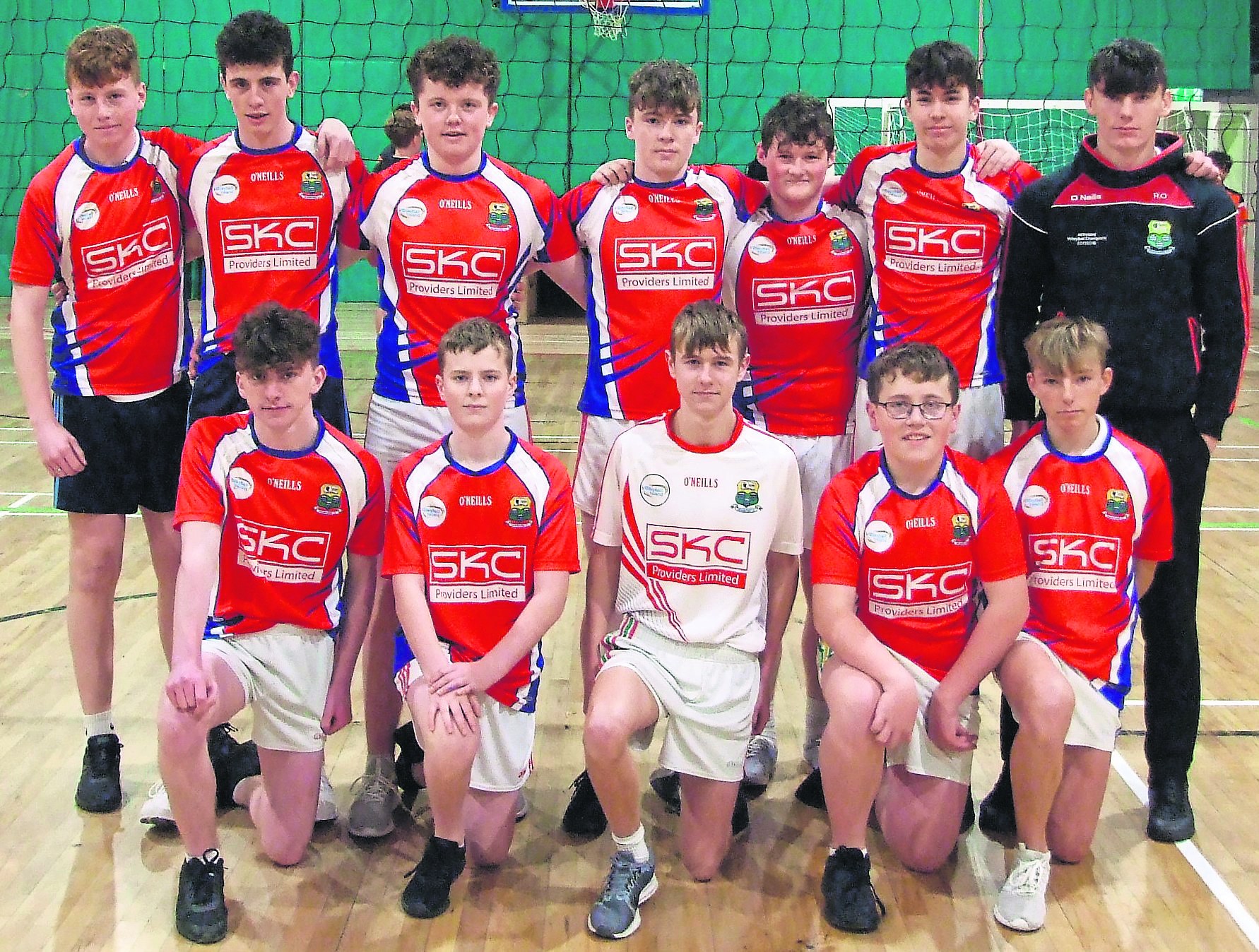 Two years ago, the core of this Drumshanbo team never dropped a set on the way to winning the Junior All Ireland for the first time this millennium.

This year they cruised by Galway schools St Brigid’s Loughrea 25-14 25-15 and Athenry 25-10 25-17. But, suddenly they went to ground in the first set at home against an Elphin side that was also very good at Junior two years ago.

Drumshanbo were missing Radaslaw Oberwan, Conor Flood (both Gaelic Football county U16 players), Shane McKeon and Gareth Corcoran from the squad of two years ago but Elphin were also missing three of their starting six.

Totally lost at the start, it took Arkadiusz Oberwan serves to recover Drumshanbo from 0-4 down to 4-5. Finally, on Ciarán McMurrough’s aces, they levelled at 9 and led 11-9. Back came Elphin and the sides were level on each point from 11 to 15.
Then Elphin found many holes in the Drumshanbo defence causing confusion for Drumshanbo players. Soon it was 23 -18 and the set was lost.

Drumshanbo reorganised their six but trailed 1-3 at the start of the second set. They recovered by 4-4 but it was level 3 times to eight. Then Drumshanbo led 13-10, with fine hits from Karl Winters and Eoin Guckian before Elphin again levelled at 13. Daniel McWeeney serve four bullets to open up a 20-14 lead.

At 21-16 there was an unforgettable rally of 53 touches. In the beginning, Oberwan and McMurrough had to make spectacular stretches to keep Drumshanbo in it. Later, Elphin defence was spectacular under a barrage of hits from Ronan Moran.

One commentator said “Whoever wins this, will win the match”, and they were right as Moran, found space at last. Moran then aced on to set win.

He also gave Drumshanbo a 3-0 lead in the third where Guckian fed Winters to spike. Winters also ran a perfect combo with Oberwan at 4-2. Again Elphin fought back and the score was level at 8, 9, 11 and, after the change of ends, at 13-13.

McWeeney’s deep volleys then began to hurt, whereas Seán Moran, the libero, was collecting all the deep ball that Elphin tried.

More McWeeney’s aces gave them a 23-15 lead and with Ronan Moran commanding the defence right through, they overcame Elphin’s shock first set start.