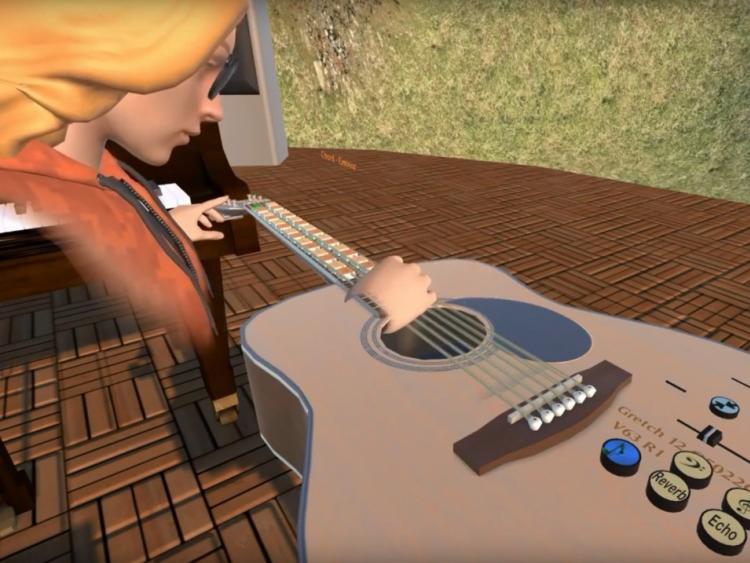 Based in Keshcarrigan, SkywatcherVR is an independent virtual reality software development and publishing company and they recently launched their first app 'Instrument Studio VR', which was launched for the Oculus Rift earlier this month.

'Instrument Studio VR' is a complete virtual recording studio with "all the instruments and equipment needed to make a record."

'Instrument Studio VR' has already been receiving very positive reviews and has been nominated for an award in the DreamlandXR: Music, Technology, and E-Sports Festival at CES which is set to take place from January 6-10 at various locations on the Las Vegas Strip.

#InstrumentStudioVR award nomination DreamlandXR: #Music, #Technology, and E-Sports #festival at #CES - Best Animated Educational Project. Please RT & Vote for us before 1/Jan, to get to the last 2 and enter the final Judges Round. #DreamlandXR #CES2020 https://t.co/s9xpKHnWV2 pic.twitter.com/wkgwkR9TIv

Skywatcher VR are asking for the people of Leitrim to support them by voting for them in the prestigious competition by clicking here to vote for them. The DreamlandXR Online competition is the only program of its kind where the general public both nominates and votes for the winners through their website.

The app was developed by Paul Cullen who spent the past two years learning to develop for VR, initially developing a simple virtual drumkit in 2017.